Preventing dehydration while running is hard. If you’re running long distances or running in hot temperatures, it’s very easy to become dehydrated, and that not only can hurt your immediate performance, but it also can hurt you in the long run (pun intended).

It may seem impossible to keep the juices flowing while running, but what many don’t realize is that they don’t have to keep a water bottle in their hands to keep their H2O levels up. Here are a couple of tips and tricks seasoned runners know that allow them to stay hydrated during their longer runs and not worry about suffering the effects of dehydration afterward. With this advice, you’ll be race ready in no time.

1. Hydrate before your run

Here’s an important technique to staying hydrated that many new runners, and even veteran runners, don’t practice. Everyone drinks water after they run, but it’s also imperative that you drink water before you run, too, to prep your body for the loss in water it’s about to face. Runner’s World advises that you drink eight to 16 ounces one to two hours before a run — sports drinks are OK, too, as long as they’re paired with water. Stop drinking after about 16 ounces, so as to avoid extra fluids and extra bathroom trips, and then drink another four to eight ounces right before you start. That way, you’ll be well hydrated before your run, but you won’t have an excess of water rumbling around in your stomach.

Still not convinced that pre-run hydration is important? Runner’s World reported on a 2010 study conducted by the Journal of Athletic Training that found that runners who started a 12K race dehydrated on an 80-degree day finished about two-and-a-half minutes slower compared to when they ran it hydrated. That is because dehydration causes your blood volume to drop, which in turn lowers your body’s ability to transfer heat, forcing your heart to beat faster and making it harder for your body to meet aerobic demands.

Case in point: Drink a water bottle or two before you set out to run. A little training prep goes a long way. 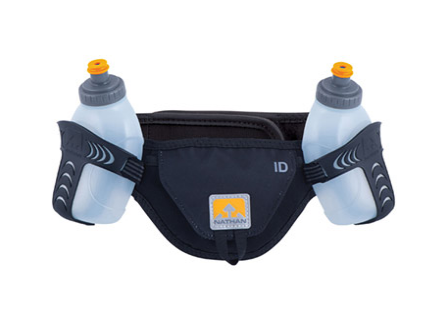 2. Wear a hydration belt during your run

Once you’ve hydrated pre-run, it’s also important to determine how you are going to take in fluids during your run. Many experts suggest that runners should make sure they are drinking at least three to six ounces of water every 15 to 20 minutes of a run, as long as that run takes under one hour. If you’re running for more than an hour, you should plan on drinking every 15 minutes.

But as we said earlier, drinking while on the run is easier said than done, and that’s why many enlist fancy running gear like hydration belts to keep the water flowing. You don’t have to be an expert runner to tie one of these on — you just have to be a smart one, and you can get the belts at any running or athletic goods stores.

So how do these fancy belts work? You simply clasp them on around your waist; they hold up to four six-ounce bottles. They give you easy access to water and don’t require that you hold the bottles in your hands. What’s more, they’re form-fitting and adjustable, so you don’t have to worry about them falling off or getting in the way. Many expert runners give them two thumbs up. 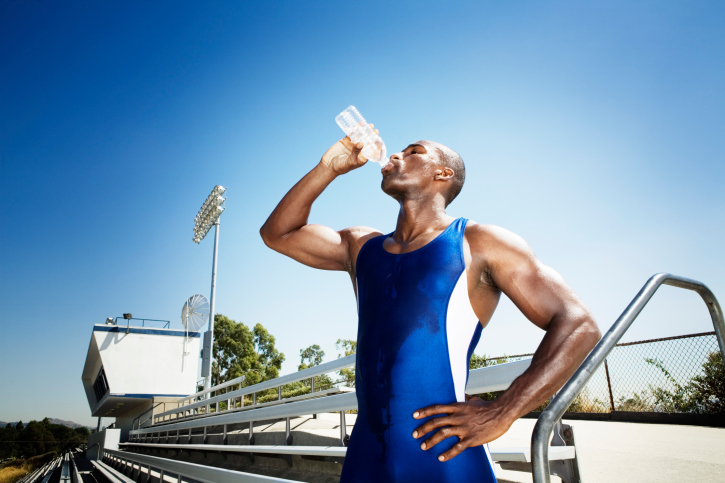 3. Set up water stations along your training course

If you wish to forego the hydration belt, you also have the option of hiding water stations along your training course so that you know where certain water bottles are and where you can take a quick break for hydration. During official races, water stations always line the course, but you can mimic that technique by setting up your own bottles. Depending on the length of your run, pick two to four spots to stash a water bottle. Stick to the three to six ounces every 15 minutes rule and plan accordingly. The water stations will give you good places to catch your breath, and they’ll also ensure your blood volume doesn’t drop. 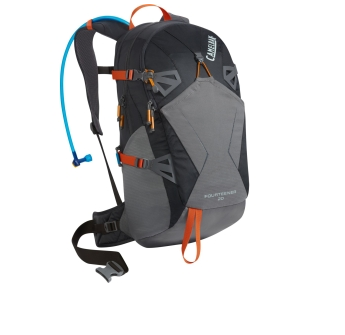 4. Equip yourself with a hydration backpack

Last option: You can arm yourself with a hydration backpack. Yes, it is as cool as it sounds. As its name would suggest, hydration backpacks are worn on the backs of runners, and they allow runners to drink without using their hands by dispensing liquid through a straw and cap that is attached to the pack. Inside the pack is a “bladder” that holds fluids and can easily be refilled. While a small waist pack usually has the capacity to carry 70 ounces of fluid, larger backpacks with more than one bladder can hold over 3 liters of liquid. They give runners the opportunity to drink water at any time and not have to feel the weight of the fluid by dispersing it evenly over a person’s surface area.

Now you really have no excuse for not hydrating during runs. Strap on a belt, pull on a backpack, or simply plan ahead and arrange for quick water break along your route. 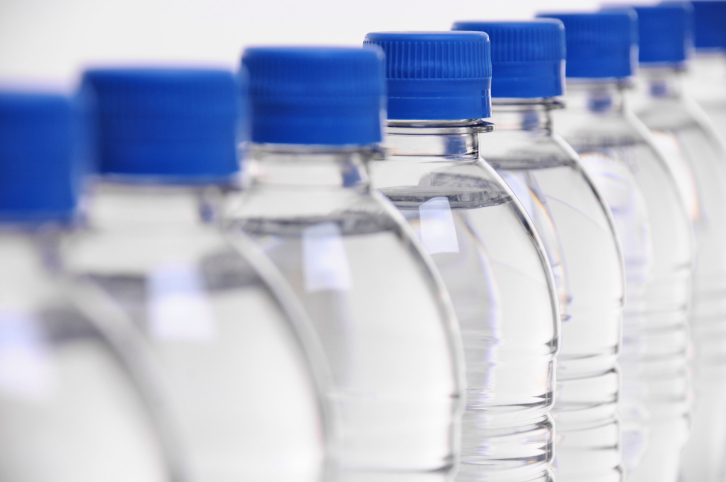 5. Hydrate after your run

The ever-important post-run hydration is the last thing to note today. Typically, everyone drinks some form of fluid after their workout, whether it be water or a sports drink, but it’s also important to drink enough of that fluid, and also drink the right kind. Read: Drinks like soda and juice don’t properly hydrate you after a run.

To make sure you are sufficiently hydrating after a run, you should consider weighing yourself before and after exercising to help determine the amount of fluid you lost during your workout. Then, you can apply the general rule that for each pound lost during your run, you should drink up to 24 ounces of fluid. If your body weight increased, you have over-hydrated, and you should drink less fluid in future exercise sessions. You should also take note of the color of your urine following your workout for the day. If your urine is dark yellow after your run, you need to keep rehydrating, as it should be a light yellow color. You don’t need any advice how to drink water after your run– just drink it, and drink enough!