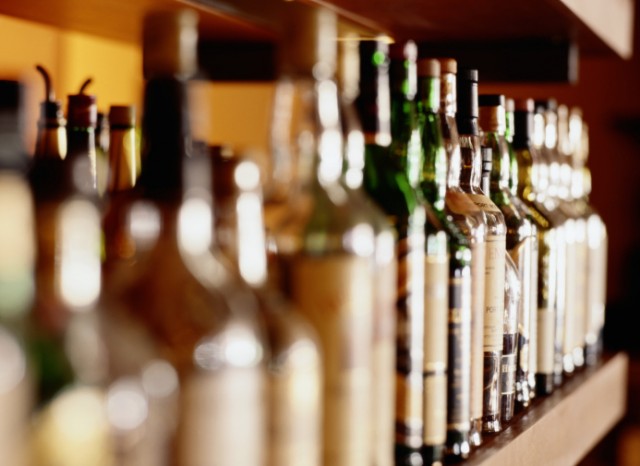 Ask a scientist or healthcare expert and they will give you a slew of reasons why you should moderate and control your alcohol intake. Chronic heavy drinking of alcohol has been associated with health risks like anemia, cancer, cardiovascular disease, cirrhosis, depression, seizures, gout, high blood pressure, nerve damage, and pancreatitis. And if you ever needed a reason to reassess your alcohol intake, here it is: Scientists conducted a survey of middle-age American adults and found that alcohol consumption and memory impairment are correlated.

“We already know there is an association between dementia risk and levels of current alcohol consumption — that understanding is based on asking older people how much they drink and then observing whether they develop problems,” said lead researcher Dr. Iain Lang to the Mail Online. “But this is only one part of the puzzle and we know little about the consequences of alcohol consumption earlier in life.”

The scientists, who published their findings in the American Journal of Geriatric Psychiatry, asked their subjects questions about whether they felt the need to cut down their drinking, if have they been annoyed by critiques of their alcohol intake, if have they felt bad about drinking, and if they have ever had a drink to get rid of a hangover.

“What we did here is investigate the relatively unknown association between having a drinking problem at any point in life and experiencing problems with memory later in life,” said Lang. “This finding — that middle-aged people with a history of problem drinking more than double their chances of memory impairment when they are older — suggests … that this is a public health issue that needs to be addressed.”

Cognitive decline and memory loss with age is often believed to be a normal part of aging — 1.9 percent of brain shrink per decade is the norm — but according to the Centers of Disease Control and Prevention, there is a self-reported increased level of memory loss in the elderly community. The World Health Organization (WHO) further reports that 35.6 million people are living with dementia; that value is expected to double by 2030 and triple by 2050. WHO further warns that the economic impact of dementia is estimated to be $604 billion in the United States alone.

Earlier this year, scientists from the University of Iowa found another risk factor for memory loss: stress. According to the researchers, who published their findings in the Journal of Neuroscience, having high levels of cortisol (the hormone released when people are stressed) can cause memory loss as people age. Having short-term spikes in cortisol is normal, but prolonged stress results in high cortisol levels for a longer period of time – this can impact memory in the aging population.

“Stress hormones are one mechanism that we believe leads to weathering of the brain,” said Jason Radley, an assistant professor in psychology at the University of Iowa and corresponding author on the paper, in a university press release.

While most studies surrounding memory loss are preliminary — and require many years, if not decades, to find conclusive answers — they are a step in the right direction in warning people about daily lifestyle habits they can adopt to lower their risk of memory loss. For instance, watching alcohol intake and leading a low-stress lifestyle are two things a person can control to prevent aging-induced memory loss. Harvard Medical School’s Special Health Report advises seven steps for preventing memory loss: exercise, not smoking, maintaining a healthy diet, continuing learning, getting a good night’s sleep, and taking vitamins.