Ending Childhood Obesity: What the U.S. Can Learn From New York City 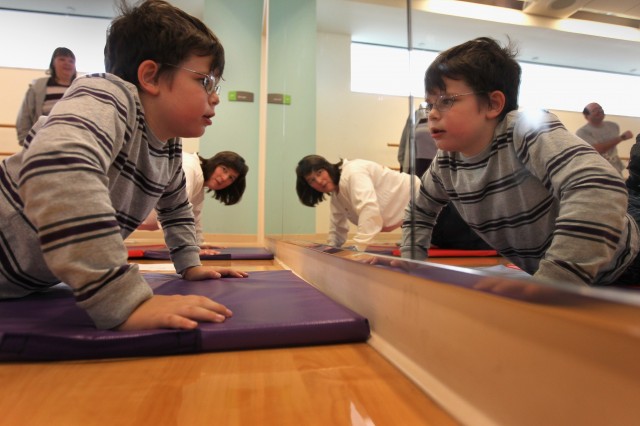 New York City’s anti-obesity efforts have proven a marked success, writes NBC News. A study by the New York City Department of Health and Mental Hygiene indicates nearly a 10 percent drop in severe obesity rates from 2006 to 2011 among the city’s public school students.

According to Reuters, the study was “based on height and weight measurements of 947,765 children attending public schools in kindergarten through eighth grade.”

From where does this success stem? A great deal of it seems to be related to the government-sponsored Move to Improve program. “It trains public school teachers on ways to incorporate fitness into classrooms,” says Christine Johnson of the Department of Health and Mental Hygiene. By incorporating simple physical activities — such as walking in place or standing at desks — into lessons, teachers engage students in the material at hand, while also promoting healthy physical activity within the classroom.

In addition to the upsurge in physical activity spurred by Move to Improve came a government-mandated overhaul of lunch menus in New York’s public schools. This has proven especially influential because public schools in New York provide free meals for the majority of their students. The nutritional standards set at school tend to inform students’ eating habits after school and at home.

“Severe obesity among NYC public school students in grades K-8 decreased 9.5 percent from the 2006-07 school year (when it was 6.3 percent) to the 2010-11 school year (to 5.7 percent), and obesity decreased 5.5 percent (from 21.9 percent to 20.7 percent),” study organizers concluded in their report, which was published in the Journal of the American Medical Association’s JAMA Pediatrics.

This downward trend is considered a critical victory in the nation’s ongoing fight against obesity. The numbers, while not extreme, indicate the reversal of a forty-year trend. According to the Center for Disease Control and Prevention, “childhood obesity has more than doubled in children and quadrupled in adolescents in the past 30 years.” The CDC also notes that obese children are at serious risk for cardiovascular disease, diabetes, bone and joint issues, and many other physical and psychological disorders.

While the beginnings of a downward trend are promising for the future of our children, it is important to continue inculcating these healthful habits in the generations to come.

Johnson feels cautiously optimistic: “We have done a lot in schools. But kids are exposed to a lot when they walk out the door,” she said. Further governmental mandates and incentive programs are the works in New York City, all which work towards a better and healthier future for children living and learning in the city.

The success seen in New York is noticeably bucking the national trend. The success indicated by the New York City Department of Health and Mental Hygiene’s study may inspire other cities and communities to follow suit in the coming years.

One such opportunity for schools on a nationwide scale is Michelle Obama’s Let’s Move campaign to combat childhood obesity. The program offers a variety of opportunities for communities, families, and schools to physically motivate children from a young age.