FDA Gives Tanning Beds New Regulations, But Will It Curb Teen Use? 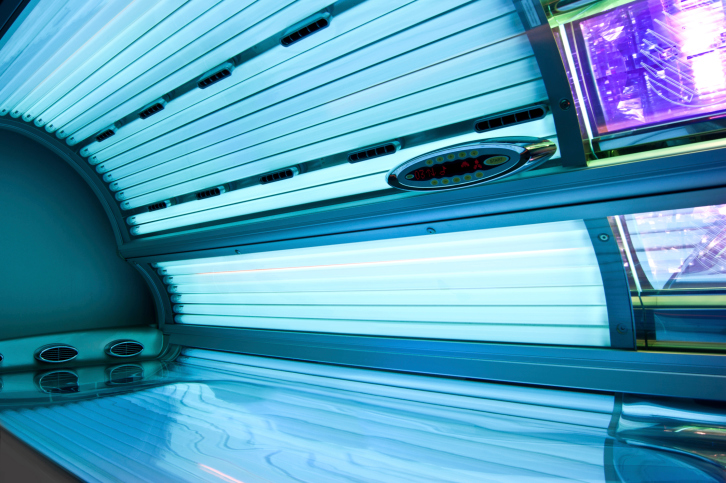 The Food and Drug Administration (FDA) fired a shot in the fight against indoor tanning and skin cancer Thursday, but it may have little impact. From now on, sunlamp products–including tanning beds and booths–will be required to carry a warning that they should not be used by children or persons under the age of 18. Additional requirements concerning marketing were passed as well. Exactly what would be mandated for marketing was vague, but FDA clearance will now be needed before a device manufacturer can promote its sunlamp product. The new materials will include further warnings about the health implications associated with tanning beds.

In a press release about the order, Jeffrey Shuren, M.D., director of the FDA’s Center for Devices and Radiological Health explained why it is necessary for people under 18 to be alert to the risk they are exposing themselves to. “The FDA has taken an important step today to address the risk to public health from sunlamp products,” Shuren said. “Repeated UV exposure from sunlamp products poses a risk of skin cancer for all users—but the highest risk for skin cancer is in young persons under the age of 18 and people with a family history of skin cancer.”

When people expose themselves to UV radiation–like they do with indoor tanning–the American Academy of Dermatologists explains they increase their risk of developing melanoma by 59 percent. Melanoma is the deadliest form of skin cancer, and any action that could lower rates is to be applauded, but the FDA’s newest regulation only includes one aspect of what researchers at the Centers for Disease Control and Prevention (CDC) recently said could curb the use of sunlamp products by teens and young adults.

Published in JAMA Dermatology in February, the study by the CDC researchers found that tanning is common for high school students, especially for older, white, non-Hispanic females. The study made use of data from the 2009 and 2011 national Youth Risk Behavior Surveys, questionnaires which collect information from high school students around the country. Those who reported tanning were also more likely to engage in other risky health practices, “such as smoking cigarettes, binge drinking, illegal drug use, and sexual behaviors linked to unintentional pregnancy and sexually transmitted diseases.”

Delving deeper into the data, the group with the highest usage rates were non-Hispanic, while females aged 18 years or older. A warning sign for age restrictions that cuts off at 18 could have scant effects on a group already engaging in other risky behaviors and beyond the limitation. The report also stated that tanning is potentially seen by young adults as a way to improve appearance. The same groups who reported tanning also said they used unhealthy weight control methods, played sports, and ate fruits and vegetables.

The researchers called for “coordinated multifaceted interventions” in order to reduce the use of tanning beds by young adults. One of those did include the FDA’s reclassification of sunlamp products, then only a proposed change. However, it added that do to the association between tanning and other risky health practices, more would need to be done. “Evidence from a US Preventive Services Task Force review46 suggests that behavioral counseling by a primary care physician can reduce UV exposure, including indoor tanning, among fair-skinned persons aged 10 to 24 years,” the researchers explained. “Among young women, appearance-focused behavioral interventions stressing the aging effect of UV radiation on the skin using self-guided booklets, videos on photoaging, and sessions with a peer counselor reduced indoor tanning by up to 35%.”

The new FDA regulations remain only one aspect of the current thinking on how to get teens out of the tanning bed, and it cannot be the last given that other interventions prove effective. “I think it’s important to understand the prevalence of indoor tanning and its relation to other risky behaviors,” Gery Guy, Jr., the lead author from the CDC, told Reuters. It is through an understanding of this relationship that an effective campaign against sunlamp products and indoor tanning can be crafted.