Feeling Down? 6 Feel-Better Foods to Boost Your Mood

If you’re feeling down in the dumps, it may be time to head to the kitchen. Certain foods, particularly those that are nutrient-rich and filled with vitamins and minerals, have the amazing ability to boost our moods. Interestingly, what we eat plays a surprisingly large role in how we’re feeling.

“If people would eat an actually nutritious, natural diet, they would notice very significant mood enhancements,” ethnobotanist Chris Kilham said in an Upwave article via CNN. Something to keep in mind: While eating certain foods does positively affect how you’re feeling, it also shouldn’t be viewed as a free-for-all when you’re in a bad mood. This means you should only eat when you’re hungry, stop when you’re full, and practice portion control. Here are 6 feel-better foods that can help boost your mood.

If you reach for chocolate when you’re feeling stressed or down, there’s no need to feel guilty. Woman’s Day notes that the tasty treat can help reduce your body’s stress hormones. Additionally, a study published in the Journal of Psychopharmacology explains that cocoa polyphenols, a miconutrient that acts as an antioxidant, has a positive impact on our moods.

The study found that those who drank a polyphenol-filled chocolate drink once daily, which amounts to about 1.5 ounces of dark chocolate, said they felt more content than those who didn’t partake in a daily cocoa fix. “Cocoa boosts brain serotonin. Almost every single antidepressant aims at either enhancing serotonin or keeping it in the brain longer. Chocolate or cocoa does that very well,” ethnobotanist Chris Kilham said in an Upwave article via CNN. 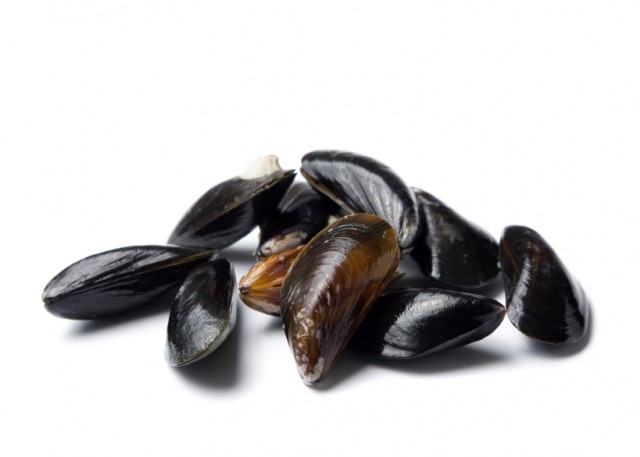 Mussels are packed with vitamin B12, making it an essential, must-eat food. Rodale News explains that the vitamin plays a key role in protecting the brain. When you are able to maintain healthy B12 levels, you are unknowingly preserving the myelin sheath, which insulates your brain cells and helps your brain to stay sharp. Furthermore, Rodale News states that mussels contain trace nutrients, such as zinc, iodine, and selenium, which have the ability to balance your mood.

These nutrients keep your thyroid — your body’s mood regulator — running at its best. The thyroid gland produces and regulates thyroid hormones, which can affect your energy levels, mood, and even weight, according to WebMD. Eating mussels is a great way to get a healthy B12 serving and ensure your thyroid is in tip-top shape. Food & Wine notes that mussels are cheap, easy to cook, and quite delicious, and recommends preparing Steamed Mussels With Tomato and Garlic Broth for a simple and delicious dinner dish.

Fatty fish such as salmon, lake trout, herring, sardines, and tuna are loaded with omega-3 polyunsaturated fatty acids, which researchers believe may help protect against depression. WebMD explains that omega 3s are able to boost your mood because they directly impact the neurotransmitter pathways in the brain. Mood or anxiety problems can result if the pathways that connect particular brain regions do not run efficiently, per WebMD.

Psychology Today states that people who eat fish less than once a week have almost a third higher incidence of mild to moderate depression, particularly when compared to those who frequently eat fish. Ready to increase your fatty acid intake? Psychology Today suggests eating fish three times a week. Try not to overindulge in fresh tuna — it’s a high-mercury food.

Contrary to popular belief, carbs aren’t detrimental to your diet. In fact, they can actually make you feel better. The Massachusetts Institute of Technology explains that eating carbohydrates stimulates your serotonin production. Serotonin is a chemical that helps elevate your mood and suppresses your appetite. On the flip side, if you stop eating carbs, your brain stops regulating that key chemical. Interestingly, MIT’s research found that the brain only makes serotonin after someone eats sweet or starchy carbs.

“When serotonin is made and becomes active in your brain, its effect on your appetite is to make you feel full before your stomach is stuffed and stretched. Serotonin is crucial not only to control your appetite and stop you from overeating; it’s essential to keep your moods regulated,” Judith Wurtman, a MIT researcher, told MIT News. 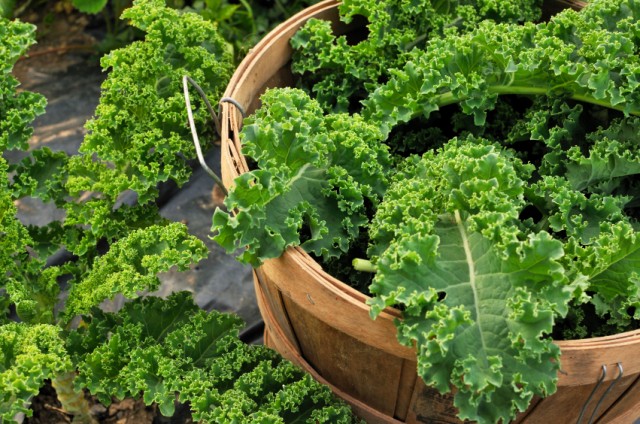 Kale is a nutrient-rich vegetable that is packed with essential vitamins and minerals. The Muse commends kale for its exemplary health benefits, explaining that just one cup provides you with the recommended daily amount of vitamins C, A, and K. In addition, you also get a serving of fiber, protein, and disease-fighting phytonutrients.

Chowing down on this leafy green can also make you feel better. The Muse explains that kale is packed with folate, which directly impacts how you’re feeling. The Washington Post writes that folate, which is also referred to as B9 or folic acid, supports the body’s serotonin regulation. Serotonin then sends messages between your nerve cells, which helps your body determine your mood and regulate your behavior.

Dairy ensures you have healthy levels of probiotic bacteria, which keeps your gut running at its best. Interestingly, a UCLA study found that a healthy gut can also equal a happy mood. The study found that women who ate probiotic yogurt twice a day had less stressful reactions when shown pictures of both angry and frightened faces, proving there is a direct gut-brain connection.

“Our findings indicate that some of the contents of yogurt may actually change the way our brain responds to the environment. When we consider the implications of this work, the old sayings ‘you are what you eat’ and ‘gut feelings’ take on new meaning,” Dr. Kirsten Tillisch, lead author of the study, said. “Time and time again, we hear from patients that they never felt depressed or anxious until they started experiencing problems with their gut.”