Food Packaging Chemicals: How Safe Are They? 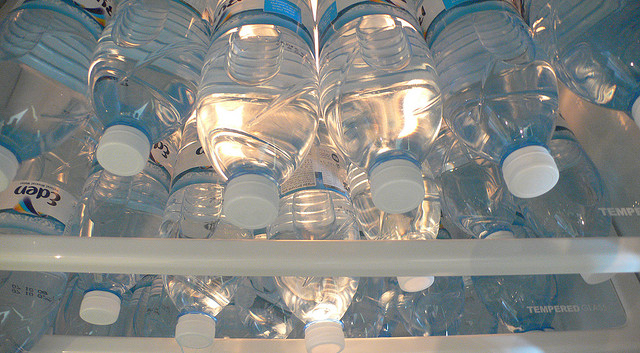 Last week, Medical News Today (MNT) highlighted a paper published in the Journal of Epidemiology and Community Health that unearthed unsettling information about the packaging that continues to store our food. We’ve heard time and time again that many food packages contain synthetic chemicals, but now researchers are saying that these chemicals can leak into the food we eat, and potentially harm our long-term health. Many consumers are aware that chemicals are found in packages, but the problem is that people don’t take the risk seriously because they understand that most of these chemicals are regulated by the U.S. Food and Drug Administration. What they neglect to take into account is how often they consume the packaged or processed foods that are stored in these chemical-laden packages, and that’s where potential problems lie.

MNT explained last Thursday that food contact materials (FCMs) are usually made of plastic or are made out of a synthetic material that is in direct contact with foods. This includes coating, laminate in beverage cartons, or the closures of glass jars. Researchers still are unsure what kind of long-term risk chronic exposure to these FCMs poises, but the environmental scientists responsible for the paper in the Journal of Epidemiology and Community Health believe that serious dangers could be involved. The team believes long-term exposure to these chemicals “is a cause for concern,” and they explain why.

First, they point out via MNT that formaldehyde, a substance known to cause cancer, is used legally in FCMs, along with many other “known toxicants.” Low levels of formaldehyde are most commonly found in plastic water bottles — a product many consumers have tried to stay away from, but continue to take advantage of. Formaldehyde is regulated in FCMs, but the authors believe that chronic exposure to the chemical still could have the potential to increase one’s cancer risk.

Another cause for concern are the chemicals found in food storage products known as hormone production-disrupting chemicals, such as bisphenol A (BPA), tributyltin, triclosan, and phthalates. These are commonly found in FCMs, but are not as well-known as formaldehyde. That’s a problem in and of itself. Consumers aren’t aware of the chemicals seeping into their food. The authors explain that, “Whereas the science for some of these substances is being debated and policy makers struggle to satisfy the needs of stakeholders, consumers remain exposed to these chemicals daily, mostly unknowingly.” The lack of knowledge is the issue.

Lastly, the number of known chemical substances intentionally used in FCMs worries the authors, MNT says, and that number is over 4,000. The combination could be more dangerous than many recognize, especially because toxicology analysis doesn’t take into account potential cellular changes caused by FCMs. This is where chemical regulatory procedures could fall short.

So, what do scientists do? They’ve already worked to inform the public, but these FCMs are found in our everyday indisposable goods. No one is really expecting consumers to give up on the foods that require this packaging until some hard evidence is brought forward, and it could be years before anything is proven. What the authors think we need to do, however, is remain conscious about the possible links between long-term FCM exposure and chronic diseases. According to MNT, they suggest we should begin using population-based assessments and bio-monitoring to uncover any potential associations between FCMs and theses chronic conditions including cancer, obesity, diabetes, and inflammatory disorders. They maintain, “Since most foods are packaged and the entire population is likely to be exposed, it is of utmost importance that gaps in knowledge are reliably and rapidly filled.”