7 Foods You Didn’t Know Were High in Sugar

When you pick up a box of doughnuts or cookies, you’re typically not surprised to see that the offering contains loads of sugar. However, there are also foods that aren’t typically thought of as overly sweet that actually pack a shocking sugar punch. A few things to always keep in mind: Be wary of a product that’s labeled as nutritious, and don’t assume a food is low in sugar just because its brand sounds healthy. Here are seven surprising foods to watch out for. 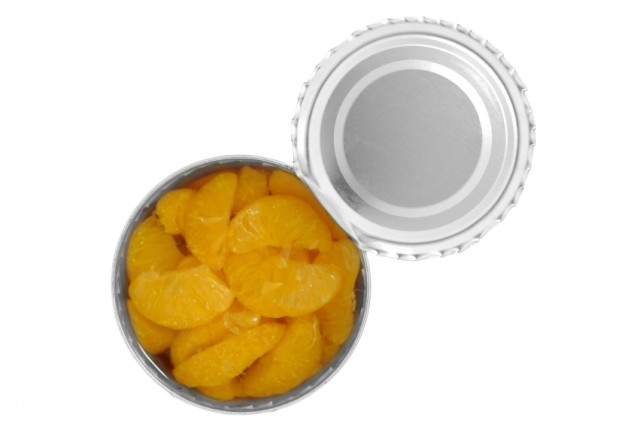 Canned fruit is full of tons of preservatives and sugar. | iStock.com

Make sure you don’t assume that everything labeled as fruit is healthy. Web MD writes that packaged or canned fruit is packed with sugar, even those items with labels that say “in light syrup” or “made with real fruit.” This includes products like apple sauce, fruit chillers, and canned fruit.

These packaged fruits are in the same ballpark as a standard-size chocolate candy bar, which contains 27 grams of sugar, according to Women’s Health.

Not all yogurt is equal when it comes to nutrition. Take Greek yogurt, for example. It’s filled with protein and calcium, creating a delicious food that can be eaten as a snack or used as an ingredient in a meal. But when you opt for a flavored yogurt, Cosmopolitan reports that it can contain up to 20 grams of sugar. An unflavored yogurt contains about a third of the sugar that flavored yogurts have.

Unfortunately you can go overboard on these tasty bars. | iStock.com

If you rely on protein bars for the occasional meal or snack, it may be time to re-evaluate. Men’s Fitness writes that there are 20 grams of sugar in a Clif Builder’s Protein Bar. Many protein bars are advertised to be healthy options for diet-conscious people, but they’re usually packed with unhealthy ingredients. Need more proof? According to Women’s Health, a PowerBar Performance Energy Bar in Citrus Burst contains a staggering 29 grams.

If your diet is already high in sugar, you may want to consider switching out your bars for raw almonds, peanuts, or seeds instead, according to Men’s Fitness. Also, always make sure to read labels first to ensure you aren’t buying a protein bar that’s oozing with sugar and artificial ingredients. 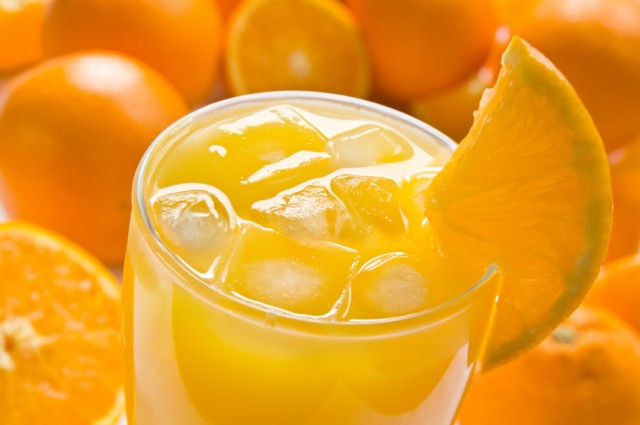 It may contain fruit, but most of the juice is sugar. | iStock.com

Juice is usually thought of as a healthy, good-for-you option. However, its sugar content can be through the roof. Take grape juice, for example. Women’s Health writes that an 8-ounce glass of grape juice is packed with a whopping 36 grams. Additionally, a 10-ounce bottle of pure apple juice can have as many as 32 grams of sugar, according to Everyday Health.

This goes for juice that is labeled as 100% natural juice in addition to those that are labeled as only containing natural sugars. It always pays to read the label, but you should anticipate juice usually being extraordinarily high in sugar. The worst part? Juice isn’t filling, and it certainly won’t curb your hunger. Rather than reaching for juice, Everyday Health recommends choosing fresh fruit instead. Yes, it’ll have sugar, but it also has filling fiber, making it a more satisfying choice.

Bottled teas could have more sugar than soda. | iStock.com

Just because it has the word “tea” in its title doesn’t mean it’s good for you. Many people reach for a bottle of iced tea when they’re thirsty — after all, it’s a cool, refreshing drink that’s often deemed as a healthy food. The next time you reach for a bottle of sweet tea, though, take a moment to look at its label. You will probably have to do a double take when you see the sugar content.

Men’s Fitness writes that drinking one 20-ounce bottle of Arizona Iced Tea with Lemon contains a staggering 59 grams. If that doesn’t seem like a lot, think about it like this: You could eat two normal-size chocolate bars for 54 grams. Your best best here is to forgo the iced tea and stick to good old-fashioned water. If you need a hint of flavor, try soaking some lemon or lime slices in a pitcher of water overnight for a taste of citrus.

Dried fruit is a great snack in moderation. | iStock.com

Dried fruit has its advantages. It’s high in fiber, vitamins, and minerals, offering plenty of overall health benefits. However, indulging in too much dried fruit can cause a sugar overload. According to Everyday Health, just five to six pitted dates can contain 32 grams of sugar.

This isn’t something you need to give up entirely. Instead, make sure you monitor how much you’re eating, and stop after a few pieces of dried fruit. Avoid dried pineapple, banana chips, cranberries, and watermelon, per FitDay. 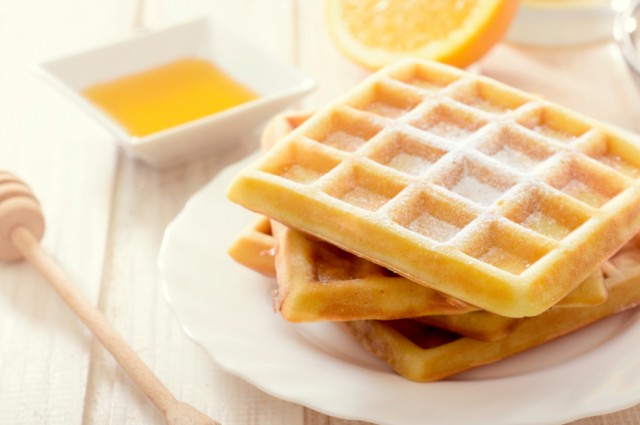 Don’t put too much syrup on top of your waffles. | iStock.com

When you think of frozen breakfast foods that include items such as sausage and cheese, you might not expect them to be high in sugar. Surprisingly, these foods are typically bursting with sugar. For example, Web MD writes that a Jimmy Dean sausage and cheese croissant breakfast entree can contain up to 21 grams per serving.