10 Surprisingly Unhealthy Foods You Eat All the Time

You’ve tried to eat well, cutting out sugar and other processed foods that just aren’t good for you. You’re eating more veggies like kale and Brussels sprouts, and your idea of working out has changed from walking up the stairs in your office to actually hitting the gym a few times per week. Still, it’s easy to be fooled by clever marketing and misguided “wisdom” that actually steers your diet habits in the wrong direction. Some foods just aren’t as healthy for you as you might think.

Most of these items are better for you than a candy bar, but don’t be tricked into buying foods you think are healthy. Putting it on a label doesn’t always make it so. However these foods make it from the grocery store to your kitchen, it might be time to cross them off your list of guilt-free foods. 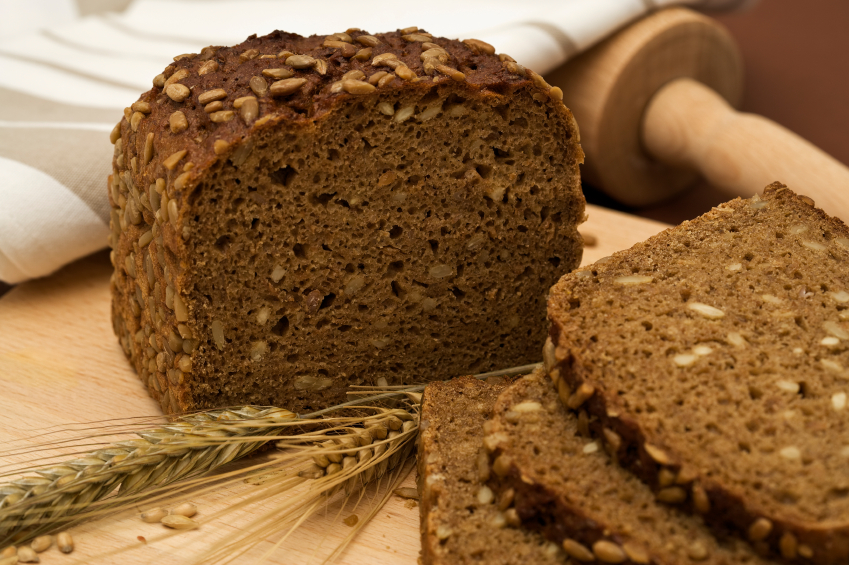 The reason white bread has become the enemy of the health world is not only because of its sugar content, but also because it’s made with refined grains. Refined grains are milled to increase their shelf life and provide a finer texture, but the process also strips the grains of nutrients like fiber, Mayo Clinic explains. Whole grains are preferable, and they can contain nutrients like magnesium and potassium on top of the fiber.

The problem is that many whole-grain and multigrain breads contain some whole grains, but are still mostly made with refined grains. Depending on the type you purchase, some loaves could have as much as 70% in refined grains — a far cry from true whole-grain bread. Muscle & Fitness suggests reading the nutritional label (not the marketing words on the front) to make sure “whole grains” or “whole wheat” is the first ingredient on the list. 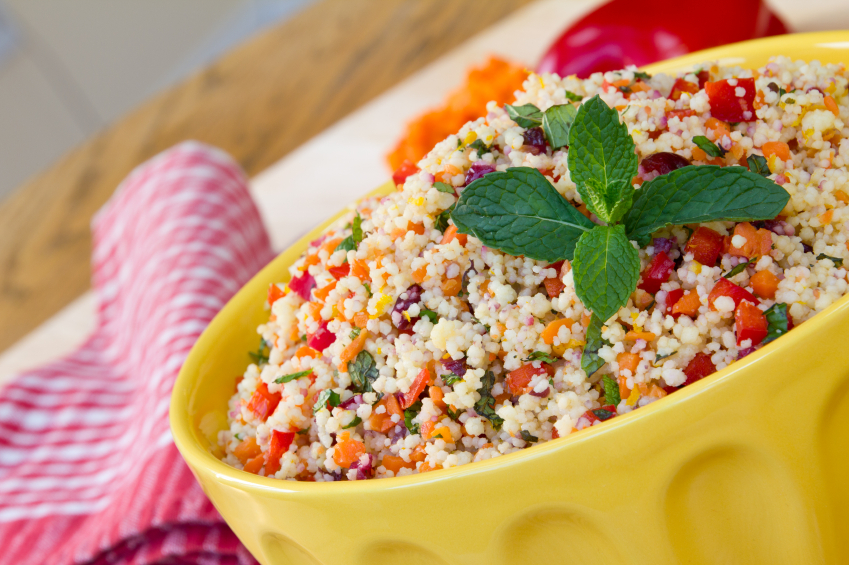 This tiny pasta was pegged as a health food, perhaps because it wasn’t well-known and could be sold as such to unsuspecting shoppers. But couscous is really just another form of pasta, and like many breads is made mostly with refined grains, Best Health reports.

If you’re looking for a true grain that will fill you up with nutrients you actually need, the publication suggests substituting couscous for bulgur or quinoa, which truly are whole grains. If you’re committed to couscous, look for whole-wheat versions. 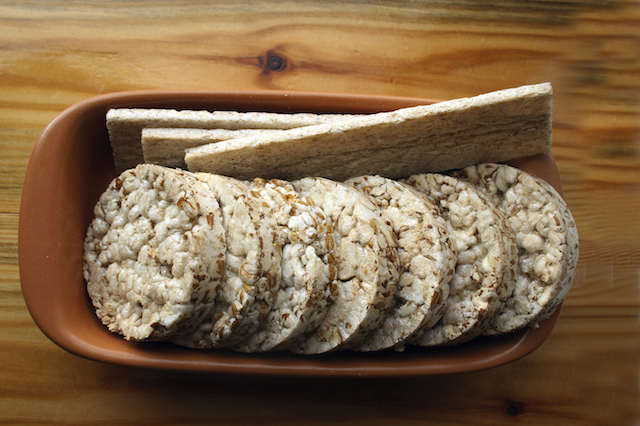 Are you seeing a trend with not-so-healthy grains yet? Not all grain-based foods are unhealthy, but rice cakes certainly don’t add much nutritional value to your diet. They’re low in fat and calories, but flavored rice cakes often go in the wrong direction with artificial flavors and colors. In addition, rice cakes are also a carb-dense food, Reader’s Digest explains, which means they pack in carbohydrates without supplying much else. With hardly any fiber or other nutrients, you’ll be hungry minutes after eating the nutritional equivalent of air.

Prevention suggests switching your rice cakes for whole-grain crackers, which will give you something crunchy to munch on. Choose a whole grain kind that provides fiber without too many extra ingredients, and you’ll be in much better snacking shape. 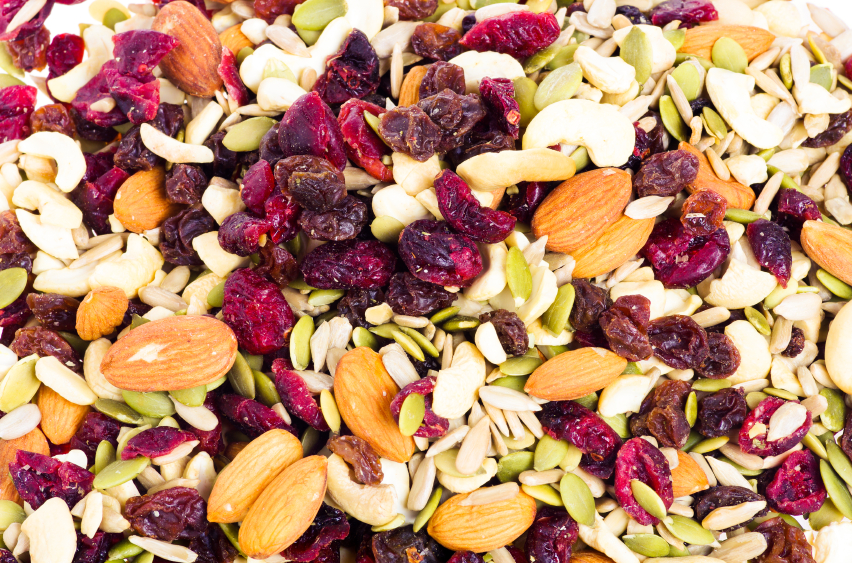 What can go wrong with fruit, some crackers, and nuts? Plenty, if you’re purchasing a store-bought version of trail mix. Some ingredients, like banana chips, can be fried, while other crunchy additions might be incredibly high in sodium. Added candies definitely drag down the health factor, too. Plus, the dried fruit can be almost as problematic as the chocolate you search for in every handful. Muscle & Fitness suggests we think about dried fruit as candy with some fiber included, thanks to the high sugar content and higher calorie count thanks to the preservation process.

If you’re still looking for a mix to take with you on an outdoors weekend, try making your own with an emphasis on nuts and seeds, Reader’s Digest says. Adding a little bit of dark chocolate and dried fruit will allow you to have vices without being too unhealthy. 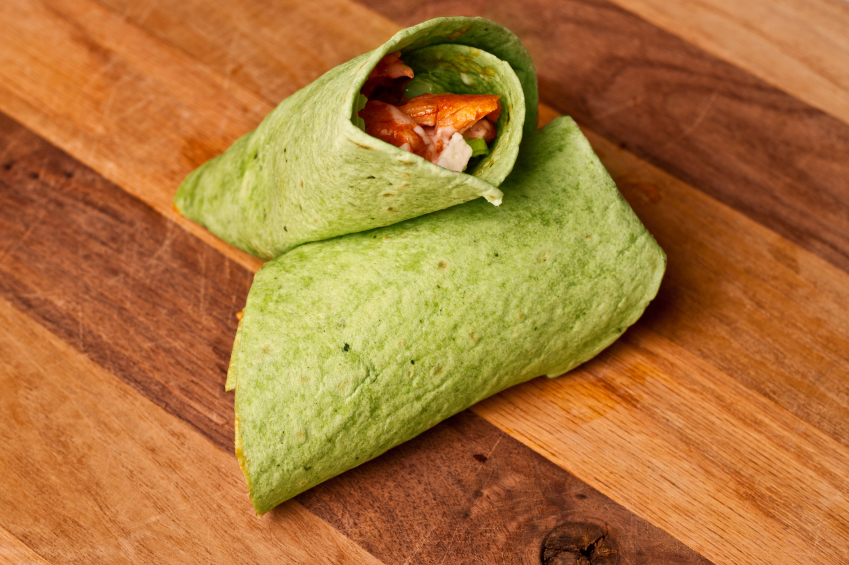 Many pastas market themselves as healthier options because they’re made with vegetables like spinach. But while a spinach-tinted wrap or bowl of pasta might make you feel like you’re getting your greens, you’re much better off sticking with the real thing. “The actual amount of spinach in these green tortillas and noodles is trivial compared with what you would get if you added your own spinach leaves to your wrap or pasta dish,” registered dietitian Sarah Haan writes for SparkPeople.

In many of these wraps and pastas, the spinach additive is more for color than any health benefits. In most cases, the flour used also isn’t whole grain. If you actually want the vitamin B, calcium, fiber, and iron found naturally in spinach, add some of the real thing to your regular whole-wheat wrap or pasta dish. 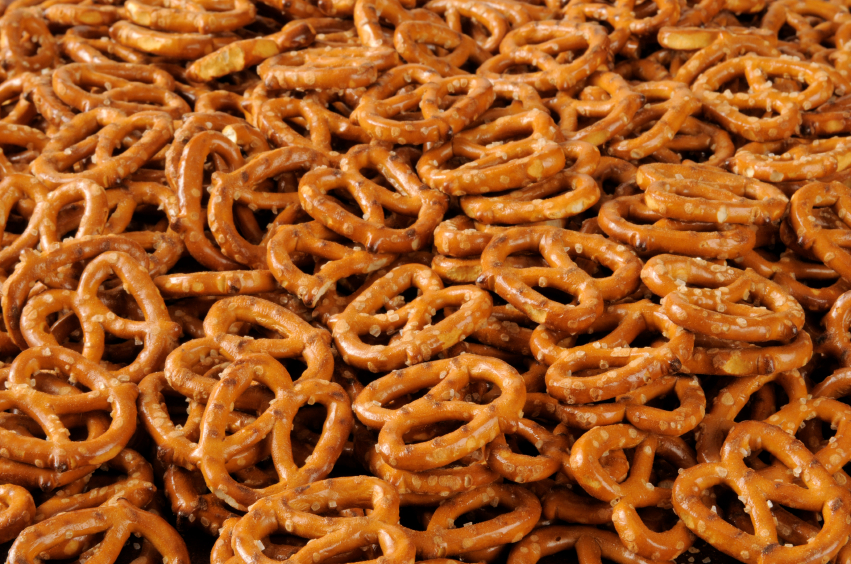 Pretzels aren’t fatty like potato chips, but they definitely give all snack foods a run for their money in terms of sodium content. The Centers for Disease Control and Prevention reports that 90% of Americans eat more salt than they should each day, which may lead to increased risks of heart disease and elevated blood pressure over time.

Just one serving of regular pretzels can contain as much as 611 milligrams of sodium, or about 25% of your recommended daily intake. That’s a whopping amount for a small snack that won’t give you much nutrition. Shape suggests switching to unsalted pretzels and dipping them in mustard for extra flavor. You’ll still get a little sodium, but it will be far less than reaching for the salt-bombed regular bag. 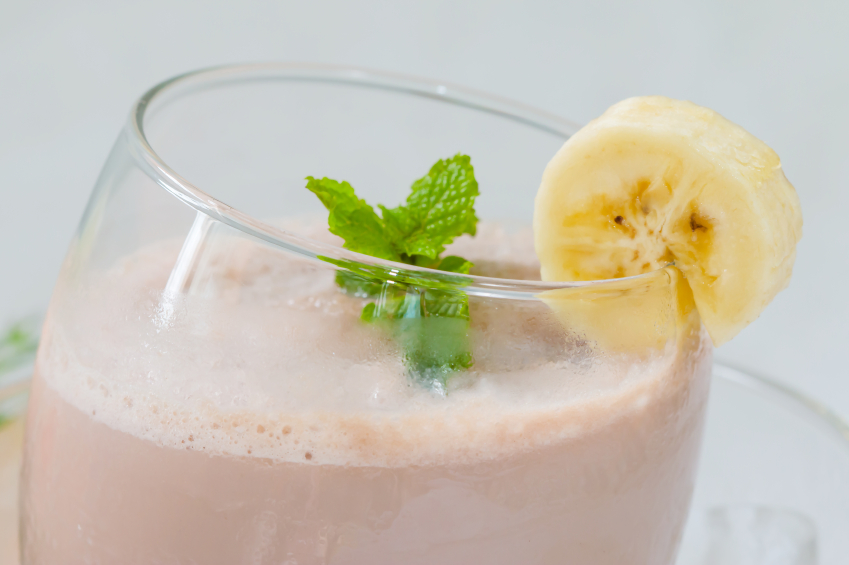 You put fruit in a blender and mix it with a little juice and low-fat yogurt, and you’re making a perfectly healthy choice, right? If you’re making the smoothies at home and are careful to use ingredients without added sugar (bye bye, flavored yogurts), then you’re on the right track. But the trick is to avoid smoothies that look similar but really aren’t that healthy when they’re bought in stores.

Some smoothies start on the right track but then add sugar, ice cream, or sherbet without you even realizing they’re ingredients. In other cases, the large serving sizes are enough to take your treat to unhealthy proportions. Some smoothies can total up to 500 calories, Cooking Light reports. However, the publication also has some slimmed-down versions for trying on your own. 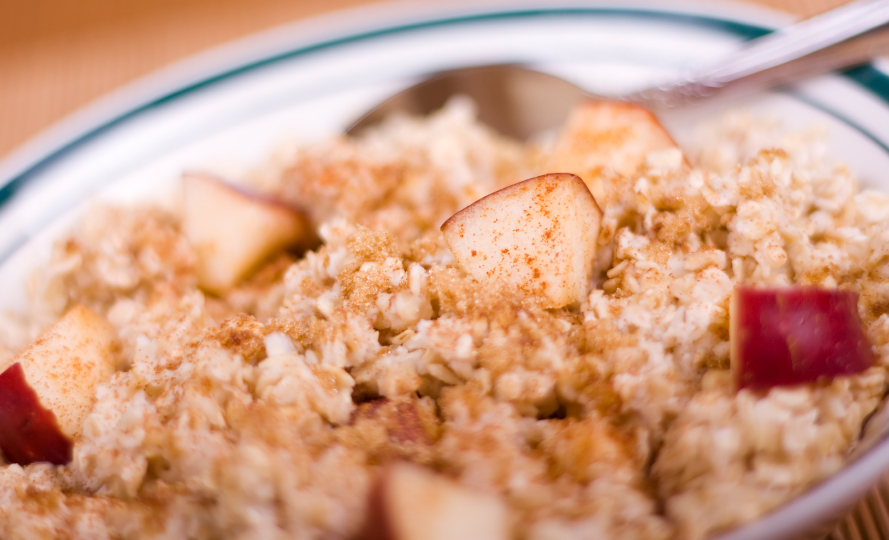 Yes, oatmeal can be a power food to jump-start your morning. But not all oatmeals are created alike. The instant kinds often use unnecessary amounts of added sugar, and they’re sometimes refined as well, taking out most of the fiber. Men’s Fitness suggests buying a tub of instant oatmeal if you’re pressed for time in the morning. It’s normally cheaper than the flavored kinds, and you can add your own fruits or spices like cinnamon without adding sugar you don’t need.

To make sure you’re getting a healthy version, Cooking Light advises you to read the ingredients list — yes, even for oatmeal it’s necessary. The first ingredient should be steel cut oats, whole oats, or whole groats, and should also contain at least 4 grams of fiber and 5 grams of protein per serving to get the full health benefits.

Peanut butter is a naturally fatty food, and cutting down on that fat is a good thing, right? Not so much. Reader’s Digest reports eating the fat from a small serving of nuts is actually a good thing for your health. The calorie count between the types of peanut butter is roughly the same, but the reduced-fat versions include extra sugar to make up for the lack of fat.

The fat in peanut butter isn’t the issue here; it’s the portion size. If you can stick to the 1 to 2 tablespoons each time, you’re better off with the full-fat versions. 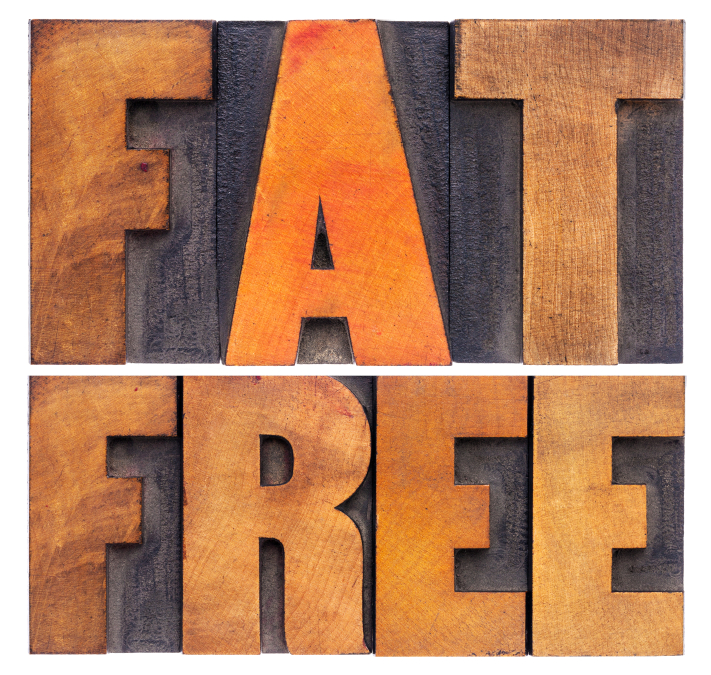 Stay away from “fat-free” foods | iStock.com

While we’re on the topic of fat, skip most foods with labels that advertise being fat-free. For one thing, most fats provide support to necessary body functions as long as they’re in the proper portions. As Muscle & Fitness points out, food manufacturers often have to use trans fats and artificial flavors to keep those foods from tasting like cardboard. When you have the choice between a little fat or a lot of trans fats and sweeteners, go with the regular fat.

Keep in mind that gummy bears proudly proclaim they’re a fat-free food. Just because something says it’s without fat, doesn’t mean it’s good for you. As long as you’re getting the proper doses of naturally fat-free foods, like fruits and vegetables, don’t worry so much about the other fat-free versions of food out there.