How Bananas Could Reduce Your Stroke Risk 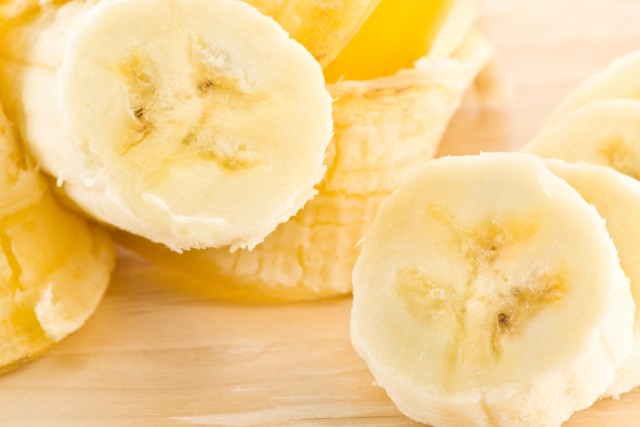 The researchers looked at more than 90,000 subjects between the ages of 50 and 79 to see how much potassium they consumed and also monitored whether or not they suffered strokes. At the start of the study, which took 11 years, all participants were stroke-free.

The findings of the study were published in the American Heart Association’s journal report and are applicable to potassium sourced from food, not supplements; the researchers accounted for potassium intake from natural sources. How much potassium is enough? The World Health Organization recommends that women take at least 3,510 milligrams of potassium per day. For reference, a medium-sized banana contains 430 milligrams of potassium.

“Previous studies have shown that potassium consumption may lower blood pressure. But whether potassium intake could prevent stroke or death wasn’t clear,” said the study’s senior author, Sylvia Wassertheil-Smoller, of the Albert Einstein College of Medicine in New York, in a news release. “Our findings give women another reason to eat their fruits and vegetables. Fruits and vegetables are good sources of potassium, and potassium not only lowers postmenopausal women’s risk of stroke, but also death.”

However, only around 16 percent of women meet the potassium requirement outlined by the World Health Organization, and the U.S. Department of Agriculture recommends that women eat at least 4,700 milligrams of potassium daily. Of the women who did meet these standards, 12 percent were less likely to suffer a general stroke and 16 percent were less likely to suffer an ischemic stroke. The values were even greater in women who did not have high blood pressure, as they saw a 27 percent drop in risk of ischemic stroke and 21 percent reductions in all strokes.

Even more alarming were the findings of potassium in women who had hypertension. In these scenarios, potassium reduced the risk of death, although  it did nothing to reduce the risk of stroke. “Our findings suggest that women need to eat more potassium-rich foods,” added Wassertheil-Smoller. “You won’t find high potassium in junk food. Some foods high in potassium include white and sweet potatoes, bananas and white beans.”

The researchers warn that some women can be adversely affected by potassium-rich foods, especially if they have too much potassium in their blood. “People should check with their doctor about how much potassium they should eat,” advised Wassertheil-Smoller.