How Eating Fruit Can Help You Live Longer 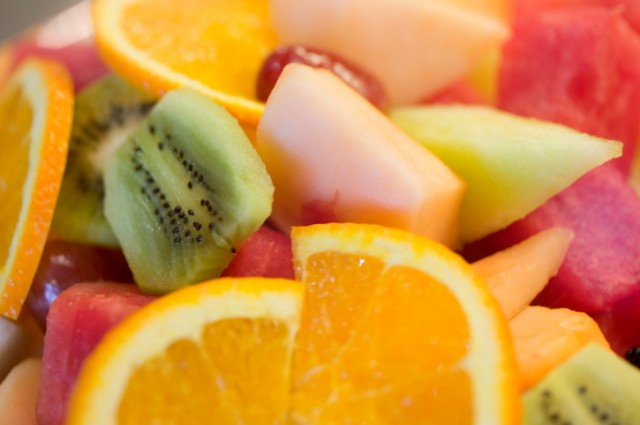 You have probably heard of the age-old saying that “an apple a day keeps the doctor away.” Now, the findings of a new study from Oxford University give that idiom some merit. In the 7-year study, which was presented at the European Society of Cardiology (ESC) Congress in Barcelona by the University of Oxford’s Clinical Trial Service Unit and Epidemiological Studies Unit, and the Chinese Academy of Medical Sciences, researchers revealed the benefit of eating fruit daily.

According to The Telegraph, the study looked at more than 400,000 people from China with no history of cardiovascular disease. The researchers recorded the fruit consumption of the subjects, dividing their intake into five categories: never, monthly, once to thrice a week, four to six days a week, and daily. Their findings showed that the more fruit people ate, the more their risk of cardiovascular disease fell.

More specifically, the researchers found that the difference between subjects who never ate fruit and subjects who ate it daily was a reduced risk of 15 percent. For ischemic stroke, which is the most common type of stroke, the rate of risk fell by 25 percent among those who ate fruit daily. And for hemorrhagic stroke, the rate fell by 40 percent.

“Our data shows that eating fresh fruit was associated with lower baseline BP,” said Du. “We also found that the beneficial effect of fruit on the risk of CVD was independent of its impact on baseline BP.”

But the most surprising finding was a separate analysis of more than 60,000 Chinese subjects, which found that people who ate fruit daily were 32 percent less at risk than those who did not eat fruit.

“Patients with CVD and hypertension should also be encouraged to consume more fresh fruit,” said professor Zhengming Chen, the principal investigator of the China Kadoorie Biobank, in a statement. “Many western populations have experienced a rapid decrease in CVD mortality during the past several decades, especially stroke mortality since the early 1950s, for reasons that are not yet fully explained. Improved access to fresh fruit may well have contributed importantly to that decline.”

Surprised? This finding is not new, as earlier this year, a University College London study found that eating seven servings of fruit and vegetables can reduce the risk of death by a whopping 42 percent.

“Our results show the benefit of eating fruit in the healthy general population and in patients with CVD and hypertension,” said the researchers of the recent study. “Fruit consumption is an effective way to cut CVD risk and should not only be regarded as ‘might be useful’. Policies are needed to promote the availability, affordability and acceptability of fresh fruit through educational and regulatory measures.”