How Morning Sickness Is Good for Your Baby’s Health 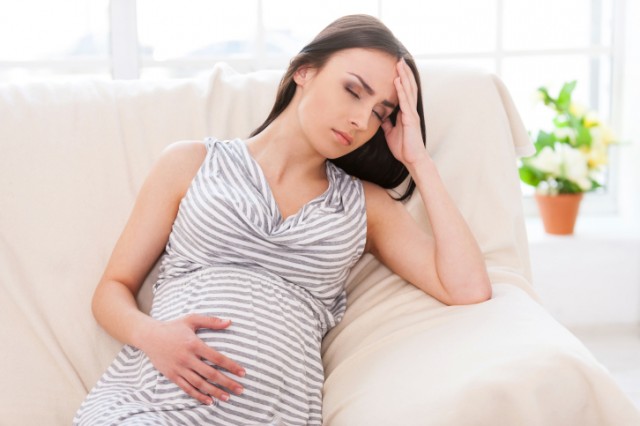 Anyone who has been pregnant — or knows someone who is pregnant — can attest that pregnancy is synonymous with morning sickness (formally known as hyperemesis gravidarum.) According to the National Institutes of Health, 85 percent of pregnant women suffer from morning sickness. The notorious sickness is believed to be caused by a hormone – human chorionic gonadotropin – which is released by the placenta during pregnancy.

But now researchers have found an interesting correlation with morning sickness: those who suffer from it have a lower risk of miscarrying and having a premature birth. The study — which was published in the August issue of the journal Reproductive Toxicology — reviewed hundreds of thousands of pregnancies (more than 850,000 pregnant women) from ten different studies to come to the conclusion. What’s more, those with morning sickness will have children with fewer birth defects and even higher scores on IQ tests.

“Life can be miserable when you have severe morning sickness,” said lead author Dr. Gideon Koren, a pediatrician at the Hospital for Sick Children in Toronto and the founder of its Motherisk Program, to Today. “Some of the women have such severe morning sickness that they even consider termination of a wanted pregnancy, so the ability to tell them there is light at the end of the tunnel, if scientifically correct, is a big tool for us.”

In their study, the researchers looked for correlations between the common signs of morning sickness (read: nausea and vomiting) and premature births, miscarriage rates, birth weight, congenital abnormalities (i.e. cardiac defects and cleft palate), and long-term child development. The scientists found that women without morning sickness symptoms were three times more likely to suffer from a miscarriage, and in women aged 35 and older, morning sickness has a “protective effect” on their pregnancy.

What’s more, the symptoms of morning sickness were also associated with a decreased risk of low birth weight and short body length in newborns, and a mere 6.4 percent of women suffered from premature births. For birth defects, women with nausea and vomiting symptoms were 30 percent to 80 percent less at risk of having children with birth defects. There were also long-term development correlations, as children born to mothers with morning sickness symptoms scored better on IQ tests, language exams, and behavior tests.

“The present analysis reveals a consistent, favorable effect of nausea and vomiting in pregnancy on rates of miscarriages, congenital malformations, fetal growth, prematurity, and better developmental outcomes on standard psychological tests,” wrote Dr. Koren in Reproductive Toxicology. “These findings may stem from a more favorable hormonal milieu in cases of nausea and vomiting in pregnancy, although this hypothesis has not been proven to date. Our analysis indicates that reassuring these women that their severe symptoms may confer favorable fetal outcome in their unborn babies, is logical. While this may not be the case in women experiencing hyperemesis gravidarum, it does seem to be valid for the majority of pregnancies.”

These findings naturally raise the question: will taking medicines to curb morning sickness reverse the new-found benefits of the condition? Dr. Koren explains, as reported by The Wall Street Journal, that the medicines that reduce the symptoms of morning sickness do not alter the body’s hormone levels of human chorionic gonadotropin. Since it is this very hormone that is believed to cause the benefits in the newborn children, as long as the hormone is not altered, the benefits will be present. (Translation: No need to avoid medicines to make you feel better during morning sickness!)

Previous studies had found similar benefits of morning sickness, but they were too small to make a firm conclusion. This larger scale study is the first of its kind since almost a million women were evaluated to come to the conclusions. Now, pregnant women around the world can know that their nausea and vomiting is not for nothing — it could give them a healthy child.