How Much Salt Should You Really Consume? 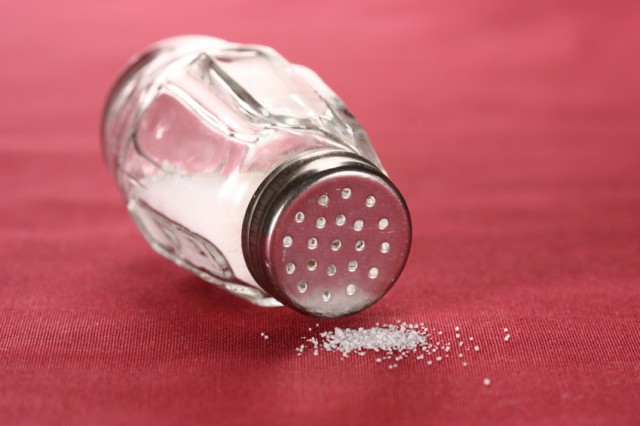 A study by the New England Journal of Medicine has found that salt plays a role in 1.5 million heart-related deaths around the world each year. The researchers behind the study are warning Americans of the risks of taking in too much sodium and even advising that thousands of Americans could save their lives if they reduced their sodium intake by half.

“Americans eat almost three to four times the recommended daily amount of salt,” said Dr. Tara Narula, a New York City-based cardiologist, to CBS News. “Salt is an essential nutrient, but what happens when you get too much salt is it raises your blood volume, and that increased blood volume causes increased blood pressure. And that’s really the link.”

Sodium increases your blood pressure by holding in the excess fluid in your body. This increased blood pressure adds stress to your heart and is responsible for various symptoms and conditions, including artery disease, heart attacks, stroke, enlarged heart muscle, headaches, osteoporosis, stomach cancer, kidney stones, and kidney damage.

If you are consuming more than the recommended amount, then know that cutting back on table salt is one measure you can take to limit your sodium intake. The AHA warns that most of an individual’s sodium intake is not from table salt but from packaged and processed foods, citing that a whopping 75 percent of the sodium in the average American diet can be traced back to processed foods.

“Sodium shows up in canned soups, salad dressings, and even products that don’t immediately come to mind when we think of ‘salty’ foods, such as pasta, bread and cereals,” said Rachel Johnson, a professor of nutrition at the University of Vermont, to the AHA.

Johnson’s advice for avoiding the processed food trap is to look at the nutrition facts label and know what several labels mean. For instance, “sodium free of salt free” means there is no more than 5 milligrams of sodium per serving; “low sodium” means the item cannot have more than 140 milligrams of sodium per serving; and “no salt added or unsalted” does not equate to “sodium free.”

“Whether you’re walking down a grocery store aisle or ordering at your favorite restaurant, there are ways to limit sodium if you know what to look for,” Johnson told the AHA, adding that you can ask servers at restaurants about sodium content and avoid high-sodium items like soy sauce, pickles, and olives.