How to Realistically Unplug From Technology

We’re all guilty of it. As a society we’ve become digitally dependent — and understandably so, as our devices are convenient solutions to problems and make everyday tasks easier. But, they’re a double-edged sword fighting for and against us. Technology takes us out of the physical world, and places us in a digital realm, imperiling real relationships and increasing stress levels. It is a modern-age problem that is hardly new, but begs the question: what would it take for you to look up from your device to view the world around you?

Gary Turk — in his five-minute, spoken word video — addresses that issue head-on, saying that as a society we need to be looking up into the real world more and down at our digital devices less. Children have grown up accustomed to technology everywhere, and people define themselves based on the moments they can share with people they don’t actually see. “Go out into the world, leave distractions behind,” Turk implores his viewers toward the end, telling them to turn off the very device on which they are watching him speak.

We’ve let smartphones, tablets, computers, and other inventions hijack our schedules. As Turk points out, we are missing out on the daily interactions that should define our lives because we are too consumed by crafting that image in a digital realm instead of the real world. Taking small steps back from our devices can have major benefits, but it isn’t practical to go off the grid completely. You don’t need twelve steps to figure out how to step away from a technology centered world, either. Ultimately, breaking with your iPhone or freezing out Facebook boils down to managing time so that you use technology and it doesn’t use you.

“All types of good things happen when you scale back your media use,” says Tom Cooper, PhD, author of Fast Media/Media Fast: How to Clear Your Mind and Invigorate Your Life in an Age of Media Overload told Everyday Health. From better sleep, to stronger relationships, and potentially even weight loss, you have plenty of reasons to start a realistic digital detox, and it only takes mastering two simple premises. 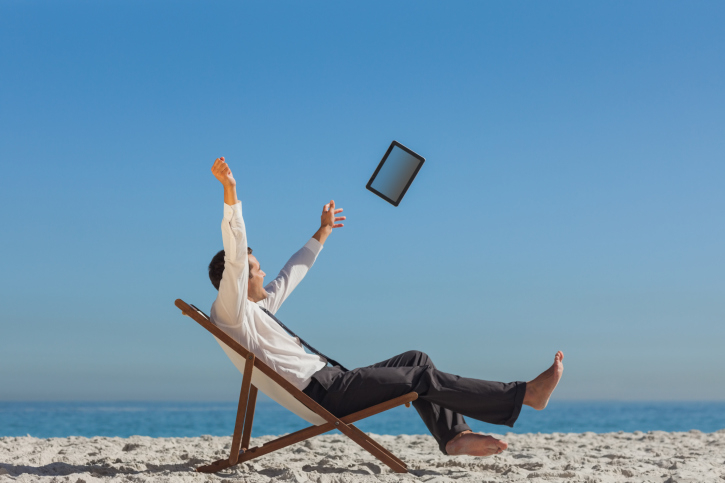 The first item on your realistic digital detox agenda is to figure out how much time you’re actually spending focused on your devices. Mother Nature Network used a post-it note to keep track of how many times Facebook and emails were checked throughout the day to gauge how much attention was being channeled there. Figure out what the biggest time-consuming apps and websites are for you by using the post-it check-in method for about a week. You may not think you’re using Twitter all the time until you see 40 checkmarks for one day alone.

With how you’re spending your digital time tracked, you can then work on setting boundaries for yourself. Carve out times when you won’t check emails or social media, designate computer-free hours or a portion of the day where you turn your phone and leave it in a different room. This applies to after office hours work-related communications too.

“If there are any unpleasant text messages or emails from work-related people — such as a boss, co-worker, clients, customers, or contractors — you may be more likely to ruminate about work-related issues or worries,” YoungAh Park, assistant professor of psychology, said in a Kansas State press release. “It will affect your feelings and behaviors at home, which could further influence people at home.” The press release was for a study that discussed how unplugging from the office after hours can help manage stress, improve relationships, and increase productivity. As a courtesy, you should let people you frequently communicate with for work when you plan on being unavailable.

Proving that not all technology is bad, there are even apps that will help you stay on track. Anti-Social, for example, blocks the websites and social media so that you cannot access them unless you’re willing to reboot your computer. For Mac users, SelfControl is another option while Cold Turkey exists for people running Microsoft; Freedom – like Anti-Social — works for both. 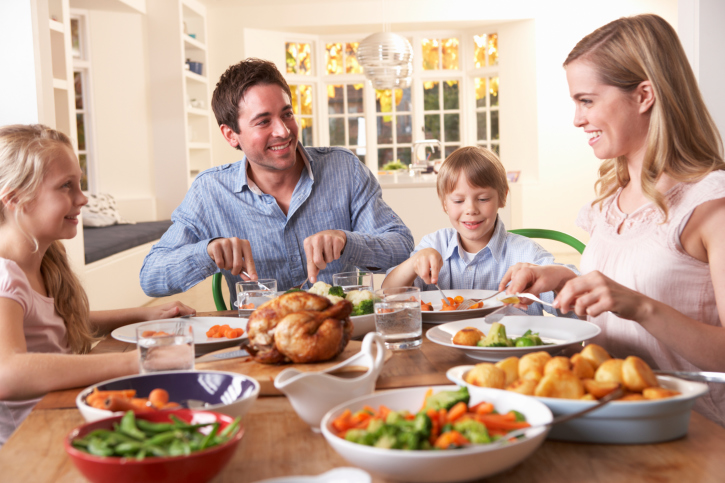 You don’t need to go all out and book a digital detox retreat (unless you want to), but scheduling time where you will engage in an activity that does not rely on your tablet or phone can help you be less dependent on devices. You could take the time to learn a new skill, read a book, or get outside. You don’t necessarily need to give up every kind of technology for this to work either. You could take up photography and make weekly forays into the city or nature to practice snapping pictures. You’ll still be out of the house, away from the computer screen, and potentially meeting people who share the same interests as you.

Another way would be to establish a family game night — an activity that keeps kids away from technology for a few hours, too. The Charlotte Observer says to replace television watching with games. Invite the neighbors or your kids’ friends and families to make an event out of it, just make sure everyone knows that the phones, computers, and all other technology is off-limits for the evening.

Although not a game night, Psychology Today has an idea that could save you money and introduces a slight element of competition to going out to dinner with friends. The rules are simple: place all of the cell phones in a stack on the table when you get to the restaurant, and the first person to make a grab for their phone has to pick up the check. By not checking your phone throughout the meal, you’ll be more focused on the people who are actually with you, who will in turn feel more connected with you since you are actually paying attention to them and not what was just posted to Instagram by your friend who is on vacation.

At the end of the day, it isn’t about giving up technology entirely, an impractical goal. Instead, it is about taking a time-out from a world that exists in the ether, and engaging with the person sitting across from you at the table.