How Trader Joe’s Became the King of Organic 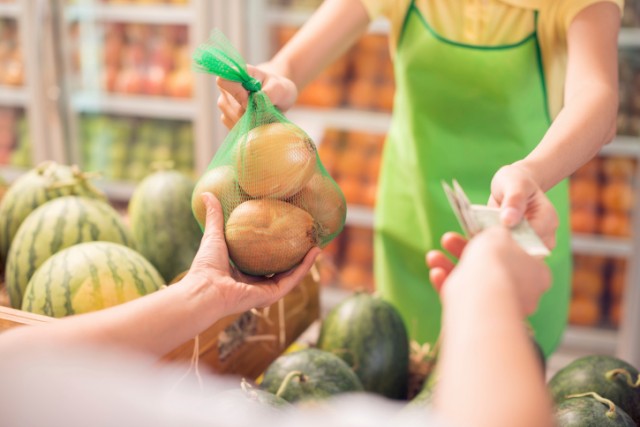 The two chains are relatively similar in size, with Trader Joe’s operating just over 400 stores nationwide and Whole Foods operating about 350. But Trader Joe’s is expanding rapidly; the chain is planning on opening another 38 stores in the next year, according to the JLL report, while Whole Foods continues to report declining sales.

Further, a recent survey by YouGov BrandIndex which measured consumer perception of both brands found that consumers view Trader Joe’s more positively than they do Whole Foods. But why? Whole Foods and Trader Joe’s are both natural grocery store chains; they have a similar focus and both qualify as “specialty” grocery chains. So what’s the secret, Trader Joe’s?

Well, for one thing, Whole Foods has developed a bit of an image problem. The grocery chain has come to be associated with wealth, luxury, and kind of bourgeois clientele that effectively makes a lot of people feel excluded. The name “Whole Foods” has become synonymous with luxury and priciness in the minds of consumers, to the point where many don’t even want to set foot in the store. The company has even been not-so-affectionately nicknamed “Whole Paycheck,” in response the store’s notoriously high prices.

Trader Joe’s on the other hand, doesn’t alienate people in the same way that Whole Foods historically has, and much of this has to do with the company’s branding. Business Insider notes that, in general, “consumers view Trader Joe’s as high quality but low price,” a combination of adjectives which appeal to everyone.

But consumers aren’t just under the impression that Trader Joe’s is less expensive; it actually is. In the end, Trader Joe’s success isn’t really that complicated: The company keeps its prices down, and consumers come back because they know they can always find a deal. According to Business Insider, a bag of quinoa (that oh so hip and healthy grain) will cost you $9.99 at Whole Foods, whereas at Trader Joe’s the same size bag will only run you $4.99.

Whole Foods, for its part, knows that it has a bit of an image (and pricing) problem, and the company has taken steps in recent years to lower its prices. So much so, that, according to Bloomberg, a basket of 97 items at Whole Foods cost less than the equivalent at Manhattan grocery stores Gristede’s, Fresh Direct, Food Emporium and D’agostino.

And it’s not just happening in Manhattan; Cheapism found that 27 products were cheaper at a Whole Foods in Seattle than they were at a local Safeway, a report which was quickly reiterated by Kiplinger’s, according to TakePart.

But analysts recently ripped apart Whole Foods, noting that the company simply isn’t doing enough to counteract the long-standing stereotypes surrounding the store. The company may have lowered prices but it isn’t getting the word out to consumers; one JP Morgan analyst says the company needs to work hard to market its deals to the public if it intends to successfully compete with the likes of Trader Joe’s.

Whole Foods co-CEO John Mackey says part of the reason Whole Foods is suddenly scurrying to lower prices is that the chain no longer has a monopoly on the organic food market, especially as discount grocery chains, such as Walmart and Kroger, begin to inch their way into the sphere. “For a long time Whole Foods had the field to ourselves, pretty much,” notes Mackey. “That was nice but we don’t any longer. So we’re adapting to the reality of the marketplace,” he added, in a conference call with investors, per Business Insider.

So, if Whole Foods has lowered their prices, what’s cheaper? EatingWell magazine ran a price check at Trader Joe’s, Whole Foods, and other supermarkets and found that in general, Whole Foods beats out America’s beloved TJ’s when it comes to produce, a section of the store which has traditionally been a bit of a weak spot for Trader Joe’s.

“On a recent trip to Whole Foods I found local organic carrots ($1.29/pound) and potatoes ($4.99/5-pound bag) for the same price as nonlocal organic ones at the supermarket down the street,” the writer at EatingWell reports.

According to EatingWell, as long as you’re buying organic, Whole Foods generally beats out most other retailers in terms of price, though if you’re planning to buy conventional fruits and veggies, stick to normal supermarkets; these items are usually much pricier at Whole Foods than they would be at a conventional grocery store.

If you’re really after a bargain, though, it’s worth remembering that Walmart (love it or hate it) remains the biggest player in organics these days, and Costco, which is often cheaper than either Trader Joe’s or Whole Foods, actually carries a sizable selection of organic options.