Hurricane Harvey Strengthens as It Roars Toward Texas

Thousands of people are fleeing homes in Texas this morning as Hurricane Harvey strengthens and becomes a life-threatening Category 2 storm. Ferocious 125-mph winds and 12-foot storm surges were forecast, according to NBC News. 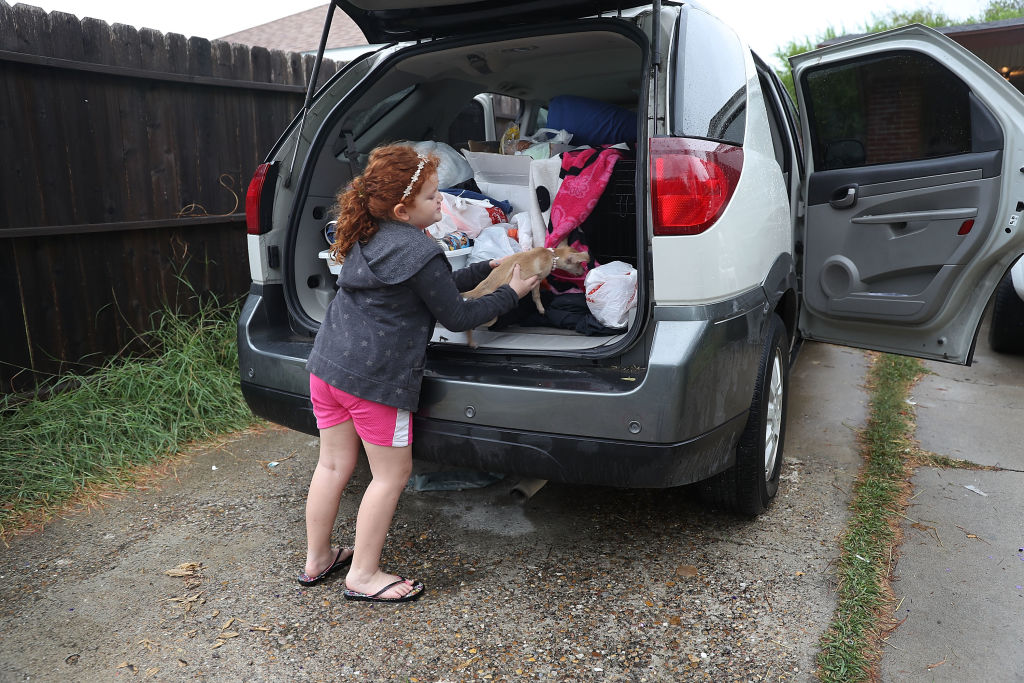 Lilyann Lewis packs the vehicle as her family packs up and evacuates their home before the approaching Hurricane Harvey on August 25, 2017 in Corpus Christi, Texas. | Joe Raedle/Getty Images

Harvey, fueled by warm Gulf of Mexico waters, was reported to become a Category 3 story sometime Friday, with winds of 115 mph, the National Weather Service reported. The storm was expected to make landfall near Corpus Christi around 1 a.m. Saturday. Around eight million people are under hurricane warnings. Harvey is expected to be the strongest storm to hit the country in more than a decade, USA Today reported.

The seven Texas counties on the state’s coast have ordered mandatory evacuations affecting tens of thousands of residents in low-lying areas, reported the Associated Press. 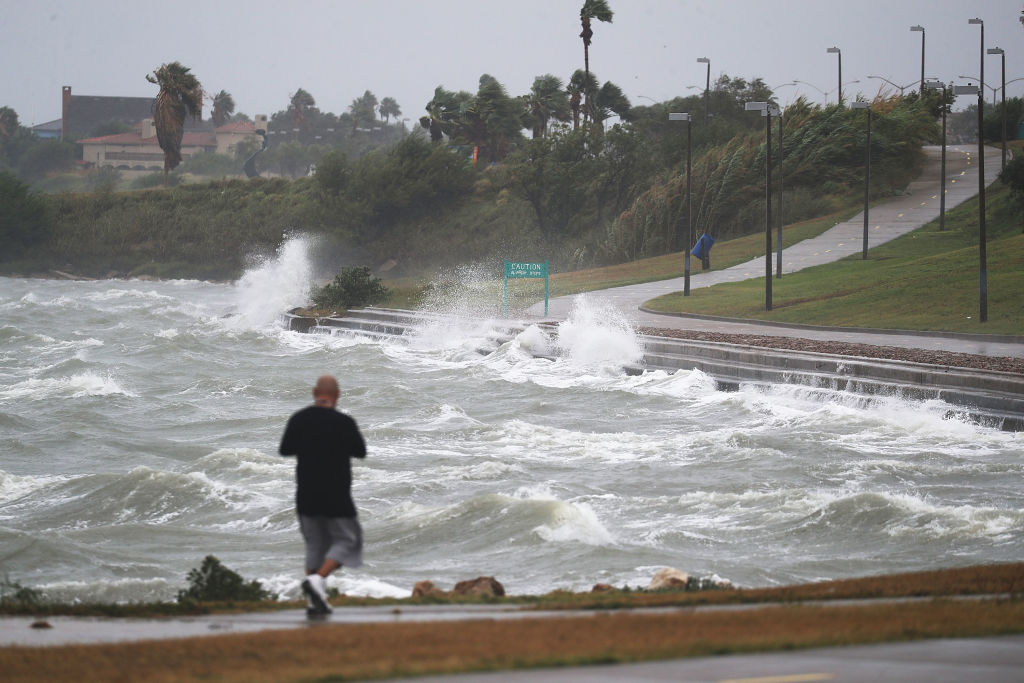 Sal Valerio walks near the bay waters as they churn from approaching Hurricane Harvey on August 25, 2017 in Corpus Christi, Texas. | Joe Raedle/Getty Images

Brock Long, director of the Federal Emergency Management Agency, told “Good Morning America” early Friday that Harvey was a “very serious” threat and that the window for evacuating was quickly closing.

CNN interviewed a local resident who says he and his six-year-old son have decided not to evacuate. “We just boarded up the house, got supplies, and (we’re) just going to ride it out,” George Galvin told CNN.

NASA tweeted a video showing views of Harvey from the International Space Station, at 250 miles up.

Cameras on the @Space_Station captured new views of #HurricaneHarvey from 250 miles up. Watch: https://t.co/WP3jEwkl0F pic.twitter.com/gy5K59NAFg

In related news, Hurricane Harvey is expected to boost gas prices for U.S. drivers, according to the Washington Post, which reported the storm is expected to hit a refinery-rich stretch of the Gulf Coast, with some refineries likely to shut down during the storm.

The Washington Post quoted GasBuddy analyst Patrick DeHaan as saying, “Starting (Thursday night) you could start to see the Harvey effect being factored into gas prices.”

From 1980 to the present, at least 70 tropical or subtropical cyclones have affected the state of Texas. The most recent tropical storm to hit the coast of Texas was Cindy, which made landfall with winds of 45 miles per hour. One fatality took place as a result.