Is Your Healthy Lifestyle Really Harming Your Body? 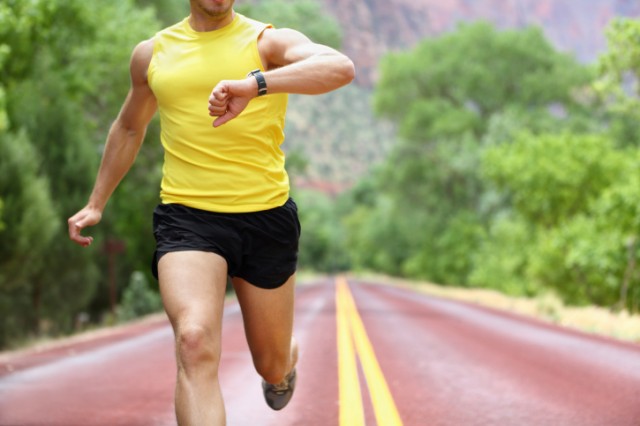 Adopting a healthier lifestyle is on the agenda for most people, and over the past decade, the obesity epidemic in the United States has made eating healthy and exercising a priority from a public health perspective. After all, consider this: The Centers for Disease Control and Prevention (CDC) cite that one-third (or 78.6 million) of U.S. adults are obese, and this high rate results in a $147 billion annual medical bill for the country.

In such a context, it is hard to imagine being healthy as a problem, but that is exactly what healthcare experts are observing among the fit. Called orthorexia nervosa, the disorder is seen in those who limit their food intake to such an extreme level that the individual cannot take part in daily activities. For instance, an individual with this condition may never eat out because he or she must buy and prepare his or her own foods.

“One of the things that’s tricky about our culture is that orthorexia nervosa is socially acceptable and often even heralded as a great statement of self-control and doing the right thing for your health,” said Amanda Mellowspring, a registered dietician in Miami who specializes in eating disorders, to CNN. “What it boils down to is, how much does it negatively affect their life? How much does it affect their social life? How much time do they spend thinking about food?”

One of the biggest issues in treating orthorexia nervosa is identifying the condition. It is hard to spot a disorder when an individual with it is doing things that are lauded as “healthy” and good for them. What’s more, it is difficult to convince those with the condition they have a problem because their actions are not, traditionally, seen as harmful. And if it is not treated, orthorexia nervosa can result in malnourishment, anorexia, or disabling anxiety.

“While anorexics and bulimics typically recognize that their behaviors are harmful and feel shame about them, orthorexics believe they’re doing something good for themselves,” said Jodi Krumholz, the director of nutrition at the Renfrew Center of Florida, an eating-disorder treatment clinic in Coconut Creek, to Fitness.

It should be noted that orthorexia nervosa is not seen as an official eating disorder recognized by the American Psychiatric Association (APA). That said, many health professionals are pushing to recognize it as a new disorder and have it included in the Diagnostic and Statistical Manual of Mental Disorders (DSM).

“We’re not in a position to say it doesn’t exist or it’s not important,” said Tim Walsh, a professor of psychiatry at Columbia University who led the American Psychiatric Association’s work group that reviewed eating disorders for inclusion in DSM-V in 2010, to Time. “The real issue is significant data.”

The condition was originally named by Steven Bratman, MD, in a 1997 essay for Yoga Journal, in which he described the disorder as a “fixation on eating proper food.” A 2012 study found that orthorexia nervosa is a common eating disorder found in athletes.

“Orthorexia is a new illness with many gray areas,” saod eating disorder specialist Ira Sacker, a FITNESS advisory board member, to Fitness. “Orthorexics often also suffer from exercise addiction and may have symptoms that overlap with anorexia and bulimia.”