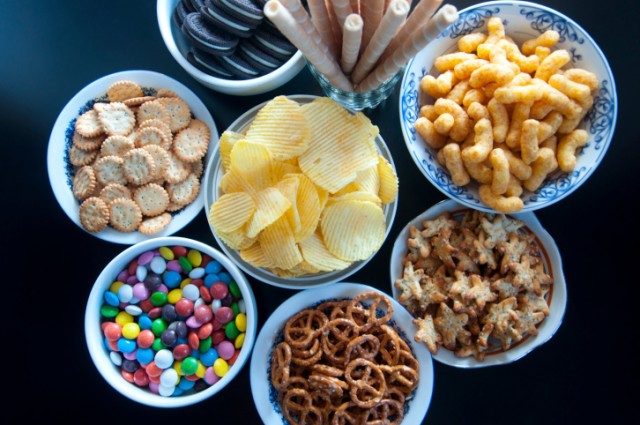 Don’t believe everything you read: Although you may cautiously be checking the nutritional labels at the grocery store, it turns out that those facts aren’t always what they seem. As it turns out, many processed foods on grocery store shelves that claim to be trans-fat free actually do contain levels of this artery-clogging substance, according to NBC News.

In 2003, the FDA mandated that trans fat be shown on nutritional labels, due to compelling evidence of the substance’s harmful consequences. In November 2013, the U.S. Food and Drug Administration (FDA) ruled that partially hydrogenated oils could no longer be “generally regarded as safe,” according to Scientific American.

A report recently published in the Center for Disease Control and Prevention (CDC) journal Preventing Chronic Disease, however, examined the nutrition labels of 4,340 top-selling packaged foods. The study, conducted by the New York Department of Health and Mental Hygiene, determined that 9 percent of these items contain partially hydrogenated oils (PHOs) — the chemically hardened oils from which trans fat derives. Of these items, 84 percent claimed to be “trans-fat free” or to contain “0 grams of trans fat.”

“This labeling is cause for concern because consumers, seeing the 0 g trans fat on the Nutrition Facts label, are probably unaware that they are consuming trans fat,” said Jenifer Clapp, MPA, who led the study.

According to the American Heart Association, trans fats can be either naturally occurring or artificial. Naturally occurring trans fats are produced in the gut of certain animals; the substance is therefore present in small quantities in certain animal byproducts. Artificial trans fats, on the other hand, are created in an industrial setting. This synthesis generally occurs during the process wherein hydrogen is added to liquid vegetable oils in order to make them more solid. This process, called partial hydrogenation, also benefits manufacturers by making oils easier to cook with and less likely to spoil, writes the Mayo Clinic.

While scientists have determined that both natural and artificial trans fats exist, the American Heart Association notes that “There have not been sufficient studies to determine whether these naturally occurring trans fats have the same bad effects on cholesterol levels as trans fats that have been industrially manufactured.”

That said, the consequences that manufactured trans fats have on cardiac health have been well-documented over the years. According to the Mayo Clinic, “Trans fat is considered by many doctors to be the worst type of fat you can eat. Unlike other dietary fats, trans fat both raises your LDL (‘bad’) cholesterol and lowers your HDL (‘good’) cholesterol.”

A surplus of trans fat in an individual’s diet can lead to fatty deposits in the arteries, writes the Mayo Clinic. These deposits then pose the risk of clotting or rupturing the vessel. Upon building up, these clots can potentially block blood flow to the heart, resulting in a heart attack. Alternately, a blood clot blocking flow to the brain could result in a stroke.

Artificial trans fats are absolutely detrimental to human health, but remain a common substance in many U.S. packaged foods – in cookies and crackers, especially. The Clapp study argues that food packages containing misleading claims of “zero grams of trans fat” or “trans-fat free” are cause for concern, as “consumers, seeing the 0 g trans fat on the Nutrition Facts label, are probably unaware that they are consuming trans fat.”

This recent study argues that, because of the risks that trans fats and partially-hydrogenated oils (PHOs) pose on consumers, food packaging should be more clearly labeled to represent these threats. The study also argues that the use of these harmful substances should be further restricted in food service establishments to better protect citizens who are unaware of the harmful products they are consuming.