No Meat for the Middle-Aged: Study Shows Risk of High-Protein Diet 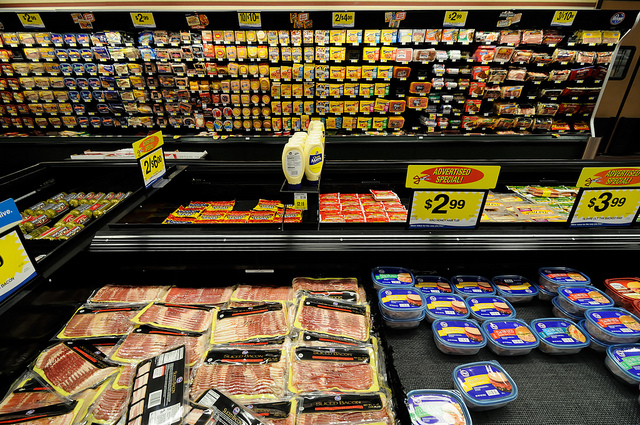 “Wait until you’re older” is an admonishment you expect as a child when asking for a parent’s permission, but a new study suggests it might apply to your protein intake, too. Per a study published in the journal Cell Metabolism, researchers found that a high-protein diet increased mortality rates for people between the ages of 50 and 65 but was then associated with lower rates in people older than 66. Using findings from self-reported data, the researchers confirmed aspects of their results in mice.

Insulin-like growth factor 1 (IGF-1) is a protein in the body that aids in development. When it is deficient in humans and mice, researchers have noted a reduction in age-related diseases. Protein intake impacts its activity, with less protein corresponding to less activity. Based on this, the researchers wanted to undertake a study to evaluate potential links between protein and mortality.

“There’s a misconception that because we all eat, understanding nutrition is simple. But the question is not whether a certain diet allows you to do well for three days, but can it help you survive to be 100?” Valter Longo, the Edna M. Jones professor of biogerontology at the University of Southern California Davis School of Gerontology and director of the USC Longevity Institute, and an author of the study, said in a press release.

The researchers based their study on the NHANES III, the third National Health and Nutrition Examination Survey. From this self-reported data came a cohort of 6,381 adults in the U.S. over 50 years old. The average age was 65, and most people consumed 1,823 calories per day. The majority had 51 percent of their calories come from carbohydrates, 33 percent from fat, and 16 percent from protein, 11 percent of which was derived from animals.

Team then divided into three groups based on reported protein consumption. When 20 percent or more of a person’s calories came from protein, they were in the high consumption group; 10 to 20 percent was moderate, and less than 10 percent formed the low protein group.

After 18 years, there was a followup of 83,308 participants. The overall mortality rate was 40 percent: 19 percent of deaths were due to cardiovascular disease, 10 percent were cancer-related, and 1 percent was from diabetes. Looking specifically at protein consumption and mortality, participants between the ages of 50 and 65 who reported a high protein intake had a 74 percent higher mortality risk than the low protein group. Additionally, the risk of death from cancer was four times greater.

The trend was reversed when people 66 older were considered. For these participants, a high-protein diet reduced mortality by 28 percent compared to the low-protein group. The moderate protein section saw a reduction as well, by 21 percent. When looking at death from cancer, people deriving more than 20 percent of their daily caloric intake from protein reduced the rate by 60 percent over diets with less than 10 percent.

One risk remained across all age groups: High-protein diets were associated with higher diabetes mortality rates. The researchers think the difference in results between the age groups may be because after age 65, people tend to lose weight. Increasing protein consumption may prevent protein malnourishment, contributing to overall health.

“The research shows that a low-protein diet in middle age is useful for preventing cancer and overall mortality, through a process that involves regulating IGF-I and possibly insulin levels,” said Eileen Crimmins, an author of the study and the AARP chair in gerontology at USC. “However, we also propose that at older ages, it may be important to avoid a low-protein diet to allow the maintenance of healthy weight and protection from frailty.”

Longo recommends that all Americans re-evaluate their protein intake. “The majority of Americans are eating about twice as much proteins as they should, and it seems that the best change would be to lower the daily intake of all proteins but especially animal-derived proteins,” he said. This should not be taken to an extreme, though, because that can lead to malnourishment.