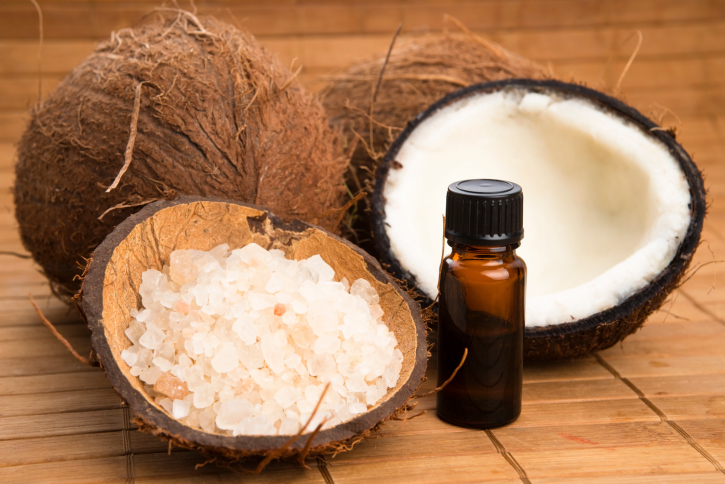 Oil pulling has been called many things, ranging from “The Habit That Can Transform Your Health” for the proponents and “Oil Pulling Your Leg” for the skeptics. It’s safe to say, then, that this simple practice of swishing oil in your mouth for 15-20 minutes a day to remove “toxins” from the body is clearly controversial. We break down one of the latest homeopathic crazes.

Though oil pulling may seem like a new fad that the Internet’s just stumbled upon, it’s actually an old tradition — very old, in fact. Dating back some 3,000 years, oil pulling has its origins in Ayurveda, traditional Indian medicine and one of the world’s oldest medical systems. With a holistic emphasis, Ayurvedic medicine believed that oiling the tissues of the body and “removing toxins” through oil pulling was essential to dental health. Even further, proponents of this ancient Indian practice of oil gargling say it can be used to purify the entire system; with each section of the tongue thought to be connected to different organs including kidneys, lungs, liver, heart, small intestines, stomach, and colon. The practice was popularized by a Ukrainian physician in 1992.

Historically, not much has changed in regards to oil pulling. There’s simply a resurgence of interest in the practice as Western medicine has begun to skew more holistic. Though interested parties can technically use any oil for oil pulling — think vegetable, olive, grapeseed, and sunflower oils — the most popular is coconut oil. Pure coconut oil is approximately 50 percent lauric acid, which is non-toxic and helps to disrupt membranes in organisms like fungus, bacteria, and viruses — essentially destroying them. Start with a small amount of oil (e.g. one teaspoon) as the amount in your mouth will grow as lipids in the oil begin to pull out toxins from the saliva. Once the oil in your mouth has changed consistency and is thicker, it’s time to spit it out. Proponents of the practice have two main pieces of advice here. Be sure to spit out the oil in a trash can as it may later solidify and clog pipes, and rinse your mouth with water after “pulling” so as not to re-ingest any of the toxins you’ve just pulled.

There are statistics to support the benefits, yes, but they are scarce and with most, have a clear cultural bias. A 2009 study by Asokan et al selected 20 adolescent boys with plaque-induced gingivitis, and let half “pull” with oil and the other half with chlorhexidine. Results showed the oil group fared better, with “reduction in the plaque index and modified gingival scores.” Another 2011 study by the same scientists says that its results found “oil pulling therapy has been equally effective” as chlorhexidine on halitosis and “organisms.” Still, critics say the sample sizes are too small to be conclusive and that there is scant evidence in reputed medical journals to support oil pulling.

At the very least, oil pulling can help, critics say — even if only to help dislodge food between the teeth. While many report results including healthier gums, whiter teeth, fewer headaches, clearer skin, and increased energy, doctors and dentists caution that oil pulling should not solely be relied upon. “There is no question that oil pulling lessens the bacterial load in the mouth,” said Jessica T. Emery, DMD. However, Emery cautions, “A regular oil-pulling routine should not replace routine dental visits and traditional at-home oral care. Oil pulling does not reverse the effects of tooth decay, and it’s important that patients are made fully aware of that. That being said, I do believe that it is a great supplemental therapy.”

As with many homeopathic remedies, oil pulling can harm the body if not done correctly. Though there are some reports of increased incidence of lipid pneumonia associated with oil pulling, most of the harm lies in some common side effects of the practice — nausea, dizziness, sore jaws, and headaches. Some of the main “harm” can also be mental. If you’re using oil pulling to try and fix whatever’s ailing you, you should address your concerns with a certified doctor or dentist.