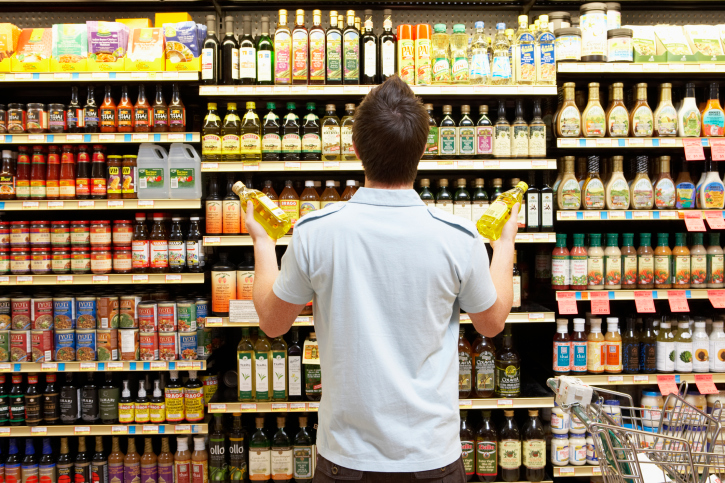 Microwavable diet dinners and granola bars routinely top lists of foods you thought were healthy, but actually aren’t — like this one from Cooking Light or Dr. Oz’s slideshow on the topic. But there are other foods and products that escape these countdowns, ones which have achieved a “health halo.”

Foods that have been bestowed said “halo” are rewarded with an aura that makes them impervious to criticism — even when science is stacked against them. As a result, people choose this option because they believe it will benefit their health. In 2011, a study conducted by Cornell found that when participants were asked to judge two products, one labeled “organic” and the other lacking that moniker, people consistently rated the organic option has being lower in calories. A 2011 PhD dissertation from the University of Michigan details another aspect; not only are fewer calories estimated to be in the cookie when it has a label like “organic” people become inclined to eat them more often.

The dissertation undertook several studies of its own, including looking at how people viewed conventional Oreos versus Oreos they were told had been “made with organic flour and sugar.” The results reinforce the message from the Cornell study, and adds yet another layer to the perception deception. “When judging the calorie content of Oreo cookies relative to other brands, participants evaluating Oreo cookies ‘made with organic flour and sugar’ provided lower calorie judgments than did participants evaluating conventional Oreos,” the study found. “This effect was observed even though participants’ attention had just been drawn to the Nutrition Facts label that accurately conveyed that one serving of their randomly assigned cookie (organic or conventional) contained 160 calories.”

It isn’t only names that are fooling us, but colors too. Another study by Cornell, this one in 2013, discovered that people were more likely to judge a packaged food item that had a green label as healthy — even when it was a candy bar. “Specifically, a candy bar was perceived as healthier when it bore a green front-of-package calorie label than when it bore a red calorie label, despite the labels displaying the same calorie information (260 calories),” the authors stated.

This study, published in Health Communication was particularly concerned with front of package advertising, a relatively new introduction for food labels meant to make it easier for people to make decisions about the health of a product. Green, linked with “go” in our minds, makes us more likely to select that particular packaged product and think it the best option we could have chosen.

The people who think themselves the most savvy about nutrition might also be the most apt to fall for this paradox. The researchers noted another study that found when a healthy item was added to an ingredient list, the meal was rated as having fewer calories than an identical meal without that item included. “Interestingly, this bias is most pronounced among consumers who are more concerned with managing their weight, that is, those who are presumably highly motivated to make accurate calorie estimates,” the study states.

“The researchers surmise that this finding is rooted in a tendency for the highly weight-concerned to categorize foods as ‘virtue’ or ‘vice,’ and to then employ an averaging heuristic that guides (and biases) calorie judgments.” This goes beyond just calorie estimations, applying once again to “fair trade” and “organic,” when people identify with being concerned about the environment, sustainability, diet, or ethics.

The same trends apply to “fat free” options too. The New York Times took to the streets in 2008 to ask residents of Park Slope, Brooklyn about two salads from Applebee’s. One half was shown a picture of a salad and Pepsi, the other half saw the same salad and Pepsi, plus crackers with “trans fat free” scrawled prominently on the photo. Although the crackers added about 100 calories to the meal, people shown the salad-cracker-Pepsi picture underestimated the amount of calories in the meal while the other group overestimated how many it contained.

It is easy to see how this can play out in the aisles of grocery stores. For instance, consider two vanilla ice creams: Alden’s Organic and Breyers. A ½ cup sized serving of the Breyers natural vanilla variety, has 130 calories, 7 grams of fat (4 from saturated fats), and 14 grams of sugar. For the organic brand, there are 160 calories, 9 grams of fat (6 of which are saturated), and 14 grams of sugar in the same half cup sized serving.

An informational sheet provided by Rutgers says it best: Ice cream is still ice cream whether it is organic or not. In the same manner, a gluten-free cookie is still a cookie, and your vegetable chips are probably made from a lot of the same ingredients as potato chips. “Most varieties of veggie chips contain mostly corn flour or potato, with small amounts of veggie powder or puree mixed in,” Keri Glassman, RD, told Today. ” The essential vitamins such as A and C that are found in vegetables are lost in the processing of these chips, so they don’t offer much in the way of nutrition. Most of these chips are high in fat, calories and sodium. An ounce of veggie chips has 150 calories — the same as potato chips! Potato chips only have a gram or two more fat.”

The bottom line when it comes to the health halo? Buy organic, fair trade, or any other label for ethical reasons, and be aware it may not always be your best health option. Use the vast amount of information at your fingertips through online resources to understand what truly is and is not the healthy option — whether that is a granola bar, microwavable meal, or fair-trade, gluten-free, certified organic cookie.