Organic Food: Does the Health Hype Match the Price? 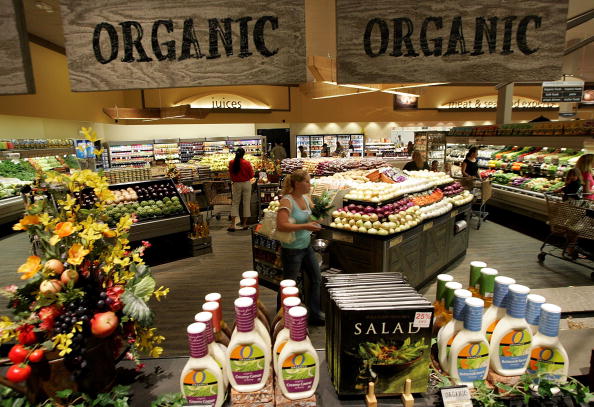 Nowadays, we see the word “organic” plastered over items in every supermarket aisle. Often, supermarkets will devote entire sections to these products.

The organic food sector has enjoyed tremendous and rising success in recent years. In a 2013 study conducted by the Organic Trade Association, results indicated that 81 percent of U.S. families are buying organic. Time also observed the market’s substantial growth, noting that “Sales of the additive-free offerings surged 11.5% in 2013, to $35.1 billion.” The Organic Trade Association predicts further growth in the coming year.

When asked why they prefer organic foods over their conventional counterparts, 48 percent of respondents said that organic food is a “healthier” alternative to conventionally grown produce. This is a common perception of the market, but does it hold true?

Read on to find out what — if anything — makes organic food healthier, and learn what makes food “organic” in the first place. 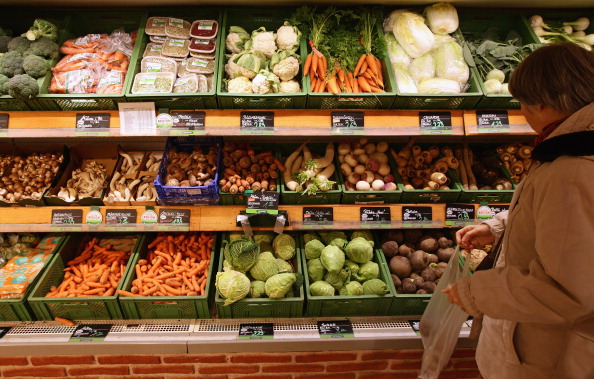 The meaning of “organic”

According to the Mayo Clinic, “The word ‘organic’ refers to the way farmers grow and process agricultural products, such as fruits, vegetables, grains, dairy products and meat. … Examples of organic farming practices include using natural fertilizers to feed soil and plants, and using crop rotation or mulch to manage weeds.”

The U.S. Department of Agriculture considers a product to be organic if it meets the following criteria:

The term “organic” came to light in the early- to mid-20th century. At the time, agricultural practices came to rely increasingly on technological innovations, due mostly to “the invention of synthetic fertilizers in the early 1900s,” according to a “History of Food” report by Johns Hopkins University. The organic movement arose in resistance to this trend, instead opting to rely on more natural agricultural processes, even if these processes yielded less bounty.

Because of decreased crop yields, organic products are frequently marketed at a higher price than their conventional alternatives. In spite of this inflation, the organic movement maintains its success as a natural alternative to conventional industry standards. 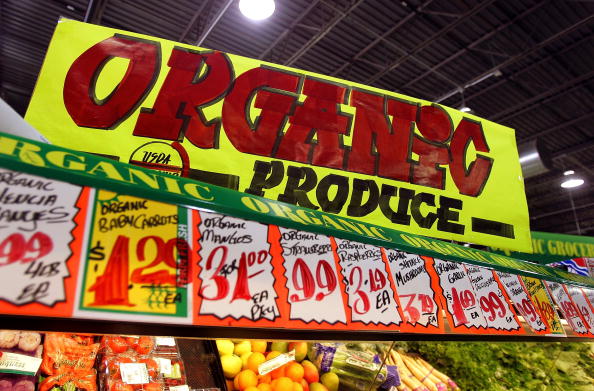 While the USDA “organic” certification is highly recognizable among consumers, a primary source of confusion is what makes a product “organic” versus “natural.”

According to ABC News, “The term ‘organic’ is tightly regulated [by the United States Department of Agriculture] and means food was produced under approved methods and is free of synthetic fertilizers.”

“Natural,” on the other hand, is more of a buzzword designed to lure health-conscious consumers into purchase: “The Food and Drug Administration … has no definition for the use of the word ‘natural.’ And although a lot of products use ‘natural,’ that doesn’t mean there aren’t a lot of non-natural ingredients in them,” ABC News reports.

In short: Products labeled “organic” meet the USDA guidelines described earlier on in this article. Products labeled “natural” are not held to these same standards. The ambiguity of a “natural” label allows producers significant leeway in just how many “natural” ingredients those products may include.

Because consumers are not always aware of the differences between organic and natural food labels, foods with “natural” labels enjoy a similar success to their certified organic brethren without necessarily promoting the same practices.

Are there health benefits to organic food?

A 2012 report published in the Annals of Internal Medicine suggests that, while organic foods may reduce consumer exposure to pesticide residues and antibiotic-resistant bacteria, “the published literature lacks strong evidence that organic foods are significantly more nutritious than conventional foods.”

While some consumers prefer organic foods for the taste or for environmental reasons, many other consumers purchase organic foods in the hopes of maintaining a healthier lifestyle. Studies have not yet been conclusive on the claim that organic foods pose health benefits over conventionally farmed alternatives.

A 2010 report by the American Journal of Clinical Nutrition noted that currently, “the available research base is of a generally poor quality.” This report also stated that in determining the health benefits of organic foods, “a primary outcome was the change in antioxidant activity,” and that “although antioxidant activity is a useful biomarker that may be relevant to human health, it is not a direct health outcome in itself. ”

The publication concludes that efforts must continue to enhance research quality in this area before any sweeping claims are made with regards to health benefits. For now, consumers must be careful of the inferences they make when approaching organic foods. That same 2010 report found that “When a food is described as organic, perceivers erroneously infer that it is lower-calorie and that it can be eaten more frequently.”

While organic foods may indeed have yet-unknown health benefits, it is important to keep in mind that an organic label does not necessarily imply an item is “diet friendly.” In other words, eating a sleeve of organic cookies will get you just as close to a beach bod as a box of Twinkies will.