Pudding Recipes Bringing the Childhood Favorite to Your Kitchen

Few things were more delightful during childhood than arriving at the cafeteria table and discovering Mom had packed a pudding cup with lunch. Something about those peel-back lids seemed undeniably fun, and the treat inside was enough to put a smile on any kid’s face. As Americans eat more desserts than ever, the humble pudding cup seems far tamer than some of the outrageous desserts gracing restaurant menus.

Unfortunately, pudding doesn’t seem to taste as good in adulthood as it did back in the day. And with plenty of highly processed ingredients and additives, it seems like it might be time to retire this childhood classic. Hold on, though — making homemade pudding is almost laughably easy. Armed with a few ingredients and a can-do attitude, bringing this beloved dessert home is definitely doable. These recipes might not look quite as impressive as those cool striped ones, but they’ll sure taste amazing.

When you’re looking for a great chocolate dessert that isn’t too rich, The Kitchn’s chocolate pudding might be one of the best options. Cocoa powder and bittersweet chocolate give this custard a double dose of rich flavor, while a combination of milk and cream offer just the right texture. You’ll wind up with a dessert that tastes decadent but comes together way easier than any cake.

Directions: Chop the chocolate into fine flakes. Set aside. In a large heatproof bowl, whisk together the cocoa powder, cornstarch, and salt. Slowly whisk in the cream, gradually, until you have a smooth mixture. Whisk the eggs into the cream and cornstarch mixture.

Combine the milk and sugar in a 3-quart saucepan over medium heat, stirring frequently, until the sugar is dissolved. Bring mixture to a simmer, watching for bubbles around edges. Pour most of the hot milk into the bowl of cream and egg yolks, whisk until combined, then pour back into the saucepan.

Bring the pudding to a boil over medium-high heat, stirring frequently. Cook for 2 minutes, whisking constantly, until pudding thickens, being sure to scrape along sides of pan.

Remove pudding from the heat and stir in the vanilla. Add chocolate and let sit for 1 to 2 minutes, or until melted. Whisk to incorporate chocolate. Spread into a storage container and press plastic wrap directly onto surface. Cover with a lid and chill. Best within 3 days.

With a distinctly rich and dreamy taste, butterscotch pudding ruled the cafeteria desserts. Thankfully, you won’t have to worry about trying to trade your boring vanilla for the golden goodness when you make this butterscotch pudding from David Lebovitz, adapted from Ripe For Dessert. While butterscotch doesn’t traditionally contain any booze, a hint of whisky adds a nice layer of flavor to this rich pudding.

Directions: Melt the butter in a medium saucepan over medium heat. Add the brown sugar and salt, then stir until the sugar is moistened. Remove from heat. In a small bowl, whisk together the cornstarch with ¼ cup milk until smooth, then whisk in the eggs.

Return the pan to the heat and bring the mixture to a boil, whisking frequently. Once it begins to bubble, reduce heat to low and continue cooking for 1 minute, whisking constantly, until the pudding thickens to the consistency of hot fudge.

Remove from heat and stir in the whisky and vanilla. Pour into 4 to 6 serving glasses and chill at least 4 hours. Serve.

Pancake and French toast lovers probably enjoy those morning treats so much thanks to the unmistakable sweetness of maple syrup. Bring the breakfast favorite to dessert with this maple pudding from Good Housekeeping. With just 6 ingredients and no eggs to temper, this goody is about as easy as it gets.

Whip up a batch in the morning and it’ll be perfectly chilled by the time you get home in the evening. It’s a great weeknight dessert, but we won’t tell if you sneak a few spoonfuls before dinner. Make sure to use grade B syrup for the deepest flavor.

Directions: In a medium bowl, whisk together 1 cup of the milk with cornstarch until smooth. In a 3-quart saucepan, heat remaining 1½ cups whole milk, maple syrup, butter, vanilla extract, and salt until boiling over high heat, stirring occasionally.

You’ve probably had pretty good rum raisin ice cream, but the taste is usually muted, and the dried fruit can take on a weird texture when frozen. Get all the goodness of those flavors by whipping up a batch of Ina Garten’s rum raisin rice pudding, featured on Food Network. Made from mostly staple ingredients, it’s perfect to pull together at the last minute.

Directions: In a small bowl, soak the raisins in the rum. Set aside. Combine the rice and salt with 1½ cups water in a medium, heavy-bottomed stainless steel saucepan. Bring to a boil, stir once, and simmer, covered, on the lowest setting for 8 to 9 minutes, until most of the water is absorbed.

Stir in 4 cups of half-and-half and sugar, and bring to a boil. Simmer uncovered for 25 minutes, until the rice is very tender. Stir often, more frequently toward the end. Slowly add the beaten egg and continue to cook for 1 minute. Off the heat, add the remaining cup of half-and-half, the vanilla, and the raisins with any remaining rum. Stir well. Pour into a bowl and place a piece of plastic wrap directly on surface of pudding. Serve warm or chilled. 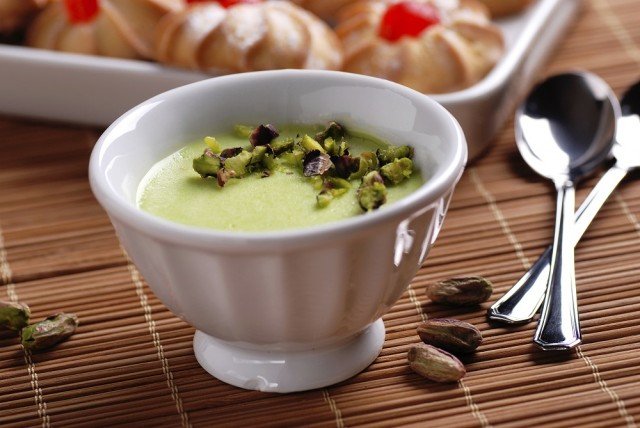 Joy the Baker’s recipe for pistachio pudding, adapted from a recipe on Cooks, is great for beginners. With a little bit of whipped cream and some chopped pistachios on top, it’s also elegant enough to serve to guests.

Directions: Place pistachios in bowl of food processor and pulse until nuts are finely chopped. Add sugar and water, and blend until smooth. Spoon paste into a medium saucepan. Add milk and whisk over medium heat until steaming.

Heat pudding over medium heat, whisking constantly, being sure to scrape sides of pan. Boil until thickened, about 1 minute. Remove from heat and stir in butter and vanilla extract, until butter is incorporated. Pass through a fine-mesh strainer set over a medium bowl.

Spoon into small ramekins, press plastic wrap against surface of each dish, and refrigerate until cold, at least 4 hours. Top with lightly sweetened whipped cream and chopped pistachios. Keeps covered in refrigerator for up to 4 days. 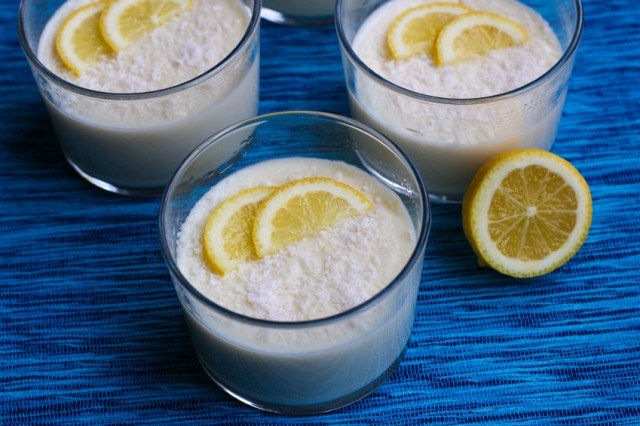 Most lemon desserts seem to involve lots of complicated pastry layers and nearly every appliance in the kitchen. This lemon pudding from Martha Stewart’s Everyday Food delivers the same pucker in a simple recipe. Thanks to a method that gradually adds the milk to an egg and sugar mixture, there’s no tempering required. Just mix, cook, strain, and chill.

Place saucepan over medium heat; bring to a gently simmer, whisking occasionally, until thickened. Remove from heat; whisk in lemon juice. Pour through a fine-mesh sieve into a medium bowl. Divide evenly among serving dishes; refrigerate, uncovered, until chilled, about 1½ hours. Once chilled, cover tightly with plastic wrap. 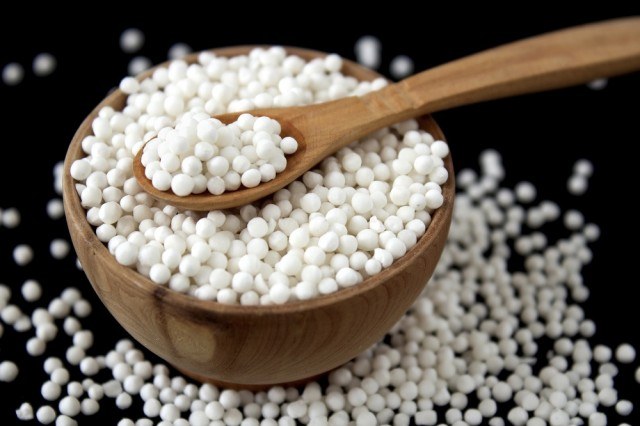 Long before bubble tea was popular, tapioca starred in a classic dessert. Relive the ’70s with this tapioca pudding from Saveur. While there’s nothing wrong with a traditional version, this recipe lightens the mixture by folding in a simple meringue. Make it for your parents to give them a blast from the past, or enjoy it all by yourself.

Directions: Bring milk, tapioca, salt, and vanilla seeds to boil in a 4-quart saucepan over medium-high heat; reduce heat to medium-low and cook, stirring, until tapioca is tender, 25 to 30 minutes. Whisk together cream, ¾ cup sugar, and egg yolks in a medium bowl. Whisking constantly, add egg yolk mixture to tapioca; cook, stirring, until mixture thickens and just begins to boil, 8 to 10 minutes. Remove from heat and transfer to a large bowl; let cool to room temperature.

Meanwhile, whisk egg whites until frothy. While whisking, sprinkle in remaining sugar; whip to stiff peaks. Fold whites into pudding and divide between 8 bowls; chill. Sprinkle with cinnamon, and serve.