Report: Nutrition Is Vital for People With Dementia 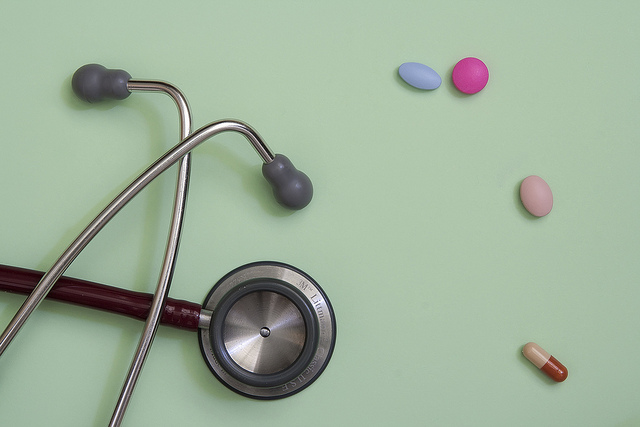 Nutrition is important to a person’s well-being, and researchers are now viewing diet as a key component of health in dementia patients. A report released on February 11, “Nutrition and Dementia,” highlights the importance of eating well throughout life, but especially when a person has been diagnosed with dementia. Professor Martin Prince of King’s College London led the research team for the report, which was commissioned by the Compass Group and Alzheimer’s Disease International; it is meant to be an overview of recent research and the vital but overlooked link between mental health and diet.

Dementia has been identified by the World Health Organization as a public health priority. Together with Alzheimer’s Disease International, WHO issued a report in 2012 to raise awareness about dementia and Alzheimer’s. WHO estimates that 35.6 million people in the world currently have dementia. This figure is expected to double by 2030 and more than triple by 2050. Stigmatization and lack of awareness are still prevalent when dealing with dementia, and the report wanted more attention to be given to the disease, its progression, and prevention.

This is what “Nutrition and Dementia” aims to do for diet. The report explains that in the three to six years before clinical onset in dementia patients, weight loss rapidly advances. Although undernutrition is a concern for all elderly people, it is more common in people who have dementia. Neurodegeneration influences a person’s sense of taste and smell; cognitively, a person may have difficulty obtaining food, cooking, and planning meals. Combined, these risk factors negatively impact a dementia patient’s diet, especially when they develop in the early stages of the disease, potentially even before diagnosis.

As dementia progresses, a person may need more than reminders to eat. The report highlighted four behaviors that are signs to be aware of in later stages that can affect a person’s nutritional intake. The first is dyspraxia and agnosia. Dyspraxia is the loss of the ability to plan and accomplish tasks that involve motor skills, such as waving to a person. People with agnosia cannot recognize objects or people that were once familiar.

Taken together, eating can be difficult because the person may not comprehend what is before him or her, or may be incapable of executing the motor skills necessary to eat. Another risk is that someone with dementia will refuse food, physically turning away when it offered. Third, oral neuromuscular incoordination can develop, which prevents the mouth from opening, or chewing and swallowing become impossible. Finally, a person might begin selectively refusing certain foods or drinks.

“For older people, undernutrition is arguably a greater health concern than obesity, and it is particularly common among people with dementia,” Prince said in a press release. ”This is a neglected area of research with important implications for quality of life, health and functioning. While weight loss in dementia is very common and can be an intrinsic part of the disease, it could be avoided and we should be doing more to tackle the problem.”

By focusing on nutrition, the researchers wanted to show how diet could be a tool for prevention. They reviewed the research that exists to evaluate if micronutrient supplements are a way to decrease the risk of developing dementia. “There is currently insufficient evidence to confirm a relationship between the micro- and macronutrients described above (vitamin B6, vitamin B12, folate, vitamin C, vitamin E, flavonoids, omega-3, Mediterranean diet) and cognitive function,” the report said.

However, overall nutrition is important for healthy cognitive function throughout life, and this begins with prenatal care. When the brain is properly fed, it can develop fully. Nutrition received in the womb can impact a person through adulthood, and this can help prevent neurodegeneration, which aids in dementia prevention. Once a person has dementia, other steps can be taken to ensure he or she maintains proper levels of nourishment.

The report described five ways intervention into a dementia patient’s diet can occur. It may be necessary to include daily nutritional supplements or to make changes to the environment or routine of a meal; additionally, a patient may require feeding assistance. Education and training should be available for caregivers. Finally, a mix of the previous four interventions may produce greater health for a person with dementia. Finally, an assessment of the person’s prior health always needs to take place. This includes prior weight and health histories, and making note of any behaviors like adverse food eating habits.

Marc Wortmann, executive director of Alzheimer’s Disease International, discussed the research presented in the press release. “We believe that a focus on diet, nutrition and wellbeing is a positive approach to supporting people with dementia and carers of this devastating disease,” Wortmann said. “The report also shows we need more research into the potential role of nutrition in reducing the risk of developing dementia.”