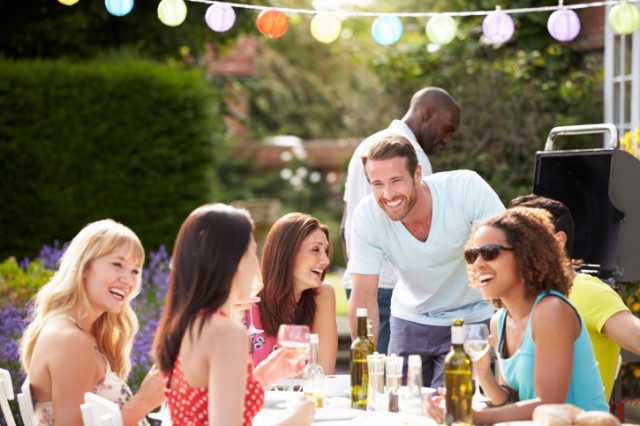 It’s been said for ages that your friends are the family you chose. And when it comes to friendship, most people agree that commonality of some kind — whether it be interests, career, personality types, or sense of humor — plays a key role in binding two people together. But if you thought your DNA binds you with your family and your interests connect you with your friends, think again. A new study has found that friends share similar DNA when compared with strangers.

“I think that they’re unusual findings, and that usually draws criticisms from scientists,” said James Fowler, one of the study’s authors and a professor of both medical genetics and political science at the University of California, San Diego, to the BBC.

Published by the Proceedings of the National Academy of Sciences, the study looked at close to 2,000 participants in the Framingham, Massachusetts, area. Yale researcher and co-author of the study Nicholas A Christakis and Fowler surveyed their subjects to find out the longevity of the friendship and then analyzed their DNA using data from the Framingham Heart Study, which has been collecting information since the 1940s.

“Because the study started in a small community, many people that were named as friends, also happened to be involved in the study,” said Fowler, per the BBC.

Without taking shared ethnicity into account, the researchers tried to see how similar the DNA code of friends were and how similar the DNA codes of strangers were by creating what they call a “kinship coefficient” from common genetic markers. Their findings were that friends had similar DNA — as similar as DNA between fourth cousins.

“Your friends don’t just resemble you superficially, they resemble you genetically,” said Christakis, a physician and social scientist at Yale University, to The Washington Post.

Fowler said to CNN: “We have found that we share about 1 percent of our genes with our friends. On average our studies indicate we are as genetically similar to our friends so much as we are our with our fourth cousins or people who share great-great-great grandparents.”

Of all the genes, the ones relating to the olfactory system were the ones more common between people suggesting that friends smell things similarly. From an anthropological perspective, Fowler believes that the olfactory senses were responsible for grouping people together in prehistoric times. For instance, those who enjoyed the smell of blood would be more inclined to hunt and meet other like-nosed people.

What is the core explanation behind this finding? The researchers are not sure. That said, they speculate that it could be because similar genes make people go to similar environments, allowing them to meet, or that similar genes means people will have similar skills.

Whatever the reason may be, Fowler notes that, thus far, it is unclear whether his findings apply to communities outside of the Framingham subjects he studied.

“While we’ve found that this is true for this one well-studied group of people, we don’t know if the results can be generalized to other ethnic groups,” Fowler told The Washington Post. “My expectation is that it will, but we don’t know.”

If it sounds absurd that friends share the same DNA, then consider this: If friends are drawn to each other because of common traits and interests, and we are who are because of our DNA, then it is only fitting that we share some common genetic material with our friends.