Should You Be Banning Sugar From Your Kids’ Diets? 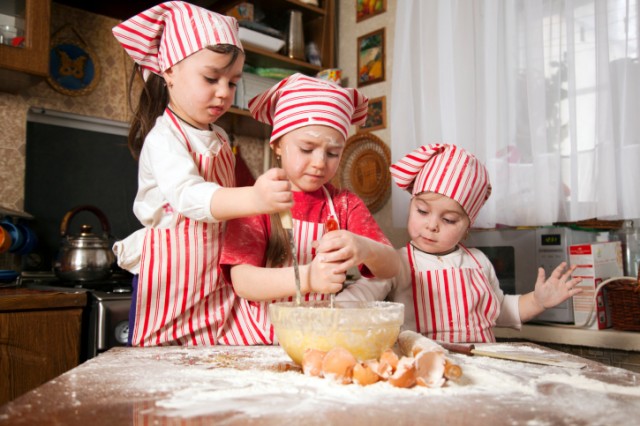 Sugar has been receiving a lot of negative publicity lately, and for good reason: most scientists agree that overindulging in sugar is a bad thing and most surveys reveal that the average person consumes too much of it. Earlier this year, the World Health Organization (WHO) proposed a modified sugar guideline that calls upon limiting daily sugar intake to 5 percent of your total daily calories.

“There is increasing concern that consumption of free sugars, particularly in the form of sugar-sweetened beverages, may result in … an increase in total caloric intake, leading to an unhealthy diet, weight gain, and increased risk of noncommunicable diseases,” WHO said in a statement, reports CNN.

With school about to start, many parents are rightfully wondering what toll sugar takes on their child’s body. Sugar changes a child’s body in many ways; it can weaken their immune system, contribute to a less healthy diet, make them susceptible to acid reflux, and make them more vulnerable to colds, coughs, and allergies.

Earlier this year, a study published in the JAMA Internal Medicine found that eating too much sugar — regardless of age, gender, physical activity levels, weights, and dietary habits — can kill you by increasing your risk of heart disease. The study found that individuals who consumed more than 21 percent of daily calories from added sugar (e.g. able sugar, brown sugar, high-fructose corn syrup, maple syrup, honey, molasses, and other caloric sweeteners) had double the risk of death from heart disease than those who consumed less than 10 percent. People who ate 17 percent to 21 percent of their daily calories from added sugar had a 38 percent higher risk of death from heart disease.

But most importantly, exposing your child to sugar only makes them crave it more in the long run. In 2012, Dr. Sanjay Gupta investigated how doctors see sugar in an excerpt of CBS’ 60 Minutes, and speaks with Dr. Robert Lustig, a California-based endocrinologist about why we crave sugar. “We love it. We go out of our way to find it,” says Dr. Lustig to Dr. Gupta. “I think one of the reasons evolutionarily is because there is no food stuff on the planet that has fructose that is poisonous to you. It is all good. So when you taste something that’s sweet, it’s an evolutionary Darwinian signal that this is a safe food.”

Scientists have even compared sugar to cocaine and other drugs, citing that sugar works similarly as drugs by activating our brain’s reward system. Researchers from Yale University, who published their findings in the Archives of General Psychiatry, noted sugar becomes an addiction in many people.

“Based on numerous parallels in neural functioning associated with substance dependence and obesity, theorists have proposed that addictive processes may be involved in the etiology of obesity,” write the authors of the study. “Food and drug use both result in dopamine release in mesolimbic regions [of the brain] and the degree of release correlates with subjective reward from both food and drug use.”

While you will find professionals on both sides of the sugar debate, one thing is for sure: opting for a low-sugar diet may be a good change to make! The quickest way to make a change is to see how much accidental sugar you are consuming. For instance, read the labels of any “healthy” snacks or drinks. You would be surprised to find many of these items contain a shockingly high quantity of sugar. Additionally, you can also replace sugary treats with snacks that are naturally sweet. For instance, swap ice cream for a frozen banana ice cream.

How much sugar is a healthy amount for children? The American Heart Association recommends that children limit their sugar intake to 3 to 8 tablespoons a day. This value may vary based on their age and daily caloric intake.