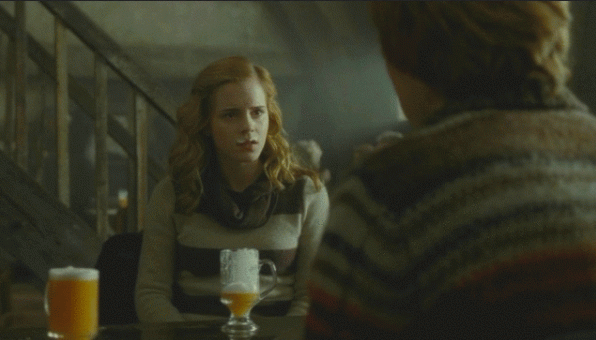 Here’s a list of the most delicious-sounding and bizarre fictional foods from movies, books, and TV.

Butterbeer is the warm, fuzzy beverage of Hogsmeade that Harry, Ron, and Hermione imbibe when times at wizarding school get rough, and what teenager doesn’t want a mildly alcoholic warm beverage when school and adolescence are feeling particularly sucky? The drink provides the comfort associated with Harry, Ron, and Hermione’s close friendship, but also a certain air of rebelliousness since the gang would frequently sneak into Hogsmeade. A close runner-up from Harry Potter is Bertie Bott’s Every Flavour Beans — jelly beans that come in every flavor imaginable and so require a certain bravery to sample. 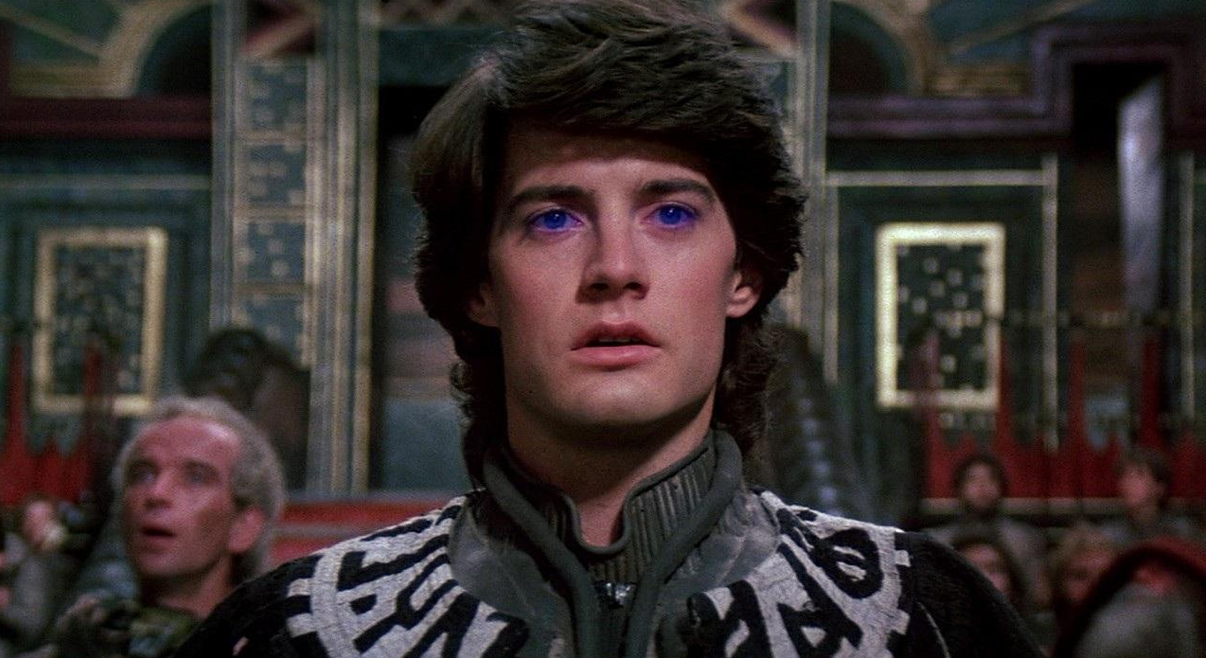 Melange – or The Spice — from Frank Herbert’s Dune is more of a cross between a drug and a seasoning than an actual food, but it grants its owner the power to control the universe so it seemed worth including on the list. Melange is the most valuable commodity in the known universe, improves sensory perception, increases life span, and improves overall health, although it is highly physically addictive. The character Dr. Yeuh describes Melange as never tasting the same twice. 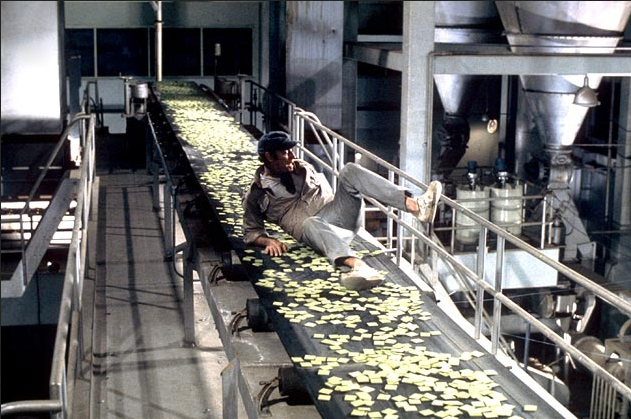 As Charlton Heston’s character finds out in Richard Fleischer’s 1973 science fiction dystopia classic, “Soylent Green is people!” Set in a horrific future version of New York City circa 2022, humanity has been ravaged by overpopulation, poverty, and a lack of resources as 40 million people crowd the island of Manhattan. Most survive on rations from the Soylent company. Soylent Green is its latest product, advertised as being made from high energy plankton but is really composed from the remains of humans. As large amounts of people die, there’s no way to dispose of their remains, and millions go hungry as any sort of ‘real’ food becomes a delicacy. Assisted suicide and forced cannibalization seem to be the only ways to deal with the mess humanity has created for itself.

Lembas Bread, Lord of the Rings

Lembas bread isn’t the most glamorous food on the list, but would probably be the most practical to have in real life. Lembas, also known as Elven bread or Waybread, is a special bread made by the elves in Tolkien’s fictional world that can sustain those on long journeys with only a few bites per day. The stuff keeps for months wrapped in green leaves and tastes delicious. It’s basically the perfect food. The elves closely guard its recipe, but provided a large store of it to the Fellowship of the Ring to sustain them on their journey. 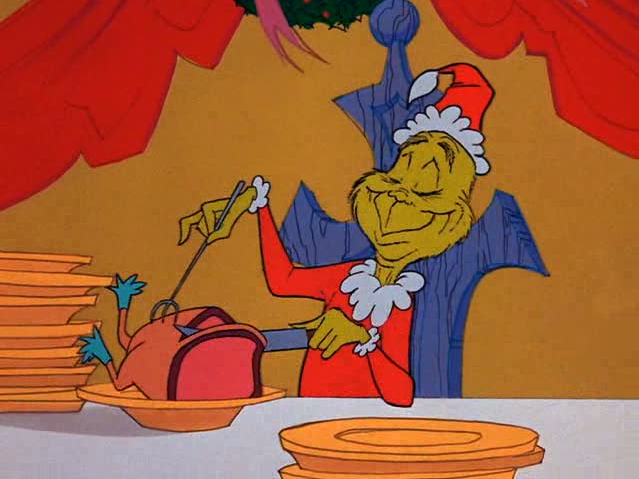 Roast Beast is the food that solidified the newfound peace between the Grinch and the Whos down in Whoville after years of the Grinch bitterly hating their holiday happiness from afar. While Dr. Seuss makes it clear that the Whos could still have their Christmas feast even without a single can of Who Hash, because of all their love and stuff, it’s really the Roast Beast that makes their Christmas dinner and the reformed Grinch serves the symbolic honor of cutting it after his heart grows three sizes and he discovers the true meaning of Christmas. 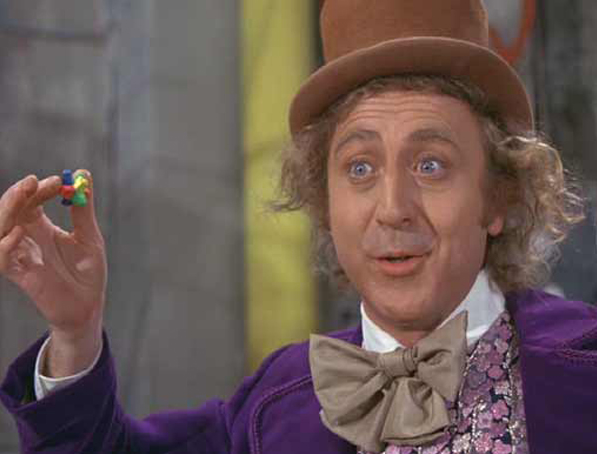 While both Roald Dahl’s novel Charlie & the Chocolate Factory and the musical film adaptation Willy Wonka & the Chocolate Factory are full of incredible imaginary candies — including lickable wallpaper, snozzberries, and fizzy lifting drinks — the most important candy in that world is the everlasting gobstopper, a candy that changes colors and flavors but never gets any smaller. The immortal jawbreaker is used to test Charlie’s morality and loyalty to Willy Wonka as the rival confectioner Arthur Slugworth tempts Charlie in various ways to get a sample of the gobstopper, which could be used to put Willy Wonka out of business. The Nestle-owned Willy Wonka brand now makes a real life version of the treat, which disappointingly does disappear when eaten.

Pan-Galactic Gargle Blaster, The Hitchhiker’s Guide to the Galaxy

The Pan-Galactic Gargle Blaster is an alcoholic beverage so strong that drinking it is described as being like having your brains smashed in by a slice of lemon wrapped around a large gold brick. The beverage was invented by the former President of the Universe playboy Zaphod Beeblebrox, who advised that no one should ever drink more than two of the cocktails, “unless you are a thirty ton mega elephant with bronchial pneumonia.” The Hitchhiker’s Guide calls it “the Best Drink in Existence,” but the Pan-Galactic Gargle Blaster clearly isn’t for the faint of heart.

The Big Friendly Giant of Roald Dahl’s children’s book is so determined not to eat children like his fellow giants that his diet consists of a gross vegetable called a snozzcumber as he continues the secret good deed of distributing good dreams to children by collecting them in his giant ears. The snozzcumber looks like a giant cucumber, between nine to twelve feet in length, except rather than being green it’s black and white striped with warty growths. The BFG describes the vegetable as tasting like cockroaches and slime wranglers. Sophie says it tastes like frogskin and rotten fish. 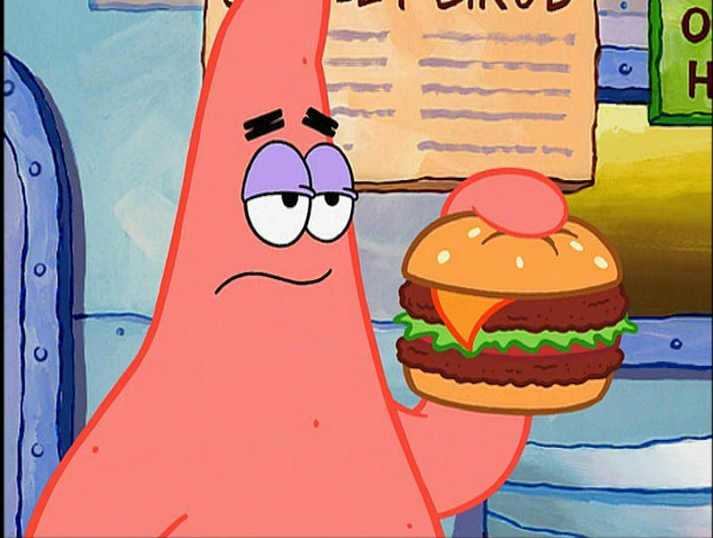 Everyone’s favorite cartoon sea sponge SpongeBob SquarePants might not be very smart, but he is really good at one thing — flipping burgers at the Krusty Krab for everyone in Bikini Bottom to enjoy. Krabby Patties might look like regular hamburgers, but they’re made with a super secret formula that the evil genius Plankton is constantly trying to steal in order to improve his own restaurant, the Chum Bucket. Making Krabby Patties is SpongeBob’s passion, something his neighbor Squidward can never quite understand, since he believes working at the Krusty Krab is far below him. Many of SpongeBob’s shenanigans revolve around making different variations of the ocean’s best burger and its super secret formula. 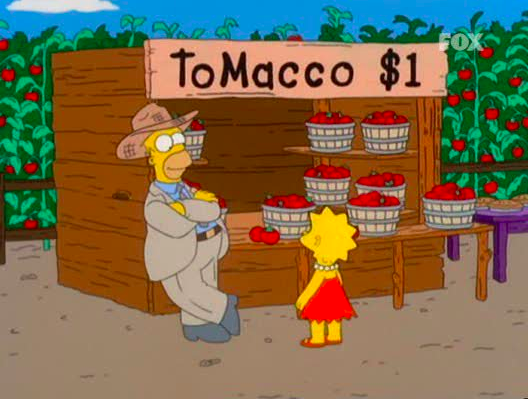 Tomacco was invented by The Simpsons as a way to solve the problem of Americans not eating enough vegetables. Create a hybrid between tomato and tobacco and you get a highly addictive veggie that people just can’t get enough of. Homer produces tomacco when he places a plutonium rod in the ground between a tomato and a tobacco plant. A tobacco company then buys the plant, which despite looking like a tomato on the outside is brown and flaky like tobacco on the inside. People are disgusted by the vegetable, but can’t stop eating it due to the addictive nicotine. Unfortunately, a tobacco company buys the plant from Homer and the consumption of tomacco still results in consumer death, and it’s much less enjoyable than smoking. 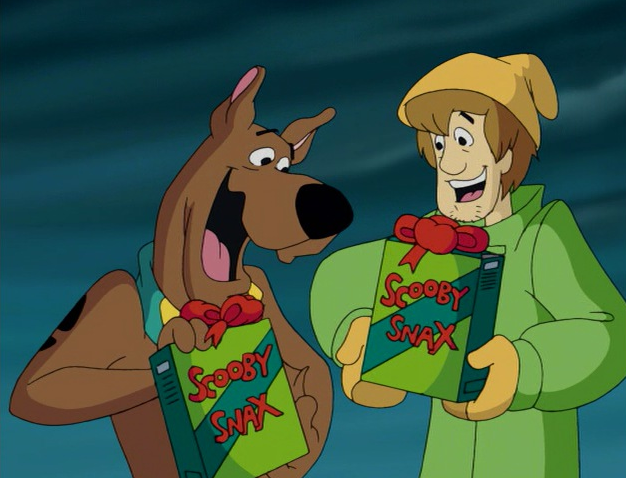 You just know that whatever Scooby Snacks are made of, they must be damn delicious to motivate Scooby and Shaggy to actually get off the couch and go solve mysteries with the gang. No way those things are just regular dog treats. Scooby Doo creator William Hanna has said that they’re similar to blondies, the chocolate-free butterscotch caramel version of brownies (chocolate is poisonous to dogs, after all.) There is a brand of dog treats that licenses the name Scooby Snacks and a brand of vanilla wafer cookies once went by that name as well, but there’s little likelihood that any real packaged product has come close to reaching how delicious Scooby and Shaggy make those treats look.