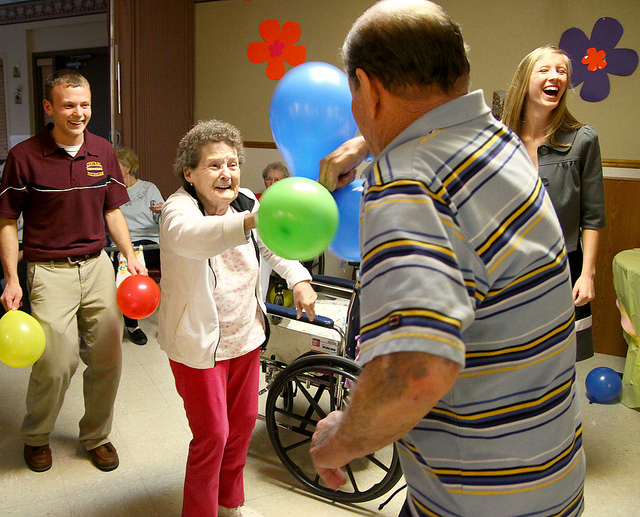 Growing older is a difficult process, but a healthy sex life helps — at least, that’s what scientists from the University of Chicago say. This week, NPR reported on new research recently released by sociologists; the study highlighted evidence that couples can offset the stresses of illness and aging through more physical intimacy.

Though it is harder for some to maintain a healthy sex life as they age, scientists at the University of Chicago claim that couples who continue to be sexually active report higher levels of satisfaction in their marriages, which can help combat stress and the psychological effects of aging.

The researchers completed their study last month and found that there doesn’t have to be a dramatic increase in sexual activity for people to reap the psychological benefits of sex and experience an increase in marital quality. According to NPR, to determine the relationship between sex, marital happiness, and health, sociologists Adena Galinksky and Linda Waite analyzed data from nearly 500 couples between 58 and 85, most of whom had been married at least 40 years.

The sociologists found that, according to those surveyed, going from no sexual activity in a year to sex once each month was associated with an increase in marital quality. They wrote in the Journals of Gerontology, Series B last month, “To protect marital quality in later life, it may be important for older adults to find ways to stay engaged in sexual activity, even as health problem render familiar forms of sexual interaction difficult or important.”

In addition, they found that sexual intimacy didn’t necessarily have to entail intercourse. NPR reports the study saying that sexual expression can change as individuals age, and activities with one’s partner that were sexually arousing didn’t have to result to result in an orgasm to produce results.

But how did the team evaluate marital quality? NPR says the University of Chicago sociologists asked their 500 couples a series of questions about how close each partner felt to his or her spouse, with a typical question being “How often do you open up about your feelings?”

Then, they checked each person’s mental and physical health while also inquiring how frequently each couple engaged in some type of sexual activity — anything from simple touches to intercourse. They uncovered a clear link between marital quality and frequency of intimacy, although the significance of the effect is still unclear.

However, it’s difficult to draw conclusions about the association between marital quality, sexual intimacy, and mental and physical health because there are many confounding variables. Amelia Karraker, a psychologist at the University of Michigan who wasn’t involved in the study, told NPR that past research has found that for some people and couples, “sex just isn’t important.”

Karraker did note that Galinksy and Waite’s paper could help provide an explanation for early research that has found that people who are physically ill are more likely to have an unsatisfying marriage. She explained to NPR, “This paper examines why that might be: Illness sometimes results in a cessation of sexual activity and less sex may lead to you being less satisfied in your marriage.”