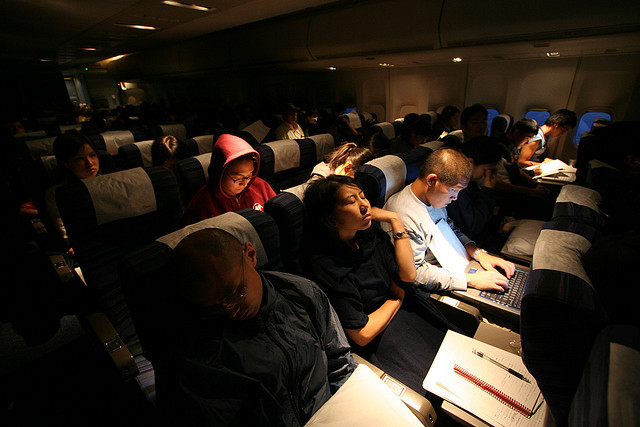 A new study published this week by researchers at the University of Pennsylvania illuminated evidence that too little sleep is potentially even more harmful than already thought. According to Forbes, researchers from the Center for Sleep and Circadian Neurobiology at the university found that staying awake for too long destroyed brain cells in mice.

Their study showed that extended wakefulness damages a brain cell called locus ceruleus (LC) neurons, which play a role in keeping subjects awake and alert. The researchers’ latest study is significant because it is the first evidence that sleep loss can lead to brain cell damage, at least in mice. Sigrid Veasey, the lead author of the report and an associate professor of medicine at Penn’s Perelman School of Medicine, said to Forbes: “We now have evidence that sleep loss can lead to irreversible injury. This might be in a simple animal but this suggests to us that we are going to have to look very carefully in humans.”

Researchers at Penn came to their conclusion by looking at the brains of mice that were only allowed to sleep for four to five hours over a 24-hour time period. These sleep conditions were meant to mirror those experienced by late-night or shift workers who also tend to only get to sleep in those increments. According to Forbes, after the mice were put through three days of sleep deprivation, they experienced a 25 percent loss of LCs in a particular section of the brain stem. That led researchers to conclude that disrupted circadian rhythms can lead to degeneration of LC brain cells and apoptosis, or cell death.

Of course, the tests were conducted on mice, so researchers still need to determine whether similar cell death occurs in sleep-deprived humans. Now, though, there is more evidence that these studies need to be administered sooner rather than later so humans can be alerted as to whether their sleep patterns really are more harmful than previously thought. Forbes reports that researchers now want to conduct autopsies to examine the brain cells of shift workers so they can understand whether these peoples’ jobs are actually resulting in irreversible brain cell damage.

Penn’s study is not the first with evidence to come out detailing the potentially devastating effects of too little sleep. However, it is one of the only studies that has highlighted what sleep deprivation can do to the brain, and that is significant. Thanks to others studies published this year, Forbes says we now understand that sleep loss can affect gene function, influencing metabolism, inflammation, and longterm disease risk to body and brain; we also know that sleep may out flush out the brain’s waste products linked to Alzheimer’s and dementia. What many experts didn’t recognize is that the disruption of circadian rhythms can potentially pose a long-term risk to the brain functions of animals.

You’d think that humans would heed researchers’ warnings and be better about getting some shuteye at night, but not even that is correct to assume. According to Forbes, the Centers for Disease Control recently announced that insufficient sleep is now considered an “epidemic” in America. Of almost 75,000 studied adults, more than a third said they got on average less than seven hours of sleep per night. Experts still need to do more research on sleep deprivation to see if it really affects humans’ brains the way it affects mice, but until those results come out: America, sleep up!