Long before anyone was toasting them up for s’mores at a cookout, marshmallows were a delicacy few had the opportunity to enjoy. According to Campfire Marshmallows, the candies originated in ancient Egypt where they were made from the extract of the marshmallow plant. The confection was so rare only pharaohs were lucky enough to indulge. The treats get their fluffy texture from gelatin rather than the plant stuff these days, but they’re just as tasty.

While marshmallows taste perfectly fine in their normal state, roasting them takes them to new heights. But forget about s’mores for a minute, because we’ve found six recipes that open up a whole new world of dessert possibilities. Whether you’re a cake fanatic or enjoy the simple pleasures of a rice cereal bar, these toasted treats will provide you with a sweet ending to your day.

For a fun and fast dessert, these 5-ingredient shortcakes from Oh Bite It are hard to beat. You can find premade shortcakes at the grocery store, and they’re often kept right next to the pile of strawberries. They act as perfect little sponges to soak up the juices from the macerated fruit and a little hint of rum. Replacing whipped cream with some torched marshmallow cream adds a unique flavor. It also means these desserts can hold up to sitting out for a while, so they’re great for bringing to a barbecue.

Divide berries among shortcakes, making sure to douse with accumulated juices. Top each with a dollop of marshmallow. Toast with kitchen torch or under broiler. Serve.

Impress at your next dinner party with mini pies for all of your guests. Better Homes and Gardens’ individual desserts star a rich chocolate filling studded with coconut in a graham cracker crust. The treats get a dose of toasted marshmallow on top for the finishing touch. Consider this a chocoholic’s version of a lemon meringue pie.

Meanwhile, combine ½ cup sugar and egg. Beat with an electric mixer on medium speed until pale and thickened, about 2 minutes. In a small bowl, stir together flour and cocoa. Add to egg mixture, and beat until just smooth. Fold in coconut and melted butter. Spoon evenly into baked crusts. Bake 15 to 20 minutes, until filling is puffed and set. Cool on a wire rack, 5 minutes. Remove pies from muffin tin, cool completely on wire rack.

Preheat broiler. Place pies on a large baking sheet, and top each with a halved marshmallow. Broil 5 to 6 inches away from heat source until puffed and golden, about 30 to 40 seconds. Serve. 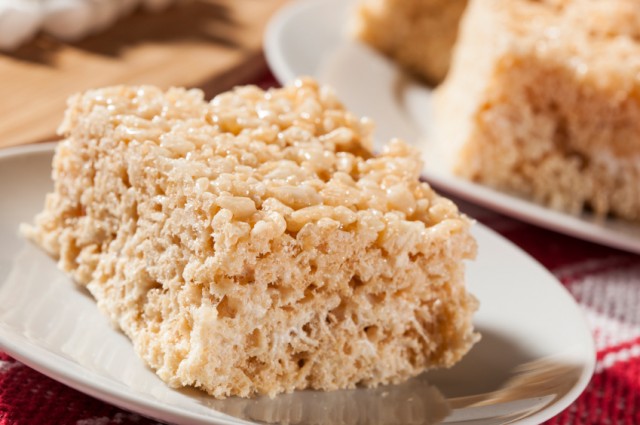 A classic made better with toasted marshmallows | iStock.com

Sometimes a few simple tweaks are all it takes to take a recipe from standard to superb. These crisp rice treats from Cookies and Cups get a flavorful update by toasting the marshmallows and browning the butter. After those two steps, these treats come together the same way as traditional Rice Krispies bars. These make great everyday desserts that both kids and adults will love. Bring them to a potluck and watch them disappear.

In a small saucepan over medium-low heat, melt butter. Continue to cook, swirling constantly, until butter turns golden brown, about 5 minutes. Remove from heat and immediately transfer to a large bowl. Set aside.

Using a rubber spatula greased with cooking spray, scrape marshmallow into bowl with butter. Mix quickly to combine, then add cereal. Mix to coat, then press into prepared baking pan. Allow to cool. Cut into squares, and serve.

Though no one knows exactly who came up with the idea for s’mores, the recipe first appeared in a 1920s Girl Scout book. A decade later, Ruth Wakefield invented the beloved chocolate chip cookie. It’s a mystery why the two treats didn’t come together sooner, but you can get a taste of the delicious mashup with Clockwork Lemon’s easy recipe. There’s even a hint of chocolate hazelnut spread to make them extra decadent.

Make a basic cookie dough studded with chocolate morsels, then scoop the dough into balls, and place on baking sheets. Create a small divot in each, then add a bit of the hazelnut spread, top with a halved marshmallow, and bake until golden. These treats are messy, but they’re totally worth a few extra napkins.

In bowl of a stand mixer fitted with the paddle attachment, cream butter and sugars until pale and fluffy. Add eggs, and mix to combine, scraping sides with a rubber spatula as needed. Add vanilla and beat to incorporate. On lowest setting, add flour mixture. Mix just to combine, then fold in chocolate chips.

Using a heaping tablespoon, drop dough onto greased cookie sheets, allowing a few inches between each. Gently flatten each cookie and make a small indentation with your fingers in each. Add a dollop of chocolate hazelnut spread, then top with a halved marshmallow.

Bake 8 to 10 minutes, switching pan position, and rotating halfway through. Cookies are done when marshmallows are golden and edges of cookies have turned light brown. Transfer to a wire rack. Cool. Serve. 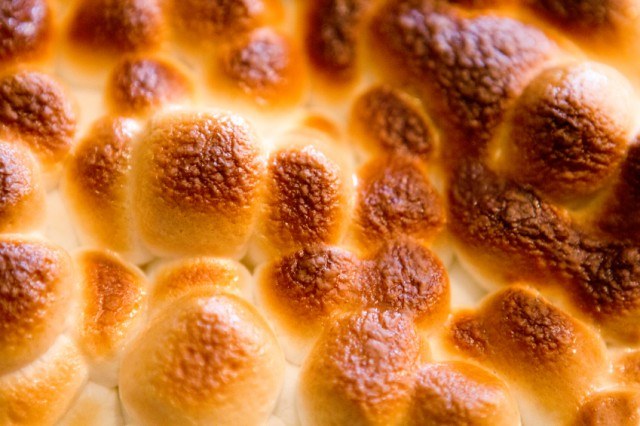 When it’s too hot to even think about having a warm dessert, these creamy milkshakes from Smitten Kitchen are the perfect treat to cool you down. The sipable treat gets tons of flavor from plenty of deeply roasted marshmallows and a hint of tangy sour cream. With so few ingredients, make sure you’re getting the best dairy products you can find. That means premium ice cream and whole milk for the most delicious results. 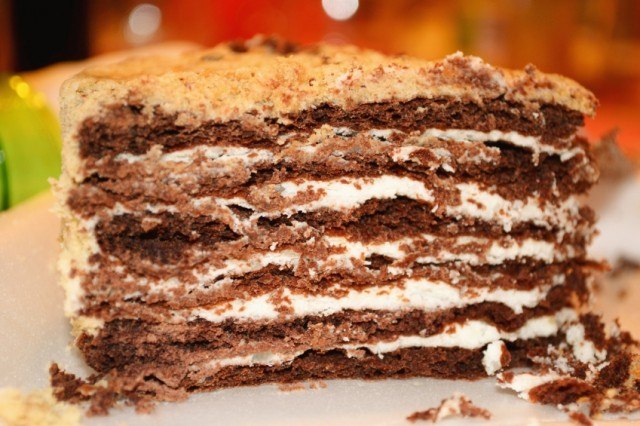 Most bakers have a go-to layer cake for special occasions, and it’s often chocolate cake with vanilla buttercream or yellow cake with fudge frosting. While those standards won’t ever lead to complaints, they could definitely use a break. When you really want to impress, Sweetapolita’s towering dessert, with a frosting recipe adapted from Williams-Sonoma, is the way to go. It’s a decadent chocolate cake filled with alternating layers of chocolate malt frosting and a fluffy marshmallow filling with a hint of toasted flavor. Each component is simple, but the whole thing definitely takes a solid chunk of time. Save this project for a lazy weekend.

Divide batter among pans, and bake 20 minutes, then rotate positions. Continue to bake until a toothpick inserted into center comes out with a few moist crumbs attached, about 12 minutes longer. Cool cakes in pans for 20 minutes, then remove and cool completely on wire racks.

In a clean bowl of a stand mixer fitted with whisk attachment, beat 2 cups butter and 4 cups powdered sugar on low speed to combine, 1 minute. Add drink mix, vanilla, and salt, and continue to beat on low speed until combined, 1 to 2 minutes. Add melted chocolate, and beat on medium speed until smooth, 2 minutes. Add cream, and beat on medium-high speed to incorporate, about 1 minute.

Slice each cake layer in half to form six layers. Place first layer face-up on a cake plate, and spread on one-third of marshmallow filling. Top with another cake layer, then spread with ¾ to 1 cup chocolate frosting. Repeat layers until no cake remains. Frost entire outside with remaining chocolate frosting. Serve.