Taylor Swift’s Diet and Exercise Plan: How She Stays in Shape 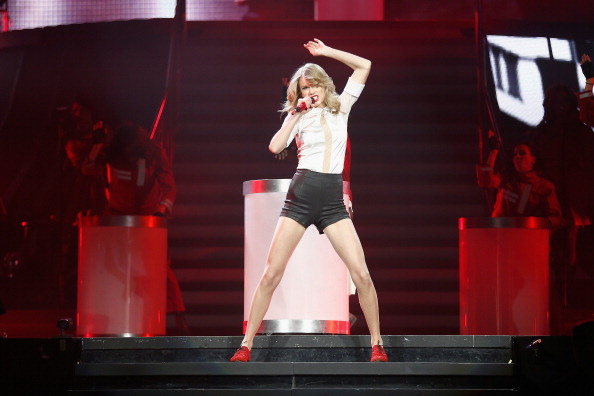 On the heels of her latest single “Shake It Off,” released just last week, 25-year-old songstress Taylor Swift seems to be living the dream. The artist, whose fifth studio album is due out in late October, not only has a powerful set of pipes — but also one of the most enviable bodies in show business.

As much as it helps that Swift is a young, lithe, leggy blonde in the first place — she stands at a statuesque 5-foot-11 — her peak fitness didn’t just fall into her lap: Swift works hard on her physical fitness because it’s part of the job. “For me, working out is not so I can get skinny,” she said. “It’s so that I’m not panting on stage.” Swift’s hard work, discipline, and confessional style of songwriting have all contributed in their own ways to her success — both professionally and personally. It may seem impossible to achieve this stunner’s looks on your own terms, but following Swift’s lifestyle could lead to surprisingly successful results.

Commitment is the key to Swift’s success. “Regardless of her tour schedule,” writes Web MD, “She makes sure to squeeze in an hour-long run on a treadmill every day.” This consistent effort is the first key to the musician’s physique — but it is far from the only one. Her core philosophy is to work hard, but to treat herself for her efforts. “I have a need to feel like I’ve earned things, so when I have a week of working really hard, I get to have a day or two off — whether it’s from exercise or watching what I eat,” Swift told Web MD.

To help boost her productivity on the treadmill, Swift listens to all the new music she can get on her iPod. In fact, she will go so far as to prohibit herself from listening to certain music until she’s hopped on the treadmill. For someone whose life is so comprehensively summed up in verse, this is the ultimate motivation to work on her cardio. “I don’t like any kind of exercise other than running. And I love that because it’s about the music,” she said. “For me … running is about blasting a whole bunch of new songs and running to the beat. It’s also good because it makes me find a gym wherever I am.”

This routine powers Swift through about an hour of cardio activity with every trip to the treadmill or elliptical. With legs as long as hers, her body could likely even stand longer distances — but her touring and publicity schedules tend to be prohibitive, and judging by her physique, the current routine is a favorable one. What’s perhaps most impressive about this regimen, notes FitSugar, is Swift’s incessant ability to look radiant upon leaving the gym (though that may not be for lack of trying, writes US Weekly). 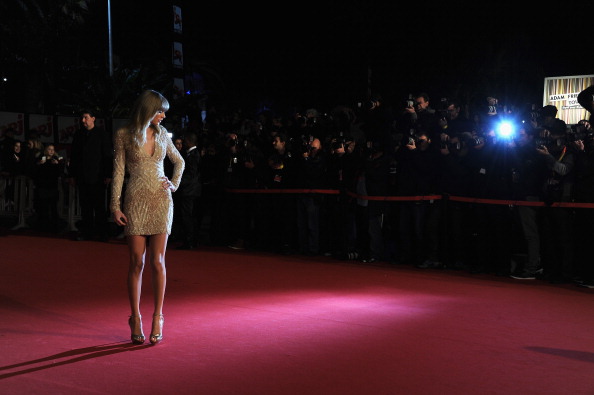 Swift maintains a responsible diet, but by no means does she deprive herself. Her chief priority is a generous intake of water: “I drink, like, ten bottles of water a day,” she tells Bon Appétit.

“During the week, I try to eat healthily, so that means salads, yogurt, and sandwiches,” she tells Web MD. “No sugary drinks. I try to keep it lighter, but it’s nothing too regimented or crazy. I don’t like to create too many rules where I don’t need them. We know what’s good for us, thanks to common sense.”

Still, however, she has a well-balanced streak of indulgences peppering her diet — particularly on weekends, when she lends herself a bit more leeway in terms of dietary intake. “I like comfort foods. I love a burger and fries, I love ice cream so much, and I love baking cookies. Actually, I love baking anything.” Swift allows herself certain responsible indulgences, such as a Starbucks splurge every morning. Her cheat Starbucks order of choice? A pumpkin spice latte.

It’s remarkable that Swift can maintain these healthy appetites for food, in the increasingly diet- and deprivation-frenzied world of popular culture. But it’s invaluable, as well, considering the singer-songwriter’s legions of fans and the influence that she bears over millions of inspired listeners.