The Clean 15: ‘Organic’ Label Doesn’t Really Matter With These Foods

Every year, the USDA tests produce for pesticide levels and the Environmental Wellness Group (“EWG”) publishes the Clean 15 list. Whereas the Dirty Dozen is a list outlining the 12 (plus two) fruits and vegetables you should be buying organic for the sake of your health (seriously), the Clean 15 is the opposite: a list of produce that doesn’t retain the pesticides sprayed on the crops and fields in conventional (non-organic) farming.

Here’s where you can buy conventional produce to pinch pennies — without worrying about poisoning your family. 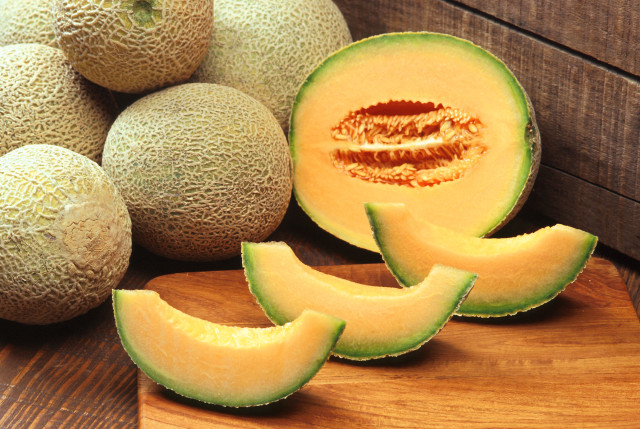 With 27 detectable pesticides, cantaloupe might be the “dirtiest” on the Clean 15. However, a relatively low percentage of the melons tested — especially compared to, say, peaches — actually had significant levels of pesticides. In fact, you’re best off with domestic cantaloupe; out of 3.5 ounces of melon, there were only 4.3 micrograms of endosulfan, the most prevalent pesticide in this fruit showing up in 14 percent of tested fruit. Imported melons showed 9.4 of the pesticide but in 41 percent of all tested melons. If you don’t want to risk it, buy organic.

Once you’ve got your melon, make a refreshing agua fresca, wrap it in some salty prosciutto, and skewer it with a mozzarella ball, or make a chilled avocado and yogurt soup with cantaloupe.

As far as this lost goes, eggplant is up there with cantaloupe. Still, not too bad; although there were 18 separate pesticides found in eggplant, the levels for domestic eggplant proved lower than imported, and even the most prevalent was only in 11.6 percent of all the tested eggplant. Try eggplant rollatini or Chef Yotam Ottolenghi’s spiced eggplant. 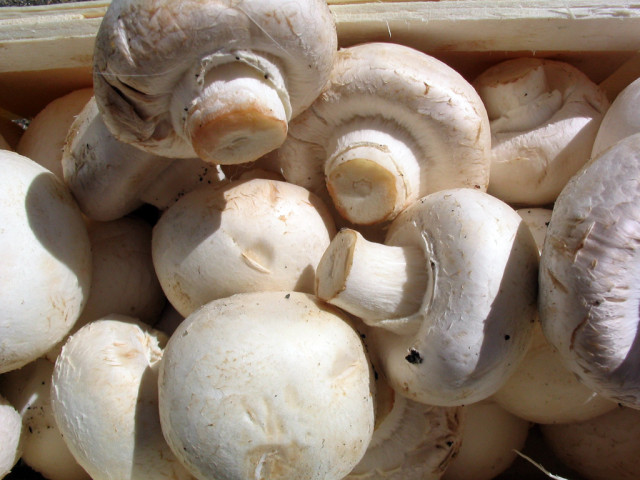 Mushrooms made the Clean 15 list, but that doesn’t mean they’re completely pesticide-free. What’s On My Food found 14 pesticides on the mushrooms tested. One hundred percent of a small sample group tested contained Cyromazine, and there was an incredibly high amount of reproductive-affecting Thiabendazole found in 44 percent of a much larger sample group.

Whether you decide to buy organic or conventional, check out these recipes for 15-minute mushroom stroganoff, porcini, and pumpkin ale mac and cheese, as well as mini mushroom tarts. 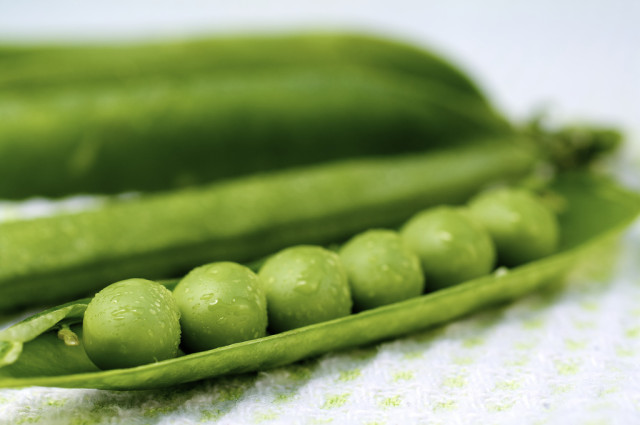 Although 12 pesticides were found on frozen sweet peas and one of them was the ugly Dimethoate, it was in very small amounts. Use sweet peas in Emeril’s Sweet Peas au Gratin recipe, simply with butter and onions, or with ricotta on crostini.

Have you tried broiling your grapefruit halves? Some time under fire caramelizes the natural sugars on top. You could give it a little help in that department, if you’d like. Sprinkle a little cinnamon on, too, and you’ve got a new take on a skinny breakfast!

Although the USDA still found 9 harmful pesticides in all tested asparagus, it was only in 0.3 – 3.3 percent of it, meaning that up to 96.7 percent of conventionally grown asparagus was clear of toxins. Try your asparagus steamed, roasted, in risotto, or shaved onto a homemade pizza.

As opposed to normal potatoes with 37 pesticides found, sweet potatoes showed only 8 in total. The only one to worry about is Dicloran, which can sometimes be found in high levels and is a possible carcinogen; all others were in negligible amounts. Try roasting with Clean 15 pineapple, in black bean chili, or make a sweet potato, red onion, and fontina cheese galette. 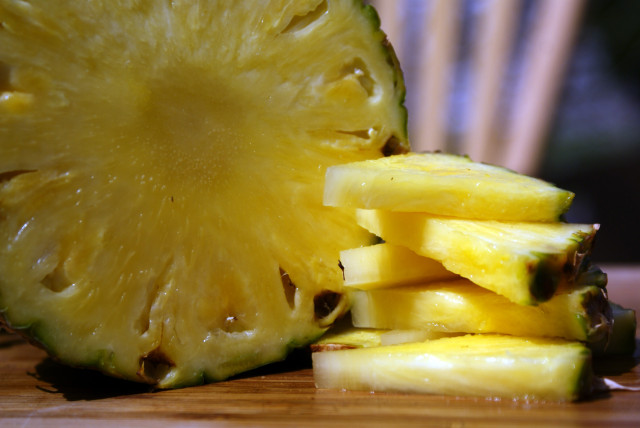 Only six pesticides were found on pineapples, and only in low, infrequent doses. Once you’ve figured out how to peel it by watching the video below, try slicing and grilling it, make Paula Deen’s Acorn Squash with Pineapple, or make yourself a cocktail. You’ve earned it. 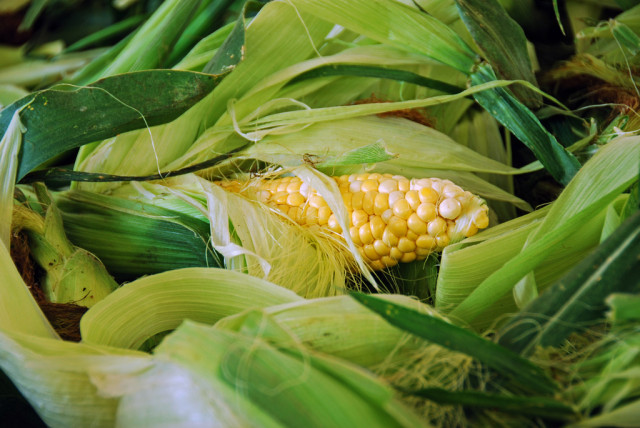 Only one pesticide was found in all tested sweet corn! Even better, it was only found in 2.3 percent of imported sweet corn tested and none in domestic. Bad news is that this toxin is Dimethoate, which is an organophosphate. A possible carcinogen, a cause of ADHD and low IQs in children, and it’s killing all the honeybees. Read more about it in our article on the Dirty Dozen. Arguably the only way to eat sweet corn is straight off the cob. 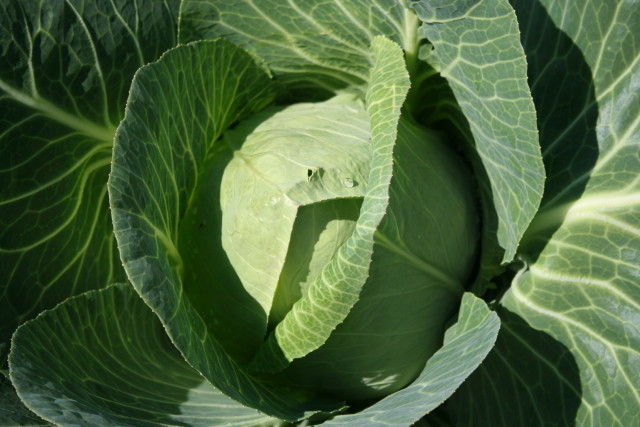 Not just for Paddy’s Day to go with your corned beef. As a storage vegetable, cabbage will last and last in your refrigerator. Though locally grown, organic cabbage can taste way better — and comes in awesome varieties like Arrowhead – you won’t get sick from eating conventionally grown cabbage bought from your local supermarket. Cabbage is, of course, great for stuffing and slaw, but you can also make an awesome and a much more chic salad out of cabbage. 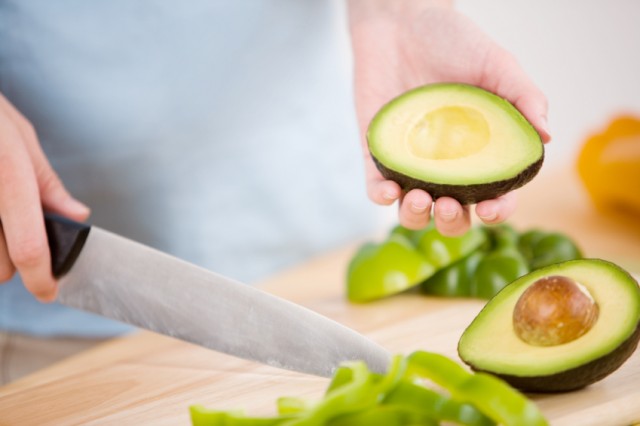 Did you know that avocados, one of today’s hippest fruits, was once so unpopular it needed a marketing campaign rebranding it from “alligator pears”? These make the Clean 15 list and are full of healthy fats, making them a smart replacement for butter and shortening when baking. Obviously, making your own guacamole is also seriously recommended. Try it in a chocolate cake as a replacement for butter and eggs — you can’t taste it, and the finished product will be moist and healthier than traditional cake. 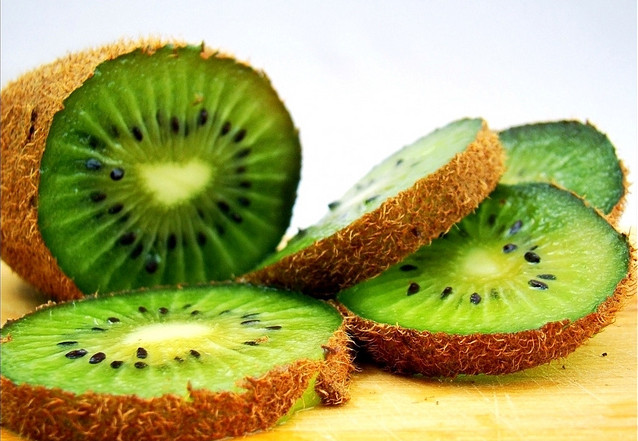 This fuzzy little fruit is all clear when it comes to harmful levels of pesticides, and it has as much potassium as a banana. Try making some kiwi salsa or get fancy with a kiwi tart. The skins are edible, but take some getting used to. 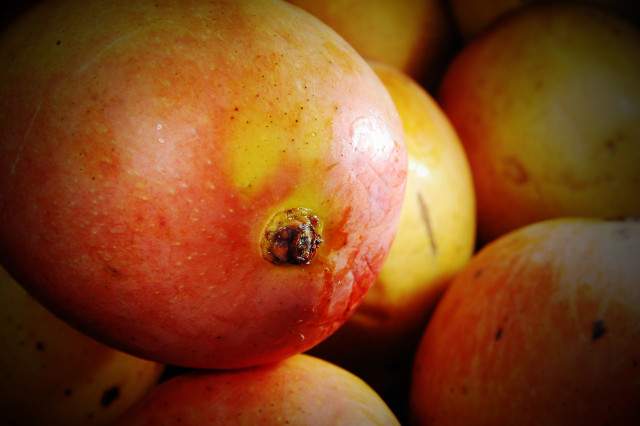 These beauties are another with a clean bill of health. If you’ve ever had trouble peeling a mango, check out the video below — and then use it to make Jamaican curried shrimp and mango soup or raspberry, avocado, and mango salad.

This clean fruit is actually the only species in its genus, which really makes it one of a kind! Eating Well even claims that because they’re chock full of papain, a digestive enzyme, they’ll soothe your stomach. Good to know, especially if you accidentally eat a conventionally grown, pesticide-ridden fruit or veg off the Dirty Dozen list.

What’s it good for, other than straight up? Try Eating Well’s Green Papaya Salad or their Papaya-Lime Sorbet.