The Experts Have Spoken: 7 Best Overall Diets for 2014

U.S. News and World Report released its annual list of the world’s most popular diets this week, and a quick perusal of the results may surprise consumers. To devise the rankings for its Best Diets Overall list for 2014, U.S. News evaluated and ranked 32 diets based on input from a panel of health experts — only those diets that proved to be easy to follow, nutritious, safe, and effective for weight loss and against diabetes and heart disease earned top ratings. Different diet regimens have taken the health world by storm this year, as some fitness experts swore by the Paleo lifestyle while others went gluten- and dairy-free, but the publication’s report shows that not all these habits are approved by health experts. In fact, some of the more low-profile diets are believed to be the most effective ones. One diet people may be surprised to see missing from the top of U.S. News’ list is the Paleo diet. Thanks to the rising popularity of exercise program Crossfit, more exercise and health junkies have turned to this hunter-gatherer-like lifestyle. However, U.S. News reports that not all health experts are onboard the Paleo train. U.S. News certainly didn’t condemn the Paleo diet. Instead, it noted health experts’ beliefs that the regimen is too restrictive and difficult to maintain long term. The publication also cited a lack of research proving its cardiovascular health and weight loss benefits in addition to the fact that it limits many essential nutrients. But the Paleo diet is on the other end of U.S. News’ list. Instead, we’re highlighting the seven top diets on the Best Diets Overall 2014 list. Whether you’re in the market for a new diet thanks to your New Year’s resolution or you’re simply interested in learning how the regimens compare according to health experts, check click through and learn which diets won top marks.

The seventh-best diet of 2014, according to U.S. News, is Volumetrics. The publication reports that consumers tend to go on this diet when they are trying to lose weight. The regimen’s promise is that a strict execution of the diet will result in the loss of one or two pounds per week. The theory behind Volumetrics is that consumers tend to eat the same amount of food each day, regardless of how many calories they consume. However, since some foods have fewer calories per gram, filling your plate with low-calorie foods mean people can eat fewer calories without actually eating less food. Low-density foods such as fruit and vegetables are low in calories but high in fiber and volume, so dieters can feel full and satisfied eating these foods while dropping pounds and not feeling starved. Those on the Volumetrics regimen take in lots of fruits and veggies in high quantities but steer clear of high-density foods. Consumers aren’t expected to survive off of fruits and veggies alone, so the Volumetrics diet dictates that they only enjoy high-density foods in extreme moderation and fill most of their plates with high-fiber produce. Health experts maintain that no serious risks or side effects have surfaced from the diet, and the regimen is fine for children, teens, and adults alike.

Coming in at No. 6 is the flexitarian diet. This regimen actually earned the same score from experts as Volumetrics (3.8 out of 5), but based on alphabetical organization, the flexitarian regimen takes the sixth spot. The flexitarian diet certainly looks doable on paper, emphasizing fruit, veggies, whole grains, and plant-based protein, but be sure to not miss the part about plant-based protein when deciding whether to hop on board. The flexitarian diet is only appropriate for those willing to go (or stay) vegetarian, so even the most flexible carnivores might not enjoy this diet. Health experts praise the flexitarian diet for its nutritional completeness, ease in following, and long-term weight loss potential. The diet’s claim is that flexitarians weigh 15 percent less than their more carnivorous counterparts while also maintaining a lower rate of heart disease, diabetes, and cancer. U.S. News reports that becoming a flexitarian is more about adding five groups to your diet, rather than taking any away — except meat and fish, of course. The diet dictates that consumers open up to new forms of “meat” like tofu, beans, lentils, peas, nuts and seeds, and eggs. It also encourages people to eat those offerings alongside fruits and veggies, whole grains, dairy, and sugar and spice.

Up next is one diet many still swear by: Weight Watchers. Weight Watchers International was founded in 1963 and still enjoys a loyal following. What’s more, health experts still applaud the diet’s effectiveness. U.S. News reports that Weight Watchers has surpassed other commercial diets thanks to its long-term maintenance potential. The diet’s emphasis on group support, fruits and vegetables, and room for indulgences also earn it top marks, and experts recognize it as nutritionally sound and safe. Earning a score of 3.9 out of 5, experts like that Weight Watchers puts no foods off limits and is significantly flexible. However, the publication notes that the diet is pricey and time-consuming when it comes to tracking points and calories. The Weight Watchers guarantee is that strict followers will lose up to two pounds weekly if they meticulously count calories and choose foods that fill them up on nutrients, rather than empty calories. Weight Watchers International launched its PointsPlus program in November 2010: now every food has a points value based on its protein, carbohydrate, fat, fiber, and caloric composition. Dieters have to stay within their daily PointsPlus target, which is a number based on gender, weight, height, and age. 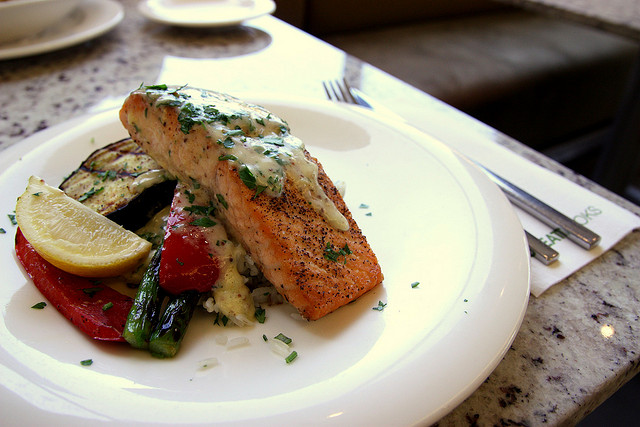 4. Mediterranean diet Coming in at No. 4 is the Mediterranean diet. Similar to Weight Watchers, this regimen earns a 3.9 out of 5 points from health experts who say it is nutritionally sound while offering a variety of foods and flavors. Mediterranean dieters are encouraged to primarily consume fruits, vegetables, olive oil, fish, and other healthy fare. They also are instructed to have a glass of red wine with dinner with the claim that it will help consumers lose weight, keep it off, and avoid a host of chronic diseases. There isn’t one set Mediterranean diet, but its food pyramid emphasizes fruits, veggies, whole grains, nuts, legumes, olive oil, and flavorful herbs and spices. The regimen encourages people to eat fish and seafood at least a couple of times a week while consuming poultry, eggs, cheese, and yogurt in moderation. 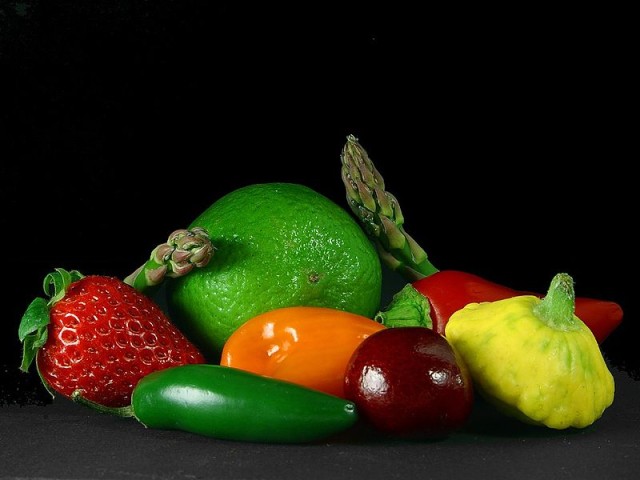 Taking the No. 3 spot is the Mayo Clinic diet, the Mayo Clinic’s approach to sustaining a healthy lifestyle. Although the diet is not known for its weight loss effectiveness, it scored a 3.9 out of 5 from experts who recognized it as a solid nutritional and safety tool against diabetes. U.S. News reports that the Mayo Clinic diet is broken into two parts: the “Lose It!” and the “Live It!” sections. Part 1 focuses on 15 key habits — those to add and those to ditch. Dieters don’t count calories during this phase and can snack on all the fruits and veggies they want. Part 2 comes two weeks later, when dieters learn how many calories they should eat. No food group is completely off limits during either phase of the plan, as the diet is supposed to be one that consumers can maintain for the rest of their lives, but during the “Lose It!” portion, people are banned from eating while watching TV, sugar (except what’s found in fruit), snacking (except on fruits and veggies), consuming too much meat and full-fat dairy, and eating out (unless the food you order follows the rules). In the “Live It!” portion consumers are given more wiggle room to occasionally break the rules but are also instructed to calculate the number of calories they eat while still losing a couple of pounds per week. Instead of counting the calories in everything they eat, however, they’re supposed to focus on servings. Experts say the biggest advantage of the Mayo Clinic diet is its significant cardiovascular benefits. 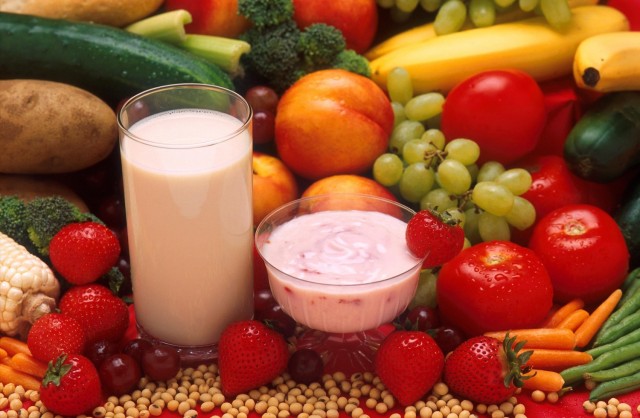 Health experts surveyed by U.S. News awarded the TLC diet an impressive 4 out of 5 points, earning it the No. 2 distinction. TLC refers to Therapeutic Lifestyle Changes, and it is a diet plan created by the National Institutes of Health. It has been praised by experts for promoting cardiovascular health and is characterized as a “very healthful, complete, safe diet,” per the publication. One pro of the TLC low-fat diet is that it is heart healthy and not a fad diet. The cons? Consumers are more on their own than in other diets and must be able to decode nutrition labels. The aim of the TLC diet is to cut high cholesterol, and it claims the ability to cut dieters’ LDL cholesterol by 8-10 percent in six weeks. The TLC regimen operates under the theory that cutting back sharply on fat — particularly saturated fat — along with strictly limiting daily dietary cholesterol intake and getting more fiber can help people manage high cholesterol, even without medication. Dieters on the TLC plan start by choosing their target calorie level and then cutting saturated fat to less than 7 percent of daily calories. Participants are forbidden to consume more than 200 milligrams of dietary cholesterol a day, or the amount in about 2 ounces of cheese. Consumers continue to eat fruits, vegetables, whole grains, low-fat or nonfat dairy products, fish, and skin-off poultry — however, it is up to them to dictate how they want to meet their nutritional guidelines, though sample meal plans are available.

The best dietary regimen according to U.S. News and World Report is the DASH Diet. The publication says this diet, promoted by the National Heart, Lung, and Blood Institute, was actually developed to fight high blood pressure but turned into a regimen that has been recognized as an ideal eating plan for all Americans. The publication’s panel of experts awarded it high marks for its nutritional completeness, safety, ability to prevent or control diabetes, and role in supporting heart health. The key behind the diet is its emphasis on nutrients like potassium, calcium, protein, and fiber. It recognizes those as crucial to fighting high blood pressure and instructs its followers to focus on foods such as fruits, veggies, whole grains, lean protein, and low-fat dairy while shunning sweets and red meat. The DASH diet also demands that consumers cut back significantly on salt, the basis of its effectiveness. In order to figure out how to best follow the DASH diet, consumers are encouraged to read the National Heart, Lung, and Blood Institute’s free guides on the plan, which can range anywhere from six to 64 pages. Guidebooks take dieters through the process of determining how many calories they should eat based on their age and activity level, informs them where those calories should come from, and reminds them to follow the DASH diet rule and go easy on salt. The pros of the DASH diet are that it is heart healthy and nutritionally sound. The cons: It’s more work than other commercial diets and somewhat pricey.