Tiny House Living: Could You Live in 200 Square Feet? 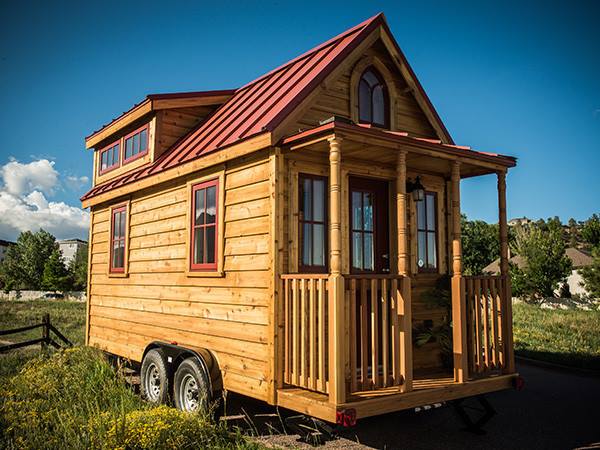 In many aspects of American culture, the idea of minimalism is taking root. Rejecting the “bigger is better” mentality that seems to go hand in hand with traditional American values, popular blogs like Becoming Minimalist are helping people pare down and live simply. There are plenty of critics of the minimalist movement, but it’s becoming evident that there are some advantages for people who put a priority on leaving a smaller environmental footprint, or saving on energy and housing costs.

In the midst of these sorts of ideals rising to the top, the trend toward tiny living has also grown. The movement is popular among a wide range of age groups, income levels, and philosophical ideologies. The decision to give up a normal sized home in favor of a space the size of some walk-in closets is often a blend of economic considerations and philosophical ideas about the purpose of living and the priorities of minimalism. Because of that, the choice to live in a home that fits on a trailer bed is often highly personalized, and definitely not for everyone. If you’re looking to save some money and don’t mind having your bathroom adjacent to your kitchen countertop, however, there can be some very real advantages to a minimalistic home.

Though minimalism has been growing in the United States, so too has the size of traditional homes. According to the U.S. Census Bureau, the average home size in 1973 was 1,525 square feet. By 2013, the latest year for which there is data, the average size of a new home had grown more than 68% to 2,598 square feet. The average electricity bill for a residential property in that same year was $100.20 per month, according to the U.S. Energy Information Administration.

Because there are no official regulations for tiny houses, there aren’t government statistics about how many exist in the United States, or comprehensive data about the cost of living. However, based on existing housing codes for “small” houses (instead of tiny) from the International Residence code, a true tiny home is normally less than 400 square feet. According to Tiny House Talk, a website dedicated to the movement, tiny homes can measure between 65 and 400 square feet. If measurements aren’t your forte, studio apartments in Manhattan normally start at 420 square feet.

Tiny House Talk creator Alex Pino described many of the cost savings available for homeowners living in a small space on a blog post for Tumbleweed Tiny House Company, one of the premier tiny house companies in the United States. Pino writes that of the people he knows who live in tiny homes, most pay only $10 to $15 per month for all of their utilities — not just electricity.

The largest argument for tiny homes in terms of cost is the freedom many tiny home owners have because they don’t have a mortgage (or they have a very small one). On Pino’s website, he estimates that building your own tiny house costs between $25,000 and $30,000. That normally includes a new trailer for it to rest on, professional construction plans, appliances, and other new materials bought at hardware suppliers, he adds. There are examples of people building tiny homes for $11,000 or even $4,000, but most sites agree the general do-it-yourself route normally costs in the $20,000 range. Top-of-the-line deluxe models that are built for you, such as homes from Tumbleweed, are often in the $55,000 to $65,000 range.

Forbes points out that tiny houses do cost much more per square foot than traditional homes. The average price works out to between $200 and $400 per square foot, higher than the median cost of homes in 48 states (only Hawaii, California, and Washington, D.C. have higher price points). One thing tiny homes do have going for them, however, is that their small size still makes them much cheaper overall than a typical home. According to Zillow, the average sale price of a home in the United States during the spring of 2015 was $208,238. Pino points out that in many cases, tiny home owners are able to pay the costs up front, rather than be burdened by a mortgage with interest payments.

Pino estimated in 2012 that a tiny home could save homeowners $378 or more a month. Since lifestyle factors vary greater from family to family, there’s not one estimate that will hold true for everyone. But many tiny house owners don’t need to make rent or mortgage payments. The average rent in the United States is now over the $1,000 threshold at $1,314 per month, according to Statista. Mortgage payments are only slightly lower, at an average of $1,061 per month. With the median property tax bill at $2,043 in 2010, count on at least another $170 per month on top of your mortgage. The idea is that many homeowners can avoid monthly payments — or at least large ones — by moving into a tiny house. 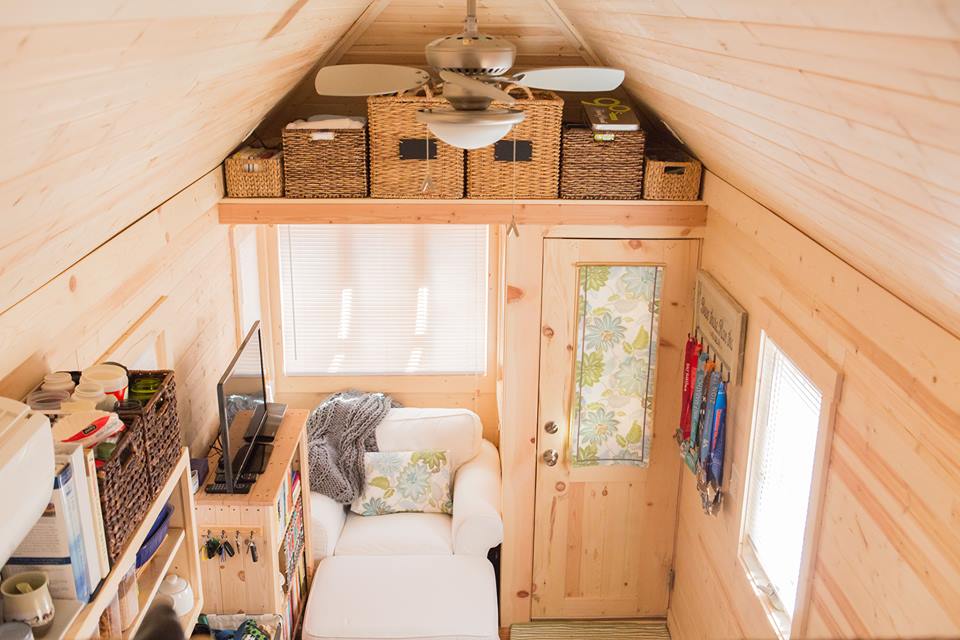 All of those savings might sound great, but the lifestyle isn’t for everyone. Many of the advantages to tiny living, advocates say, is that you’re forced to pare down not only your living space but also your possessions. Along with that often comes an ideological shift about priorities in every aspect of your life. While most documentaries and other profiles of tiny house dwellers feature individuals or couples, some families with children do live in downsized homes. This sort of arrangement means fewer toys and devices, as well as a smaller wardrobe.

For some people, it goes even deeper than that. On his website, Pino elaborates on the philosophical thought process behind tiny living. “The real message behind the tiny house movement and simple living for me is being more conscious about how we live,” he writes. “This includes the purchasing and consumption decisions that we make but it also includes even deeper things like making goals for our lives and getting rid of the necessary ‘baggage’ to get what we want.” Other commentators on tiny living point out the atmosphere can encourage homeowners to be more efficient in everything, including how to spend their time.

Paring down your possessions to the true necessities for the sake of saving on your energy and housing costs is one thing. Buying into a minimalist mentality that less is truly more is quite another. The cost savings on their own merit might not always seem worth it when you and your partner are permanently crammed into the equivalent of a small RV. However, those savings paired with an ideology that favors minimalism will likely be enough to make the more claustrophobic days seem worth it.