Tour(ism) de France: Sights to See Along This Year’s Route

As Tour de France cyclists battle through the ruthless peaks and valleys of western Europe, they will encounter some of the most inspiring views of the continent. Unfortunately for them, they don’t get much of a chance to stop and take in the scenery.

Luckily, we’ve compiled the below Tour(ism) de France so you can safely sidestep that inconvenience. Don’t miss out on any of the spectacular sights along the route of the 101st annual race’s course — we’ll cover all 3,664 kilometers without breaking a sweat!

(Note: The distances and geographical coverages mentioned below are all cited directly from the official Tour de France website.) 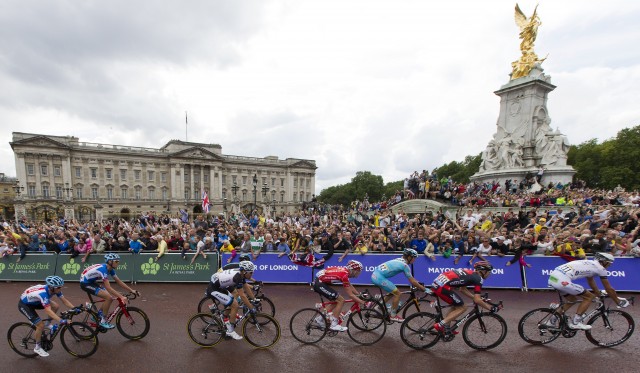 Stages 1-3: A Jaunt Through England

In stage one of the Tour, cyclists zoom 190.5 kilometers through the rolling English countryside from Leeds to Harrogate. Off the beaten path from a typical jet setter’s romp through London, the Tour swoops through the “real” England — charming villages, all nestled between the lush green hills of Yorkshire Dales National Park. In the second stage, cyclists continue to enjoy the English countryside, speeding 201 km out of the spa town of York and through Peak District National Park — which contains, according to Lonely Planet, “some of England’s wildest, most beautiful scenery.”

Of course, no trip to England — no matter how fast — would be complete without seeing the renowned sights of London. Stage three kicks off in Cambridge, home to the famous University of Cambridge — which, according to the University’s website, is celebrating its 805th birthday this year. The stage concludes with a quick tear past the 2012 Olympic stadium, a jaunt through the historic streets of London, and a ceremonious finish on the Mall by Buckingham Palace, flanked by the Houses of Parliament and Big Ben. 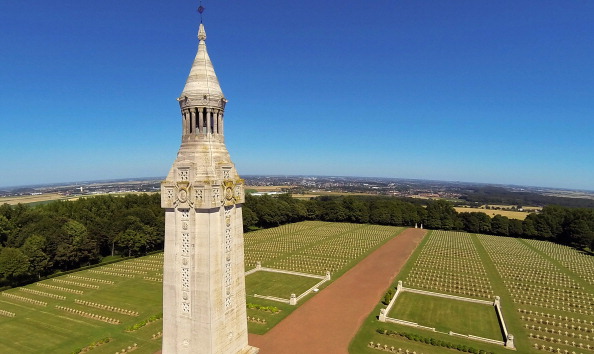 This year marks the centennial of World War I’s fated beginning, and cyclists will have many opportunities to — albeit sweatily — pay their respects along the race course. Stages 5-10 expose competitors to rigors of the northern French countryside, kicking off in the Belgian border city of Ypres. According to ABC News, Ypres, the site of various strategic battles in World War I, was “immortalized by Canadian soldier-poet John McCrae in his [1915 war] poem, ‘In Flanders Fields.’”

ABC further notes that cyclists will pass nearby “France’s largest military cemetery, Notre-Dame-de-Lorette [pictured above], where 40,058 French war dead are buried,” and through various other sites of military significance scattered throughout the rural landscape. 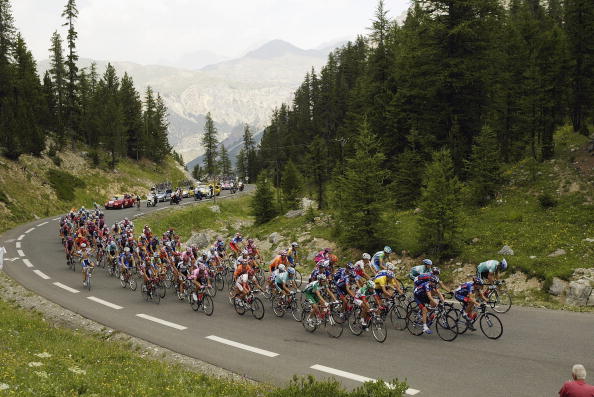 Beginning in Besançon, France, cyclists face the touted peaks and valleys of the Jura Mountains in stage 11, tackling an aggressive Alpine course over the subsequent days.

These five stages cover Eastern France, with riders approaching both the Swiss and Italian borders over the course of five days. Cyclists face some of the most notorious — yet inspiring — climbs of the course in this subsection, including a finish of mountainous stage 13 Chamrousse at 1,730 meters, according to the Tour website. Stage 14 is similarly grueling, with three painful Alpine climbs: including the Col d’Izoard at 2,360 meters — the highest point in the race, according to Bicycling – and a finish at 1,855 meters.

As painful as it sounds, reaching the summit bears its own reward. High altitude points along the mountain range offer grand and sweeping views of the French, Italian, and Swiss countrysides below. 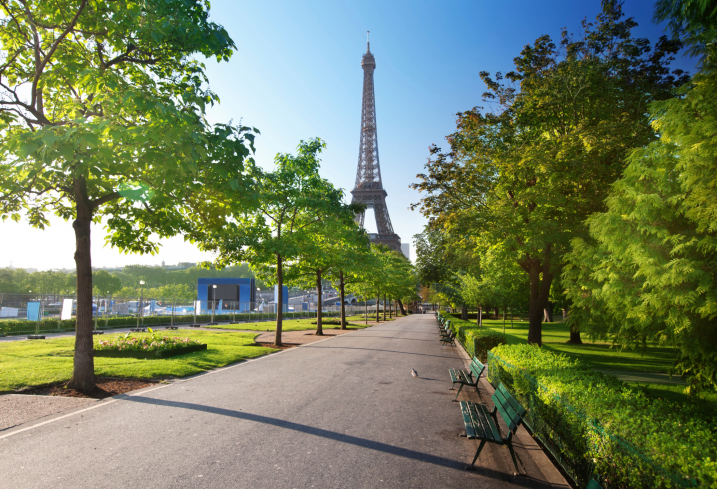 Stages 16-21: A Steep Final Flight to the City of Lights

At this point in the Tour, only six stages lie between cyclists and the Finish Line — three of those stages (16-18) being brutally mountainous. This leg of the Tour sends cyclists on a grinding run through the spectacular Pyrenees in southwestern France, nearing the border to Spain.

Several monumental climbs follow, including Stage 16′s unforgiving Port de Balès, a 20-kilometer beast — rounded out by the deceptively short stage 17 — a breezy 125 kilometers, but with four major climbs packed into the final 70 kilometers, according to Bicycling. The rest of us can at least be thankful for the dazzling views that unravel ahead as participants navigate the ruthless twists and turns of stage 18.

Stages 19 and 20 cut upward along the western coast of the country, with stage 21 marking the triumphant and famed Parisian finish along the Avenue des Champs-Élysées, a backdrop of the Eiffel Tower being each cyclist’s final reward. These final three flat courses serve up their own unique challenge, requiring a high degree mental and physical fortitude after two consecutive weeks on the bike. Here’s hoping those cyclists live it up in the City of Lights for a while, or at least soak in some rays on the southern coast.