Tours on Tap: 8 American Craft Breweries You Need to Visit

The top craft breweries are built as much upon their delicious, unique beers as they are upon their bold and distinct identities. As the craft beer market continues to flourish and expand, each of the brewers within the industry brings something new to the table — and beer enthusiasts can’t seem to get enough! These remarkable American brands have made a strong name for themselves in the past few years, and are giving back to their supporters by offering fun, education, and often free tours (and tastings!) on premises.

Here are 8 of the top craft brewery experiences in the U.S. Start planning your road trip now! 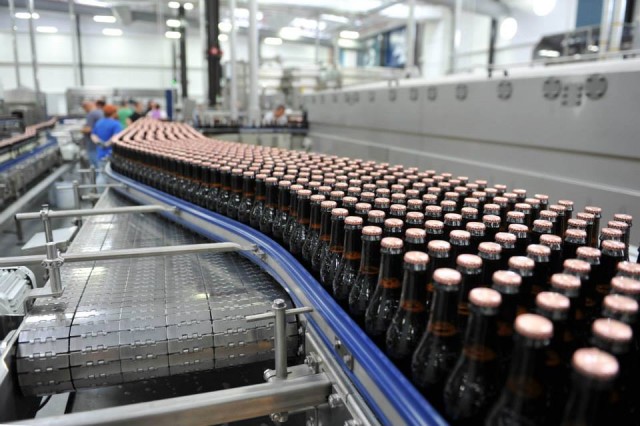 The Dogfish Head brewery began as a simple Delaware brewpub back in 1995 — making it the smallest commercial brewery in America at the time, according to their website. It has since evolved into one of the nation’s most recognizable labels. In 2002, the brewery headquarters moved to its current location in Milton, Delaware, where free tours are offered to the public on Mondays through Saturdays. On your tour, learn about the brewing process, play some bocce and corn hole, and of course — drink some free beer! 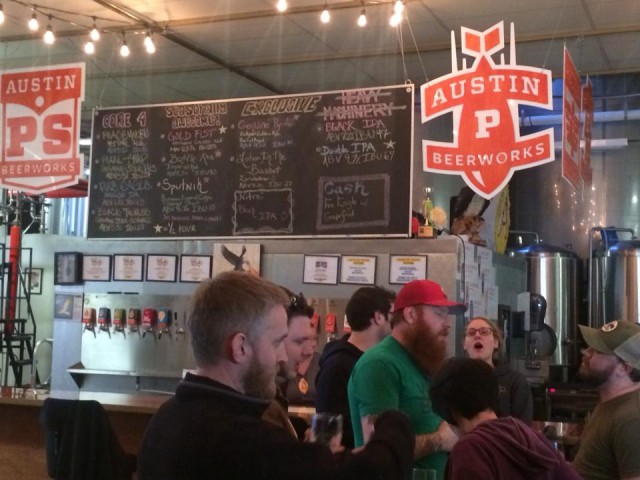 Austin Beerworks’ brews have a more confined range of vendors — mostly located in and around Austin, Texas — but that doesn’t make this tour any less worth taking. The brewers created their first official batch in 2011, according to Culture Map Austin, and have since stuck to the mission of brewing “beers you want more than one of.” Austin Beerworks has a “core four” year-round lineup of excellent offerings, and the brewers behind this beerworks are as diverse as the beers brewed here (former hairstylists, military experience, a former pro disc golfer, among other things). Tours are available Thursdays through Sundays. More details can be found on the Austin Beerworks website. 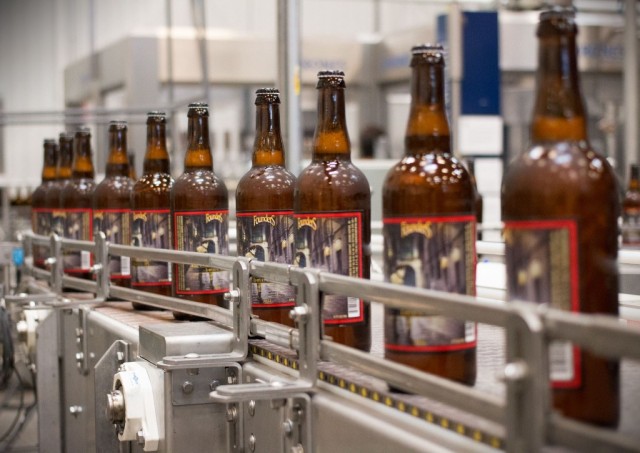 Founders Brewing Company was established in 1997. After some initial identity struggles, this brewery found its niche market — beer lovers looking for complex, aromatic, “in-your-face” kinds of beers, according to their website. Founders has expanded into one of the more reputed and beloved brands on the craft beer circuit, consistently being recognized and awarded for their unique and innovative taste. Food, beer, and brewery tours are offered at the Founders Taproom in Grand Rapids. Tours are $10 each and come with a Founders pint glass in which to enjoy your guided Founders tasting. Additional tour details are available on their website. 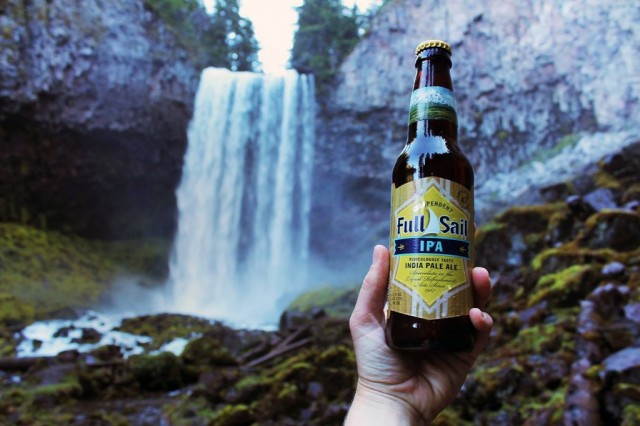 Oregon is a hotbed of beloved craft breweries — Rogue Ales Brewery, Widmer Brothers Brewing, and Deschutes Brewery, to name a few. But a visit to Full Sails gives guests the best in beers and environment that Oregon has to offer. This brewery is located in viewing distance of scenic Mount Hood, overlooking the majesty of the Columbia River Gorge. Enjoy a free brewery tour (offered daily) and take in the sights while sipping a lager or IPA out on the brewery’s tasting deck, which offers sweeping views of the Oregon landscape — hard to beat as far as tasting environments go! You can learn more about visiting Full Sail Brewing Company on its website. 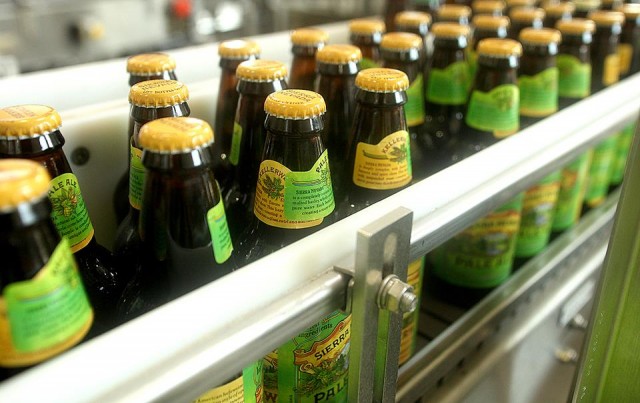 Sierra Nevada, founded in 1979, has grown in the past decades from a fledgling brewery to one of the most familiar brands known to American craft beer. Appreciators of the label can get an up close and personal look at the operation behind the brews in their choice of the three guided tours (Brewhouse, Sustainability, and Beer Geek) available on-site. Tours and tastings are free of charge — except for the intimate three-hour Beer Geek excursion, which costs $25.

Limited tours are also available at the brewery’s new Mills River, North Carolina outpost (still under construction, as of summer 2014). Further tours will be offered upon this branch’s completion in fall 2014. Additional tour details can be found on Sierra Nevada’s website. 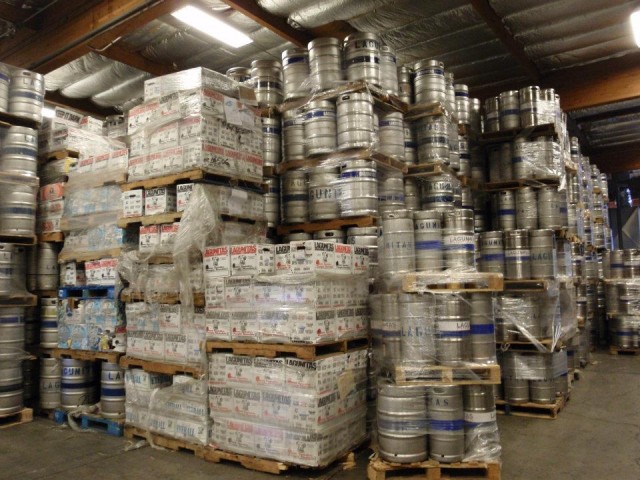 Established in 1993, Lagunitas is one of the most rapidly growing and popular names in the craft beer business. The brewery specializes in unique spins on popular beer types — each with its own charming and unforgettable name (Little Sumpin’ Sumpin’, Hop Stoopid, among others). Free tasting and non-tasting tours are available daily at both brewery locations. Visit either site for a personal, guided lesson on the core tenets of the Lagunitas brewing philosophy — and stock up on some favorite brews while you’re there! Visit the brewery’s website for additional details. 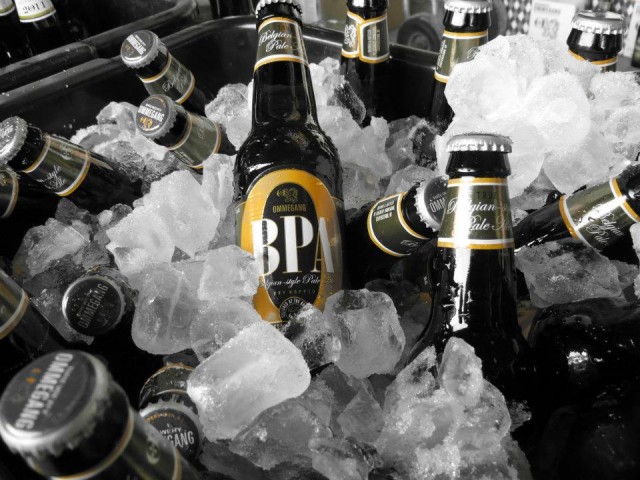 Next time you’re up near Cooperstown, enjoy a free 30-minute tour at this Belgian-style brewery. For an additional $3, help yourself to a 30-minute guided tasting of six or so of their finest brews — complete with a souvenir tasting glass. Upon completing the guided portion of your visit, grab some lunch — and, of course, more beer — at the Belgian-themed café on the premises. For more information on visiting Brewery Ommegang, check out its website. 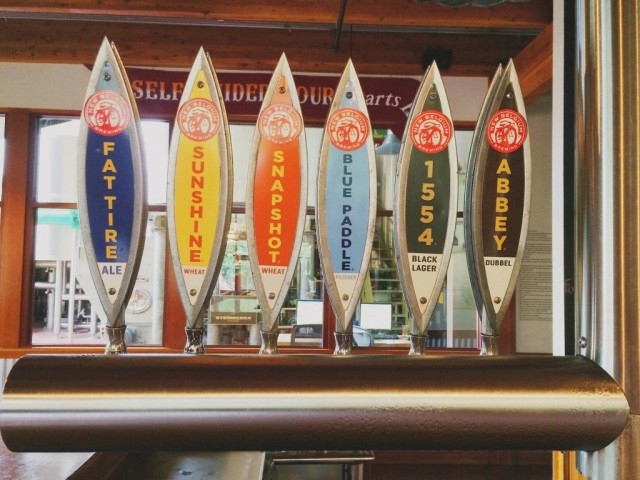 New Belgium Brewing Company was founded in 1991 and has made the brewing and distribution of world class Belgian-inspired beers its mission since day one. Take a quick jaunt outside of Denver and try a free 90-minute stroll through New Belgium’s brewery. Tours, available daily, include a tasting portion — and don’t forget to pick up some souvenirs. The brewer is currently working on expanding to an Asheville, North Carolina premises, slated to be in operation by the end of 2015. Visit the New Belgium Brewing Company website for more information.