Crockpot Mistakes: 10 Types of Food You Should Never Cook in a Crockpot

When it comes to making dinner easy, the crockpot reigns supreme. Once a laughable appliance that seemed stuck in the ’70s, slow cookers are cool again. The Washington Post reported sales have skyrocketed in recent years, and growing numbers of those consumers are men. Americans have discovered it’s pretty hard to beat the convenience of throwing a bunch of ingredients together, tossing a lid on it, and hitting a button as they run out the door. The smell of dinner as soon as you get home doesn’t hurt either.

As tempting as it might be to try to adapt every recipe into a crockpot-friendly version, there are certain things that just don’t work well. Delicate foods and some starches will always do better with less time-intensive cooking methods. Instead of suffering through the crockpot mistakes alone, we’ve put together a guide to help you steer clear of some disastrous dinners.

Keep this one on the stove | iStock.com

Though it takes around 20 minutes to cook, longer if you include extra time to let it steam, rice isn’t something that benefits from more cooking. Better Homes and Gardens explained there are a couple of problems with trying to cook rice in the crockpot: brittle rice around the edges and undercooked grains in the center. A simple stovetop method is best. Start it as soon as you get home, and it will be ready in no time.

For soup recipes that call for the starch, you can add it in near the end of the cooking time. One Dish Dinners suggests adding the grains with 2 hours to go, but that isn’t really practical for busy days. Using sturdier grains like barley or farro is a better choice.

Most noodle dishes just get too soggy | iStock.com

There are plenty of recipes for slow cooker lasagna or rigatoni casseroles out there, but pasta is one food that just isn’t meant for slow cooking. Bon Appétit said, “it becomes a mushy mess. Just don’t do it.” For soups or stews that call for pasta, you can always add the noodles near the end, but they’ll continue to absorb more liquid as the dish sits. That means leftovers will be gooey, and not in a good way.

Plenty of pasta recipes come together in a half hour or less, so skip the slow cooker method altogether and make something like these Pasta shells with peas and ham from Food & Wine. If only the rich flavor of a lasagna will do, make a whole pan ahead of time over the weekend. Then all you have to do is toss it in the oven on a busy night.

Crockpots do wonders for tough pieces of meat. That doesn’t mean that already tender cuts will be even better. Food Network explained these leaner cuts will get dry and tough, so stick with the old standbys like pork shoulder and brisket.

Pork tenderloin, boneless chicken breasts and many kinds of steak are already tender, so methods like grilling or sautéing yield the best results. Save these for nights when you can devote a little bit of extra time to making dinner.

There’s a reason crockpot recipes usually include veggies like potatoes, carrots, and cabbage. They’re sturdy, so they hold up well and sometimes get better, with longer cooking. Delicate produce can certainly be cooked in a slow cooker, but the results won’t be terribly tasty. There are plenty of delicious dishes for asparagus and peas out there, but you won’t find any suggesting you put these vibrant veggies in a crockpot.

As with rice, it’s possible to add certain kinds of produce near the end of the cooking time. Better yet, cook your dinner in the slow cooker and make a quick side dish with plenty of fresh flavors to serve alongside.

Shrimp will turn to rubber |  iStock.com

With plenty of health benefits, it’s no wonder people are trying to eat more fish these days. For many, though, trying to figure out how to cook this protein can be a bit of a challenge. It might seem natural to turn to the seemingly no-fail power of a crockpot, but not so fast.

Most fish and shellfish cook in a matter of minutes. “Seafood turns rubbery when overcooked,” Epicurious said in a piece about cooking these delicate proteins. Heartier seafood like swordfish and tuna steaks might be a lot heftier, but they actually taste better left a little pink in the middle. All of this means it’s a much better idea to invest your time in a little bit of stove or oven cookery. Trust us — your taste buds will thank you. 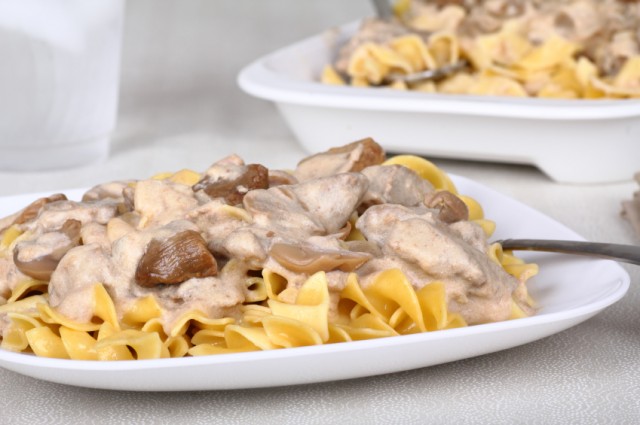 Plenty of delicious sauces and soups get a rich texture from cream, milk, or yogurt. Don’t be tempted to try cooking these ingredients all day, though, or you’ll come home to a grainy, gross mess. Cooking dairy products for too long causes the whey to unravel and bind with casein to form unpleasant lumps, according to America’s Test Kitchen. This is especially true with lower fat products such as yogurt and milk. Heavy cream and créme fraiche hold up better, but they can still separate when cooked for too long.

That doesn’t mean every recipe with a little bit of creaminess is out, though. Many dishes call for stirring in a spoonful of sour cream or yogurt at the very end, and that works just fine in the crockpot. This recipe for beef stroganoff from The Daring Gourmet is a great example. But save recipes like rich chowders and cream gravies for days when you can devote a little bit of time to the kitchen. Besides, sometimes a little bit of stirring and chopping can be fun. 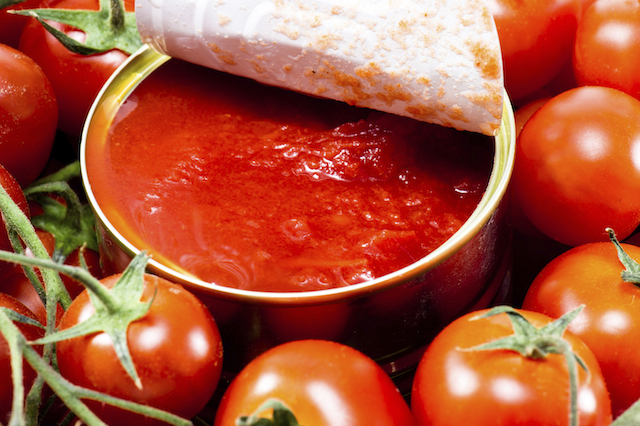 Use whole tomatoes for the crockpot | iStock.com

Crushed tomatoes from the can are certainly convenient, but when it comes to your crockpot, it’s best to leave them out. Laura Frankel, author of Jewish Slow Cooker Recipes, tells Today canned crushed tomatoes can develop a consistency that’s too mushy when they’re cooking in the crockpot. And stay away from canned tomato sauce, which may lead to unexpectedly over-salting your dish.

Frankel recommends using canned whole tomatoes instead. To prepare them, squeeze them with clean hands to crush them into the desired size, or you can cut them up into smaller pieces using kitchen scissors. If you’re not keen on using canned tomatoes, try incorporating oil-packed sun-dried tomatoes.

Chicken will work out better if you remove the skin first | iStock.com

The crispy skin on a perfectly roasted chicken might be the best part of a typical Sunday dinner, but things don’t exactly turn out the same when when you cook that same bird in a crockpot. As Eat This, Not That! points out, the skin becomes unappealingly flabby when left to slowly cook submerged in liquid. You’ll be much better off going for boneless, skinless chicken thighs instead. And lucky for you, this cut is usually a complete bargain at the grocery store.

Fresh herbs can wilt in the crockpot | iStock.com

It may look beautiful to add a sprinkling of fresh herbs on top of your crockpot dish before it’s ready to sit and cook for eight hours, but when you return to your home-cooked meal, you may be unpleasantly surprised by the result. Fresh herbs taste best when they’re cooked minimally, which is why we tend to throw them into dishes during the last few minutes of cooking. Self warns if you add them in too early, you’ll end up with wilted, brown herbs that are nearly flavorless.

Try adding in some dried herbs to your crockpot dishes instead. These herbs can withstand the long cook time and will leave your meal tasting fantastic. Save the fresh herbs for garnish when the dish has finished cooking.

When cooking with wine, always go for quality | iStock.com

If you’re planning on cooking with alcohol in your crockpot, you’ll want to be extra careful of how much you add. The Huffington Post reminds us the alcohol cooks off in recipes involving stovetop cooking due to evaporation. Because your crockpot dish is covered, adding too much booze means it will saturate your dish with that unpleasant flavor with no means to escape. Adding a little bit of wine in your dish is fine, but don’t go overboard and make sure it’s something you’d actually drink.