Want to Feel Safe? Move to a City with Low Unemployment

A closer look at unemployment, poverty, and average income in cities where people felt least safe seems to point to a link between an area’s economic health and residents’ sense of security. Most of the top 10 cities where people felt least safe had rates of unemployment above the national average of 5.4%, household incomes below the national median of $53,046, and high rates of poverty (in many cases, more than a quarter of residents were living below the poverty line). While crime is a problem in some of the cities, they weren’t necessarily the most dangerous cities in the country.

People who live in Des Moines, Iowa, feel more safe and secure than most other Americans, according to a recent Gallup poll. More than 85% of Des Moines residents said that they always feel safe and secure. Other cities where more than 80% of people felt safe include Raleigh, N.C., Boise, Idaho, and Honolulu. 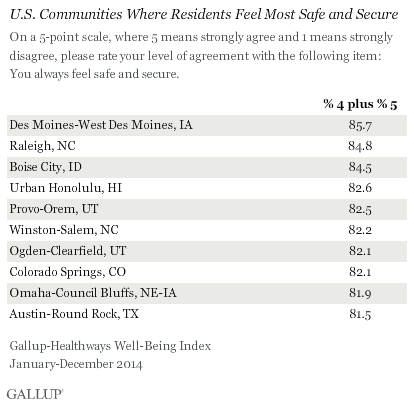 Residents of Fresno, Calif., Memphis, and Las Vegas were much less likely to say that they feel secure, with fewer than 70% of people saying they always felt safe. Feelings of safety and security are closely tied to overall feelings of well-being, as well as to a city’s “propensity for economic growth and development,” says Gallup. 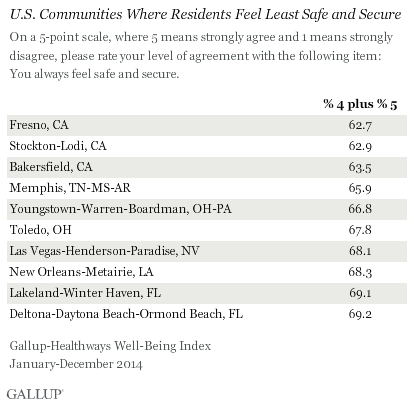 Here’s a deeper dive into the underlying conditions in the cities where Americas are least likely to feel safe. 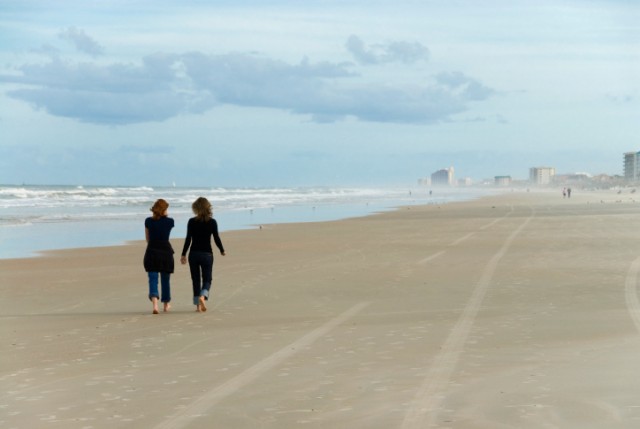 “Volusia County is one of the poorest urban counties in Florida,” Volusia County Councilman told the Daytona Beach News-Journal earlier in May. Wages are up and unemployment is down in the county, however, which is home to Daytona Beach and other oceanfront communities.

Income and poverty data are for Volusia County, Fla.

The central Florida city of Lakeland (population roughly 100,000) experienced eight gang-related homicides in 2013, according to local television station WFLA. Those crimes could be contributing to residents’ sense that their community isn’t safe, though there has been a drop in crime in recent months.

Income and poverty data are for Lakeland, Fla.

In many ways New Orleans has bounced back from the devastation of Hurricane Katrina. However, the city’s subsequent economic growth has not been spread out equally, and income inequality in the city is actually increasing faster than in other U.S. cities, according to a report in The Guardian. Crime was also up more than 15% from 2013 to 2014.

Income and poverty data are for New Orleans.

Violent crime was down in Las Vegas in 2013 but property crime was up, according to FBI statistics reported in the Las Vegas Sun. The city has a relatively high crime rate compared to the national average.

Income and poverty data are for Las Vegas.

Hiring is steady in this Rust Belt city, says the Toledo Blade, and unemployment is close to the national average. But Lucas County, home to Toledo, also ranks near the bottom in terms of economic mobility for low-income people, according to a report in the New York Times. Crime seems to be improving somewhat, though. There were 22 homicides in the city in 2014, compared to 29 in 2013 and 39 in 2012, the Toledo Blade reports.

Youngstown’s fortunes declined with the loss of the steel industry in the late 1970s, as the population fell and crime increased. Recent growth in the energy industry may turn the city around and has already helped the unemployment fall from double-digit recession levels, according to a report in the New York Times.

Income and poverty data are for Youngstown, Ohio.

Memphis not only struggles with a relatively high rate of poverty and low median income, but it also regularly pops up on lists of the most dangerous American cities.

Three central California cities top the list of cities where people feel least safe. Kern County, where Bakersfield is located, is a major oil producer in California, and the recent drop in oil prices has his the region hard, according to a report in the Los Angeles Times. 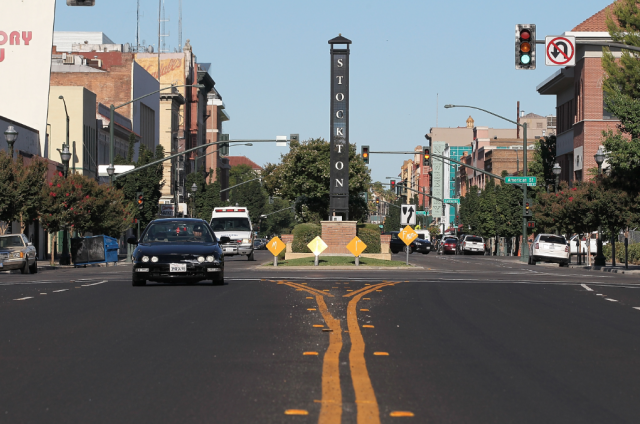 Stockton was one of the largest U.S. cities ever to declare bankruptcy when it filed for Chapter 9 protection in 2012. In May 2015, a lawsuit that challenged the city’s decision to continue making full pension payments to retirees was dismissed, which is good news for the city’s workers.

Income and poverty data are for Stockton, Calif.

Fresno has one of the highest unemployment rates in the United States. But the city’s 2016 budget includes money for more police officers and firefighters, which should help residents feel safer.