3 Best Ways to Get Rid of a Hangover, Based on Research

We’ve all been there. Headache, nausea, trembling, fatigue, dehydration, diarrhea — a hangover. Here’s the thing: Science still doesn’t know much about hangovers and how to cure them. We’re still not sure exactly what causes them, so we don’t really know how to stop or fix them. Some scientists are making strides on finding drugs that bind with the receptors responsible for intoxication and its after effects, but there’s nothing concrete yet.

The best way to cure a hangover is to not get one in the first place, but if you’re sitting around with a banging headache and gastrointestinal distress, that doesn’t help. You reach for your favorite hangover cure, whether that’s a bloody mary, a greasy breakfast sandwich, coconut water, or Gatorade, and hope it goes away as soon as possible. However, discoveries are being made that are uncovering new information about hangovers, and most of what you know is wrong. Here are three things we’re learning from new research that will help you recover from that hangover.

Common sense and old research has always dictated that if alcohol is a diuretic, which it is, those headaches you’re experiencing during a hangover are dehydration-driven. We reach for coconut water and Gatorade to replace the fluids and electrolytes we’ve lost and hope we can rehydrate enough to bounce back and be on our merry way. Recent research has shown, though, that hydration is only a small part of why we feel crummy during a hangover, and its only real effect is likely your headache. The Alcohol Hangover Research Group, a cohort of the world’s hangover researchers founded in 2009, has found that dehydration is a concurrent but independent outcome that isn’t actually a part of the hangover. In general, it’s been shown that electrolyte levels don’t vary much between controls and people with hangovers, so that coconut water probably isn’t helping as much as you think it is. To rehydrate, The Pain Center of Arizona recommends drinking 12 to 32 ounces of water and your dehydration symptoms should wane in 1 or 2 hours.

Since your hangover will probably last longer than that, let’s set rehydrating aside and get to whatever it is your stomach is doing.

2. The lining of your stomach needs some love

Alcohol irritates your stomach lining and delays the emptying of your stomach, especially with alcohol concentrations greater that 15%, which is why you’re more likely to feel sick to your stomach after a night of red wine or liquor than light beer. It also makes our bodies produce more gastric acid as well as pancreatic and intestinal secretions, causing that painfully nauseating churning sensation in your gut. Ultimately, this is what’s causing you to vomit. Since hangover scientists don’t have a lot to say yet about how to overcome this, we turn to scientists who study gastritis, a chronic condition of inflamed stomach lining and the overproduction of stomach acids. To help neutralize the overactive stomach acids, the National Institute of Diabetes, Digestive, and Kidney Diseases suggests simply popping a couple antacids. Whether it’s Alka-Seltzer, Maalox, Rolaids, or Rio-pan, getting the acid under control will help you recover.

Now about your stomach lining: It’s still inflamed an unhappy. Coffee will probably help you feel like a real person again, but it’s not doing your stomach any favors. Same goes for carbonated beverages (yes, even ginger ale!) and citric acid-laden fruit juices like orange juice. That greasy breakfast sandwich you’ll reach for is close, but not quite right. You want fiber and protein, but the University of Maryland Medical Center warns that foods high in fat have been known to increase inflammation. Instead, they recommend whole grains, lean protein, and foods rich in flavonoids like apples, celery, cranberries, and green tea.

3. Pop some ibuprofen and eat some chicken soup 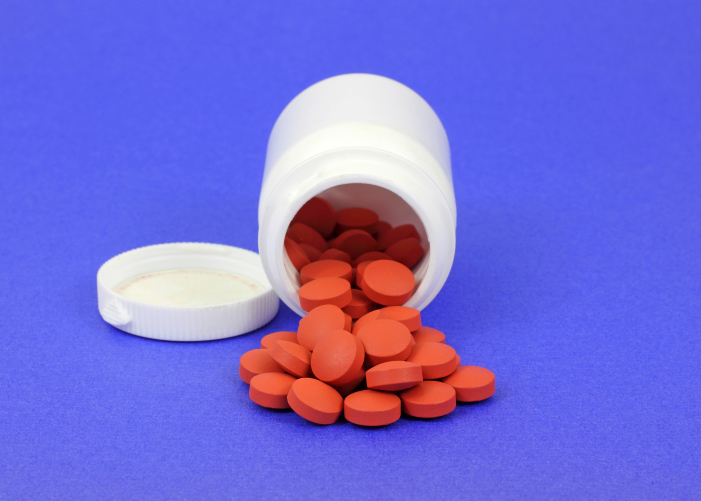 One of the most interesting findings in hangover research recently is that a hangover may be the symptoms of inflammation. A Korean study found that people suffering from hangovers had high levels of cytokines, substances secreted by our immune cells that are involved in inflammation and communication between cells. Though these normally help us fight infections, large doses of cytokines injected into healthy people have been known to cause nausea, headache, and fatigue. Sound familiar? Some evidence has even shown that abnormally high cytokine levels can hinder memory formation (aka why you can’t remember what you did last night).

Inflammation is generally regarded as a bad thing in health. Ibuprofen is an NSAID that, unlike other pain meds such as Tylenol and Advil, targets inflammation. It’s important to avoid acetaminophen, which can damage your liver if you’re still working through the alcohol. Chicken soup has shown promise in reducing inflammation by prohibiting the migration of the immune cells that cause inflammation. Considering that chicken soup can also help reduce stomach irritation with high protein and low acidity, replace the salt lost in excessive peeing and puking, and has plenty of liquid to replace lost fluids, it could be the hangover remedy you’re looking for.