What Is the World’s Most Commonly Used Drug? Your Morning Brew 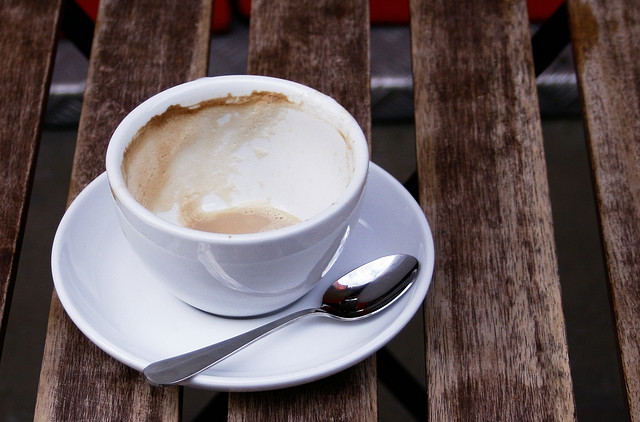 Outside published a report online on Wednesday that highlighted interesting details about a new study conducted by researchers at the John Hopkins University School of Medicine. The report, Caffeine Use Disorder: A Comprehensive Review and Research Agenda, written by Laura Juliano, Steven Meredith, and Roland Griffths, found that more people are dependent on caffeine to the point where they suffer withdrawal symptoms and are unable to reduce caffeine consumption even if they suffer from a condition that demands it.

The researchers deemed caffeine the most commonly used drug in the world — found in coffee, tea, soda, chocolate, over-the-counter pain relievers, and more — and they make the claim that health professionals are too slow to recognize problematic caffeine use and acknowledge that some cases require treatment.

Consumer addiction to caffeine has become a common joke among coffee drinkers, but the researchers from Johns Hopkins argue that “caffeine use disorder is not something that should be taken lightly. According to EurekaAlert, their study outlines the results of previously published research that supports the case of caffeine dependance, data that show how widespread dependence is, and the physical and psychological symptoms experienced by habitual caffeine users.

They think dependence is dangerous when people are unable to reduce caffeine consumption even when they have another condition that may be impacted from the drug, such as a pregnancy, a heart condition, or a bleeding disorder.

Juliano, Meredith, and Griffiths aren’t the only researchers who have recognized the problem of caffeine dependence. According to Outside, caffeine use disorder is now listed in the American Psychiatric Association’s Diagnostic and Statistical Manual of Mental Disorders, a guide for classifying mental illnesses that is employed by health professionals across the country. The APA says that there needs to be more research on caffeine use disorder.

Juliano said: “There is misconception among professionals and lay people alike that caffeine is not difficult to give up. However, in population-based studies, more than 50 percent of regular caffeine consumers report that they have had difficulty quitting or reducing caffeine use. Furthermore, genetics research may help us to better understand the effects of caffeine on health and pregnancy as well as individual differences in caffeine consumption and sensitivity.”

According to DorchesterHealth.org, caffeine is known medically as trimethylxanthine. It is a substance that exists naturally in certain plants but it also produced synthetically and used as an additive in food products. The drug operates by using the same mechanisms that amphetamines, cocaine, and heroin use to stimulate the brain. Caffeine’s effects are more mild than the aforementioned drugs, but they manipulate the same channels and thus have the capacity for addiction.

The effect of caffeine on health has been widely studied, and in some cases it has been linked to fibrocystic breast disease, cardiovascular disease, birth defects, reproductive function, and behavior in children. Because of this, professionals generally advise adults to limit consumption to no more than 400 milligrams per day — about two or three 8-ozunce cups of coffee. EurekaAlert says that pregnant women are instructed to consume less than 200 milligrams per day, and those who experience anxiety or insomnia should also limit caffeine.

The problem is that many people find they cannot limit caffeine without suffering symptoms of withdrawal, which is why many industry professionals are now pushing for the expanded research on the addictive qualities of caffeine and their potential dangers. Juliano believes that more research could educate consumers on the hazards of caffeine dependence and even open them up to the idea of treatment.

She said, “Through our research, we have observed that people who have been unable to quit or cut back on caffeine on their own would be interested in receiving formal treatment — similar to the outside assistance people turn to if they want to quit smoking or tobacco use.”