Cooking Frozen Fish Properly: Everything You Need to Know

For most of us, frozen fish is a fact of life. While fresh fish right off the dock is best for flavor and texture, that’s just not realistic for most home cooks. As soon as a fish is caught and killed, its quality starts to decline; that’s why the “catch of the day” is such a big thing. In many cases, frozen is fresher than raw, as flash-freezing happens on most commercial boats within minutes of being caught. When it comes to cooking this frozen fish, though, do you let it thaw or do you cook it while it’s still frozen? A good dinner from frozen fish depends on many factors. Here, we discuss everything you need to know about turning frozen fish into a great dinner.

Some fish is OK to thaw, while others are better when cooked straight from the freezer. When fish is flash frozen, it all comes down to the size of the cells in the flesh: the smaller the cells, the smaller the ice crystals, the less damage done to the flesh during thawing. Alton Brown explains this process as it relates to berries in his Good Eats episode, “Strawberry Sky.” Most living things, whether flora or fauna, are made up of a lot of water. When it freezes, water does two things: it develops into sharp crystals and it expands. This will rupture the cells and lead to mushiness upon thawing. The slower this happens, the more time the crystals have to form. A flash freeze will produce smaller crystals, which do much less damage to the cell structure, which means less mushy fish. The smaller the cells are to begin with and the faster it’s frozen, the smaller the crystals. This is why frozen shrimp and squid and thinner cuts like flounder are fine as long as they’re properly frozen, and why thicker-cut, meaty, flaky fish like salmon and cod can suffer through thawing.

For taste and food safety, shellfish should typically be alive or frozen when sold. Lobster is a poster child for this, and that’s why most lobster you see is still kicking in the store. Soft-shell crab can be killed and cleaned, but has a very short shelf life. When it comes to shrimp, don’t assume that raw means fresh. In fact, almost all shrimp for sale at U.S. stores — raw or not — has been frozen at the farm or on the boat. Unless your fishmonger is trustworthy and specifically says the shrimp has never been frozen, that shrimp has been frozen and defrosted. If you’re really serious about quality, don’t assume that raw is better without doing some digging. As soon as any fish has been thawed, the clock is ticking. Better to defrost it yourself under cold water right before using. It’ll take 10 minutes and it will be the closest to fresh most consumers can get! 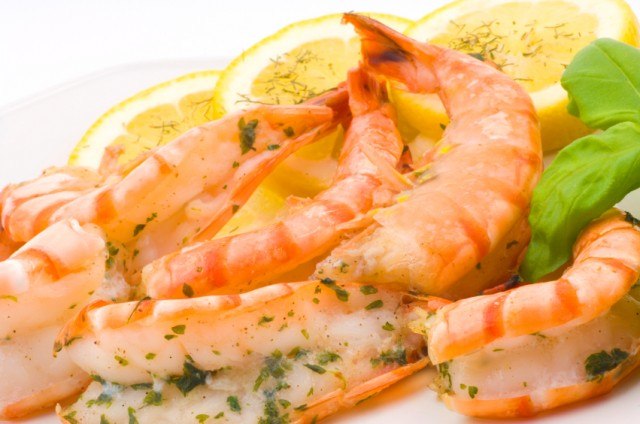 Not only is this a food safety issue, but it can also have huge impacts on the outcome of your dish. For that frozen bag of shrimp, you want to thaw completely in cold water before cooking. In his book, Fish, Mark Bittman shares that thawing too rapidly can change the cell structure, leading to potentially mushy, flavorless fish. If you’re going to thaw, do it slowly. For busy people, this will likely mean moving your fish from the freezer to the refrigerator overnight or while you’re at work. If you have time to make sure the water doesn’t warm to room temperature, which the USDA and the FDA both warn is a house party for bacteria, tightly wrapped fish (preferably vacuum sealed) can be thawed in a bowl of cold water. Replenish the water if necessary to keep it cold. Because seafood gets most of its flavor from briny, salty sea water and salt is water soluble, a naked bath can be a detriment to flavor, so make sure it’s wrapped up tight.

When it comes to seafood that fall into the small-celled and flexible category that can be thawed without harm, it’s actually much better to thaw than it is to cook frozen. These fish are so susceptible to overcooking that dinner can very quickly go south: While the inside of a frozen shrimp is still cooking, the outside is becoming rubbery; thaw for even cooking.

With fish, America’s Test Kitchen actually recommends sprinkling one side with sugar before pan-searing. It won’t taste sweet, but the sugar quickly converts to fructose on the surface of the fish, which produces a caramelized crust at around 200 degrees Fahrenheit in this instance. The Maillard reaction, which is where you’d normally get that browning from the sugar and proteins naturally occurring in the fish, will occur around 320 degrees Fahrenheit. This trick allows you to cook more quickly to prevent overcooking while still getting a great crust. Only sugar one side, only sear the sugared side, and then flip the fish and finish in the oven to cook all the way through.

It can be done! I know, you’re skeptical. But if you can get a better meal out of frozen steak than thawed steak, as America’s Test Kitchen proved, there are surely fish that are better cooked frozen than thawed. Kenji Lopez-Alt, the managing culinary director of Serious Eats, weighs in on the issue in an article for Cooking Light, declaring frozen salmon better than thawed salmon. Starting with a frozen cut of fish allows you to develop a great crust without overcooking the interior, while the center of the fish cooks up to a perfect medium-rare. Normally, it’s a delicate balance to get a good char while not overcooking the middle, but with the rate at which a fish will thaw and cook in layers under the broiler, it ends up being perfect. You may need to pay closer attention, as the timing will be a bit different from raw fish, but it’s a great way to cut the time of thawing with even better results.

When you cook frozen fish, give it a rinse in cold water first. If there’s any frost or ice, you want to wash it off and pat it dry before cooking. Do this even if you don’t see any frost or ice; as Livestrong reports, many producers will freeze a thin glaze of ice on the fish to prevent freezer burn and other damage. You don’t want this excess moisture hanging around while you’re cooking, and the most efficient way to get rid of it is to rinse it off in cold water and thoroughly pat the fish dry with a paper towel.