Why Doctors Want Your Teenager to Start School Later 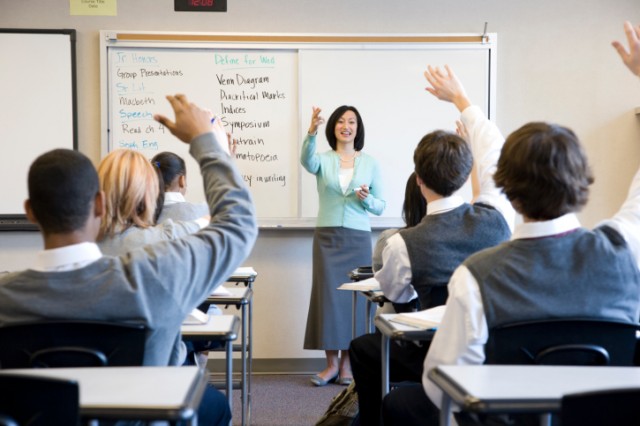 Anyone who has gone to school in the U.S. public school system can attest that waking up to make it to school by 7 to 7:30 a.m. is the worst feeling. But now there is some hope for future students as an organization of U.S. pediatricians are making the case for school to start at a later time.

According to Reuters Health, the American Academy of Pediatrics (AAP) — who published their policy statement in the journal Pediatrics — argues that past research has found that a delayed start time for school improves the quality of life of teens by impacting their physical and mental health. This, in turn, can result in improvements in academic performances. Additionally, sleep deprivation has been associated with an increased risk of depression, anxiety, obesity, and vehicular accidents.

“We want to engage in at least starting a discussion in the community,” Dr. Judith Owens, a coauthor of the policy statement, told Reuters Health. “Hopefully as a result of that the importance of sleep health as a priority will become more prominent. … I think that we definitely acknowledge that changing school start times is a challenge for many communities and that there are political, logistical and financial considerations associated with that, but at the end of the day this is something that communities can do to have a significant and definite impact of the health of their population.”

Owens also explains that sleep deprivation and the effects of waking up early can be explained by the biological changes in a teenager’s body. After puberty, the sleeping patterns in a teen is altered making it tougher for them to sleep before 11 p.m., but their need for 8 to 9 hours of sleep remains constant.

“The American Academy of Pediatrics recognizes insufficient sleep in adolescents as an important public health issue that significantly affects the health and safety, as well as the academic success, of our nation’s middle and high school students,” write the authors of the policy statement. “Although a number of factors, including biological changes in sleep associated with puberty, lifestyle choices, and academic demands, negatively affect middle and high school students’ ability to obtain sufficient sleep, the evidence strongly implicates earlier school start times (ie, before 8:30 am) as a key modifiable contributor to insufficient sleep, as well as circadian rhythm disruption, in this population.”

“A substantial body of research has now demonstrated that delaying school start times is an effective countermeasure to chronic sleep loss and has a wide range of potential benefits to students with regard to physical and mental health, safety, and academic achievement, add the pediatricians in their statement. … The American Academy of Pediatrics strongly supports the efforts of school districts to optimize sleep in students and urges high schools and middle schools to aim for start times that allow students the opportunity to achieve optimal levels of sleep (8.5–9.5 hours) and to improve physical (eg, reduced obesity risk) and mental (eg, lower rates of depression) health, safety (eg, drowsy driving crashes), academic performance, and quality of life.”

A valid point of concern with delaying the school start time is if teens will only be encouraged to stay up later since they get to go to school later. But the pediatricians say that link has not been seen thus far and apparently, studies have found that a later start time averages to students getting 50 extra minutes of sleep and one study even showed students going to bed earlier. As Owens said, “More is better, but even that modest amount of a shift can have very, very positive effects.”