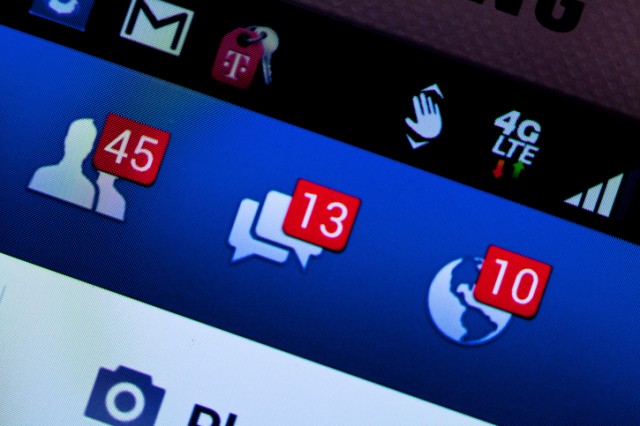 Facebook (NASDAQ:FB) is, without a doubt, the most popular social networking site. According to the company, there are 802 million daily active users and 609 million active mobile daily users as of March. What’s more, the average time spent on Facebook each time an individual visits is estimated to 18 minutes. The Pew Research Center reports that the platform is still the most dominant social networking site, as it is used by 57 percent of American adults and 73 percent of individuals ages 12 to 17.

In this study, researchers from the University of Innsbruck asked 300 subjects to take two tests to evaluate how Facebook impacts mood. The first test entailed finding out how much time a subject spent on Facebook and then asking each participant to self-report his or her mood. In the second study, some subjects were asked to spend 20 minutes on the social networking site; other participants (translation: control group subjects) were asked to browse the Internet and a third group was given no directions. All three groups were asked to self-report their overall experience. The general finding from the study was that all participants reported feeling worse about themselves after using Facebook.

“The meaningfulness actually accounts for the mood effects,” said lead researcher Christina Sagioglou, reports Mail Online. “It’s not surprising that if you do something you don’t consider very meaningful, you’re not in a good mood afterward.”

Right off the bat, the findings of this study contradict a 2012 “study” by Facebook, whose researchers conducted a nearly 700,000-person study without consent from users. As a part of the study, the “data scientists manipulated what some of Facebook’s users saw on their news feeds in an attempt to determine whether positive or negative posts altered their emotional states.” Their study, published in the March issue of the Proceedings of the National Academy of Sciences, tested if Facebook users are susceptible to “emotional contagion.”

“These results indicate that emotions expressed by others on Facebook influence our own emotions, constituting experimental evidence for massive-scale contagion via social networks,” wrote the authors of the study. “This work also suggests that, in contrast to prevailing assumptions, in-person interaction and non-verbal cues are not strictly necessary for emotional contagion, and that the observation of others’ positive experiences constitutes a positive experience for people.”

The findings of the University of Innsbruck study echo those from a University of Michigan study, published in the Public Library of Science, which found that those who spent more time on Facebook were less satisfied with life. The Economist reports that previous studies have found an association with jealousy, social tension, isolation, and depression, but the findings have been criticized due to being cross-sectional studies. The University of Michigan study, however, was the first to have these findings after following users for a longer period of time.

Curious about why Facebook makes you more miserable? A study titled Envy on Facebook: A Hidden Threat to Users’ Life Satisfaction? from two German universities last year may shed some light. Researchers from Humboldt University and from Darmstadt’s Technical University ultimately found that getting to peek into the lives of your friends’ (their vacation pics, love life, and work success) can create envy and trigger feelings of loneliness and sadness.

“We were surprised by how many people have a negative experience from Facebook with envy leaving them feeling lonely, frustrated or angry,” said researcher and study author Hanna Krasnova from the Institute of Information Systems at Berlin’s Humboldt University to Reuters. “From our observations some of these people will then leave Facebook or at least reduce their use of the site.”