Why You’re Judging People More Quickly Than You Think 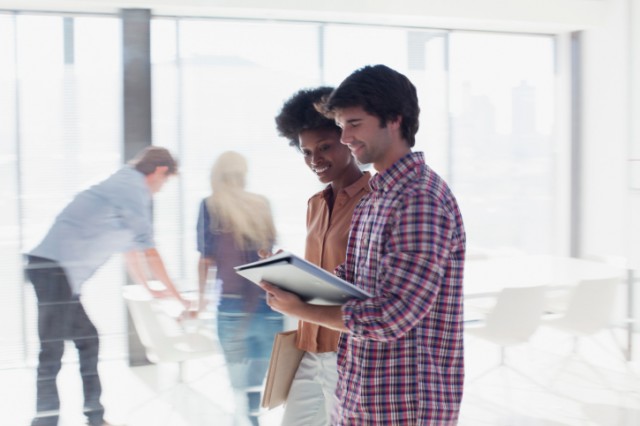 We’ve always been taught not to judge a book by its cover, but turns out our brains can’t help but to do that! A team of New York University and Dartmouth College scientists discovered in a new study that our brains make their own conclusions about an individual’s trustworthiness (or lack thereof) without us consciously knowing it.

“Our findings suggest that the brain automatically responds to a face’s trustworthiness before it is even consciously perceived,” explains Jonathan Freeman, an assistant professor in New York University’s Department of Psychology and the study’s senior author, in a university press statement. “The results are consistent with an extensive body of research suggesting that we form spontaneous judgments of other people that can be largely outside awareness.”

Published in the Journal of Neuroscience, the researchers examined a specific portion of the human brain: the amygdala. Located in the brain’s medial temporal lobe, the amygdala is associated with an individual’s social and emotional behavior. This region of the brain, according to previous studies, is also responsible for judging the trustworthiness of a face. In fact, previously neuroscientists from NYU and Harvard University were able to identify the neural systems involved in making first impressions. According to their findings, which were reported in the journal Nature Neuroscience, they were able to narrow down the amygdala and the posterior cingulate cortex (PCC) as regions responsible for making first impressions.
What makes the finding of this study novel is that it was previously not known that the brain made such judgements without perceptual awareness. Translation: We make these judgments and have no idea that we have made them! “These findings provide evidence that the amygdala’s processing of social cues in the absence of awareness may be more extensive than previously understood,” explains Freeman. “The amygdala is able to assess how trustworthy another person’s face appears without it being consciously perceived.”
In order to conduct the study, the scientists monitored the activity of the human amygdala while showing subjects pictures of strangers’ faces. The researchers found that the human brain takes 33 milliseconds — or three hundredths of a second — to decide whether or not someone should be trusted.

“One possibility is that faces that appear more untrustworthy and likely to inflict harm, or faces with stronger trustworthiness cues in general, are spontaneously tracked by the amygdala, so the amygdala could then quickly alter other brain processes and coordinate fast, appropriate responses to people — approach or avoid,” said Freeman, reports Mail Online. “This tracking would be especially pronounced for untrustworthy faces, who might inflict harm, which is consistent with what we found.”

The findings of the NYU and Dartmouth study can also shed some light into first impressions when meeting new people. A 2011 study — published in the Journal of Experimental Psychology: General – by a team of psychologists from Canada, Belgium, and the United States found that first impressions are persistent and you may not get a second chance to make a good impression.

“Imagine you have a new colleague at work and your impression of that person is not very favorable,” explains lead author Bertram Gawronski, Canada Research Chair at the University of Western Ontario in a university press statement. “A few weeks later, you meet your colleague at a party and you realize he is actually a very nice guy. Although you know your first impression was wrong, your gut response to your new colleague will be influenced by your new experience only in contexts that are similar to the party. However, your first impression will still dominate in all other contexts.”

Should the findings of both these studies be accurate, then people may only have 33 milliseconds to make a first impression, and apparently, their faces will determine their fate.