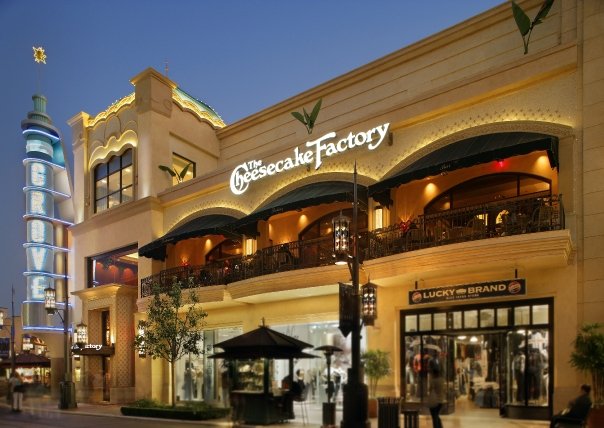 When faced with the decision of grilled chicken and vegetables versus a double burger with bottomless fries, diners tend to err towards the latter — it’s the food lover’s curse. Almost every major eatery has extremely calorific options, but there are several who lead the pack in downright unhealthiness.

The Center for Science in the Public Interest (CSPI) recently released its calorie-crammed Xtreme Eating Awards list for 2014, naming some of the most aggressive public health offenders at eateries nationwide. “Awardees” ranged from brunch offerings to desserts, included all types of chain restaurants, some of which featured dishes up to 3,540 calories! Cheesecake Factory reigned, walking away with three of the nine top prizes.

When considering brunch options, be sure not to splurge on the Cheesecake Factory’s Bruléed French Toast. This dish is a platter of custard-soaked bread with a butter-maple syrup and a side of bacon, all weighing in at a whopping 2,780 calories. This dish alone contains 93 grams of saturated fat, which accounts for almost a week’s worth of the stuff. According to CSPI, “To neutralize the calories in your brunch, you’d have to swim laps for seven hours.”

Although this happens to be among the worst, it’s far from the only offender on the Cheesecake Factory menu — just one more reason to be mindful when you’re out dining! According to CSPI dietitian Paige Einstein, “The Cheesecake Factory remains the most calorically extreme chain that we’ve seen.”

When lunch and dinner roll around at any restaurant, you’re still not in the clear. Take, for instance, the dangerously irresistible Red Robin offer of bottomless steak fries with the order of any burger. Regular burgers are a healthy eater’s nightmare, but diners should note that upgrading to a “Monster” burger (an additional six ounces of meat) will tip their calorie counts over the edge. The whole Monster Meal includes a Monster burger, bottomless fries, and a Monster Salted Caramel milkshake — totaling up to 3,540 calories.

The dish certainly sounds filling — and it had better be, given its 3,280 calories! This meal also packs in 50 grams of saturated fat and 7,610 milligrams of sodium. However, this doesn’t entirely come as a surprise, given that Joe’s Crab Shack recently received attention for serving up massive amounts of artery-clogging trans fats in its food.

While these dishes will certainly fill up any hungry eater, think twice before ordering. It could save you thousands of calories, not to mention the health problems that such a diet can lead to down the road!