Your Desk Job Can Be Deadly, But the Damage Is Reversible 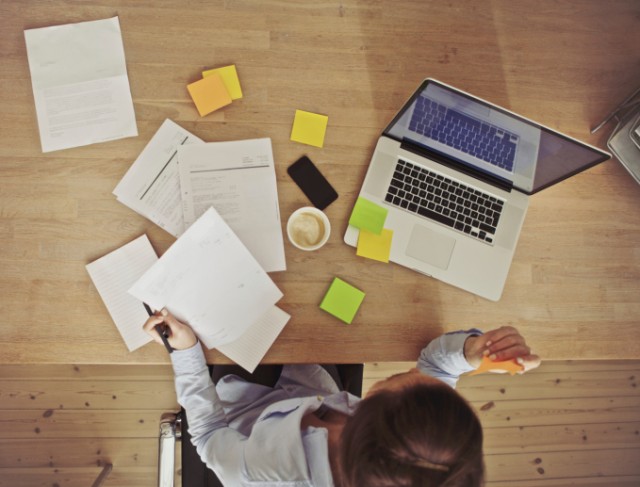 Most people have jobs that require them to sit at a desk during the vast majority of their work day. Sedentary day jobs, coupled with the increased popularity of watching TV in bed, is considered to be a significant health hazard. In fact, The New York Times reports that jobs in the current market that require labor only make up 20 percent of openings, whereas 50 years ago, they constituted 50 percent of the market.

Previous research has found that sitting down for extended periods of time can be harmful and is associated with various risk factors. According to The Washington Post, sitting for a long period of time can cause issues such as heart disease, an over-productive pancreas, a foggy brain, a strained neck, sore shoulders and back, an inflexible spine, disk damage of the spine, muscle degeneration, poor circulation, and soft bones. What’s more, earlier this year, a study of older women published in the American Journal of Preventive Medicine found that sitting for long periods of time could lead to increased odds of untimely death.

“Even if you are doing the recommended amount of moderate to vigorous exercise, you will still have a higher risk of mortality if you’re spending too many hours sitting,” said Dr. JoAnn Manson, one of the study’s authors and the chief of preventive medicine at Brigham and Women’s Hospital. “Each of these behaviors is important and has an independent effect on cardiovascular disease and mortality.”

But now, a new study from Indiana University has found that the damaging effects of sitting at your desk are reversible. The study, titled “Effect of Prolonged Sitting and Breaks in Sitting Time on Endothelial Function,” has found that the key to reversing the damage is taking walks. And lest you assume the walks have to be a full-fledged workout, think again — three easy five-minute walks are all it takes in every three-hour window.

“There is plenty of epidemiological evidence linking sitting time to various chronic diseases and linking breaking sitting time to beneficial cardiovascular effects, but there is very little experimental evidence,” said Saurabh Thosar, a postdoctoral researcher at Oregon Health & Science University who led the study as a doctoral candidate at IU’s School of Public Health-Bloomington, in a statement. “We have shown that prolonged sitting impairs endothelial function, which is an early marker of cardiovascular disease, and that breaking sitting time prevents the decline in that function.”

The study — which will be published in the spring in Medicine & Science in Sports & Exercise, the journal of the American College of Sports Medicine — used a blood pressure cuff and ultrasound technology on non-obese healthy men aged 20 to 35 years old. They found that in a three-hour time span, the flow-mediated dilation (i.e., how much the arteries expanded due to increased blood flow) was impacted by almost 50 percent after an hour. But when subjects would walk for five minutes for each hour they sat down, the flow-mediated dilation remained the same.

“American adults sit for approximately eight hours a day,” said Thosar. “The impairment in endothelial function is significant after just one hour of sitting. It is interesting to see that light physical activity can help in preventing this impairment.”