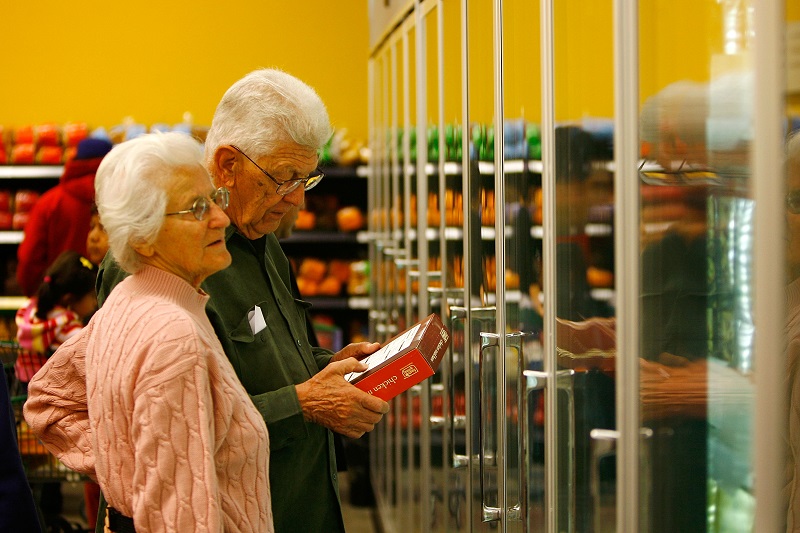 A food budget is a big part of your personal finances. A guy has to eat, after all. But with wildly fluctuating food prices over the past several years, that budget can be hard to maintain. And when you add in the persistence and alarming regularity of large-scale food recalls? You might end up literally throwing that food you budget for into the garbage.

A food recall is designed to protect you from getting sick, but it can also take a bite out of your wallet. With several food companies issuing recalls this year alone, it can be difficult to keep track of what you need to steer clear of. The last thing you want to do is spend money on food you can’t eat.

Recently, CRF Frozen Foods issued a huge recall of frozen produce. You may have some of this sitting in your freezer right now, which you spent hard-earned money on. It’s essentially worthless now — which is why food recalls matter. Throughout the years, food recalls have cost shoppers billions. Though companies do offer to settle up with consumers, it’s easier to just toss the food in the dumpster and move on.

Here are some of the largest and costliest food recalls in American history. 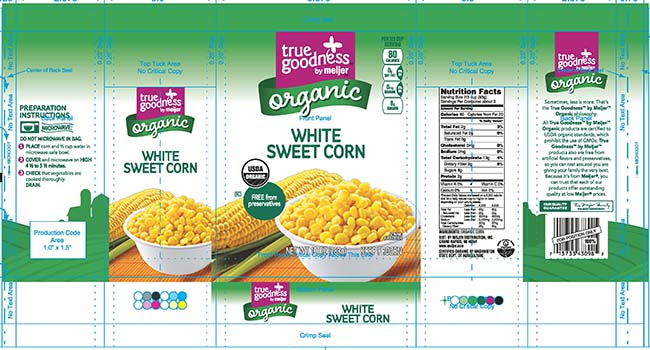 We start with the most recent large-scale food recall in the U.S. CRF Frozen Foods, which operates out of central Washington state’s Pasco, recalled a huge amount of frozen vegetables due to listeria concerns, which are sold all over the country under several different brand names. Millions and millions of dollars worth of product were tainted and included a wide swath of fruits and vegetables.

“All affected products have the best by dates or sell by dates between April 26, 2016 and April 26, 2018. These include approximately 358 consumer products sold under 42 separate brands,” the FDA said. 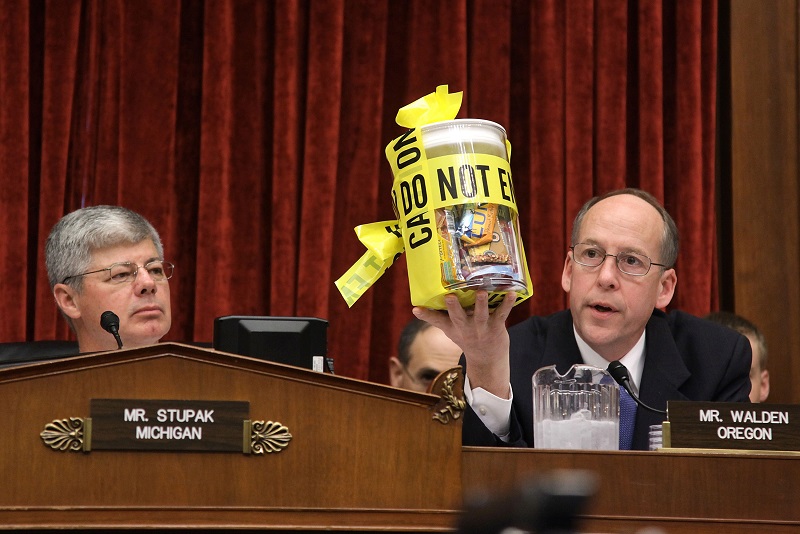 Members of Congress question Stewart Parnell, owner and president of the Peanut Corporation of America in 2009 | Mark Wilson/Getty Images

You may remember a big hullabaloo about peanut butter several years back, and that involved the recall of more than 2,000 peanut-based products. Peanut Corporation of America was the culprit behind a number of salmonella poisonings that killed eight people and sickened hundreds more. The company’s owner and operator, Stewart Parnell, famously said “just ship it,” despite knowing his product was dangerous. 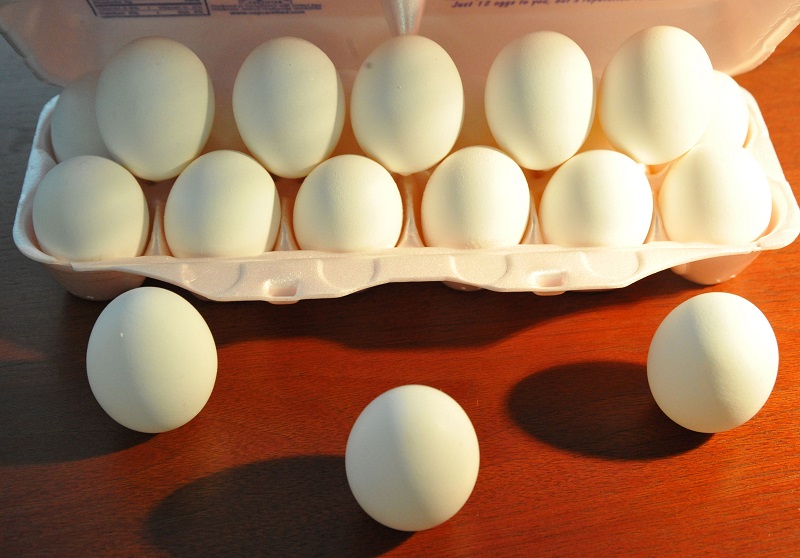 Eggs sit in an egg carton in Washington, DC after a 2010 recall | Karen Bleier/AFP/Getty Images

Back in 2010, more than 550 million chicken eggs were recalled after 1,500 people came down with salmonella poisoning. The two companies at the heart of the issue — Wright Country and Hillandale Farms Eggs — were both based in Iowa, and both found that the egg shells themselves were the cause. The FDA said that the problems resulted from poor sanitary conditions on the farms. 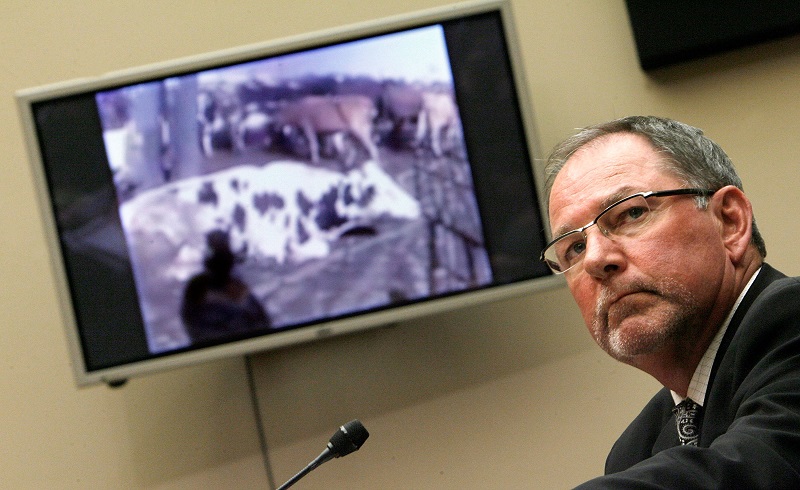 In one of a great deal of beef and poultry recalls, 2008 saw more than 143 million pounds of beef recalled — which was the largest recall of its kind in history. Hallmark/Westland Meat Company, which is now defunct, was forced to recall the meat not because it had sickened anyone, but because video footage of animal mistreatment had made its way to the masses. The recall forced the company into bankruptcy after it was found it had been violating federal regulations. 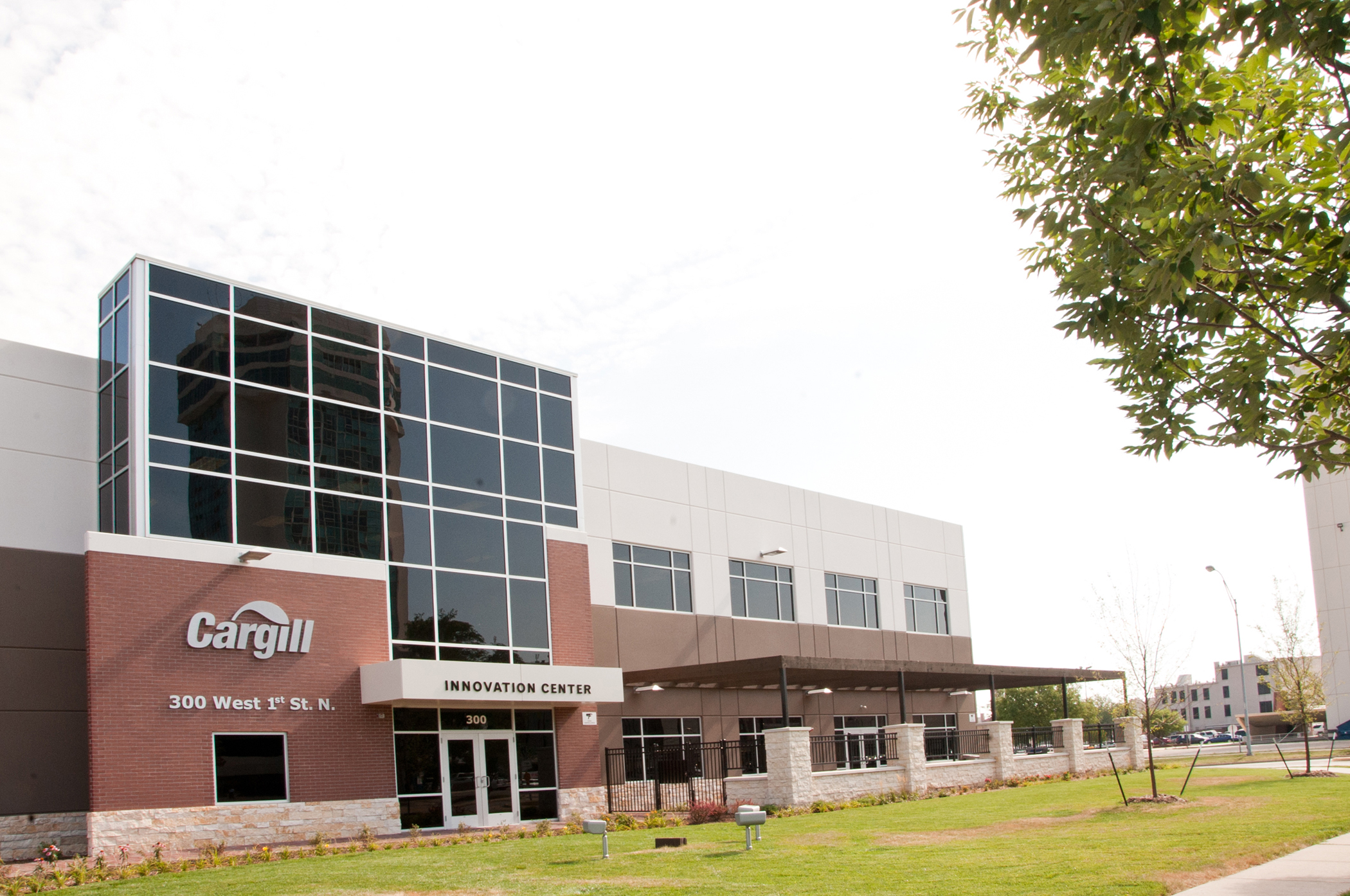 Turkey may be a leaner, healthier alternative to beef, but that doesn’t make it inherently safer. Such was the case in 2011 when agribusiness giant Cargill had to recall salmonella-tainted turkey and other meats — 36 million pounds of it. Later, another 185,000 pounds of the same meat was recalled as well. 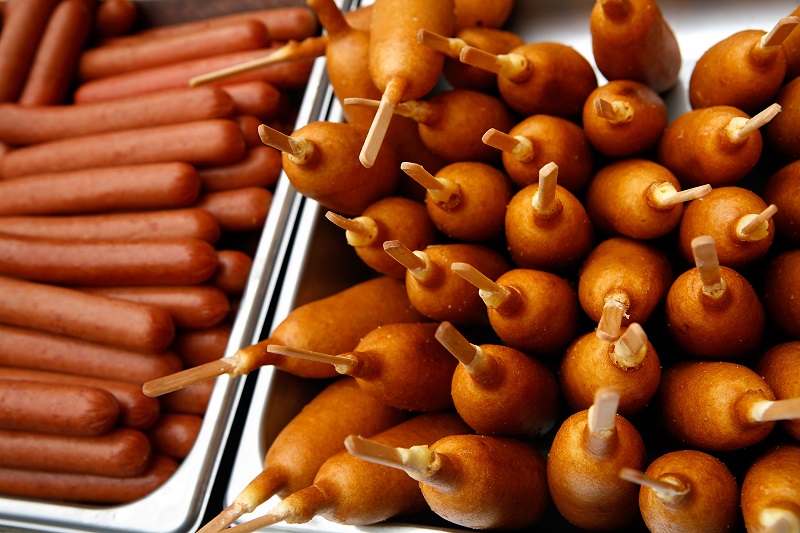 You know you probably shouldn’t eat hot dogs, but damn if they aren’t delicious. Unfortunately, the magic mixture of meat stuffs sometimes comes back to bite you, as it did back in 1998 when listeria killed more than 20 people, and made more than 100 others ill. Sara Lee recalled 35 million pounds of hot dogs and deli meats as a result. 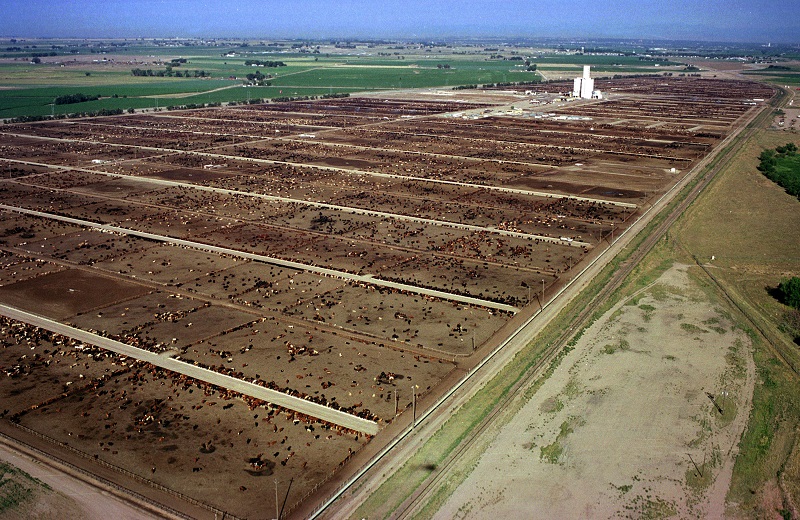 Contaminated “beef trim” was behind the 2002 E. coli outbreak at ConAgra Foods feed lots back in 2002. A recall was put into effect that led to the call back of 19 million pounds of beef after 19 people in six different states became sick. At the time, it was the second-biggest beef recall in history. 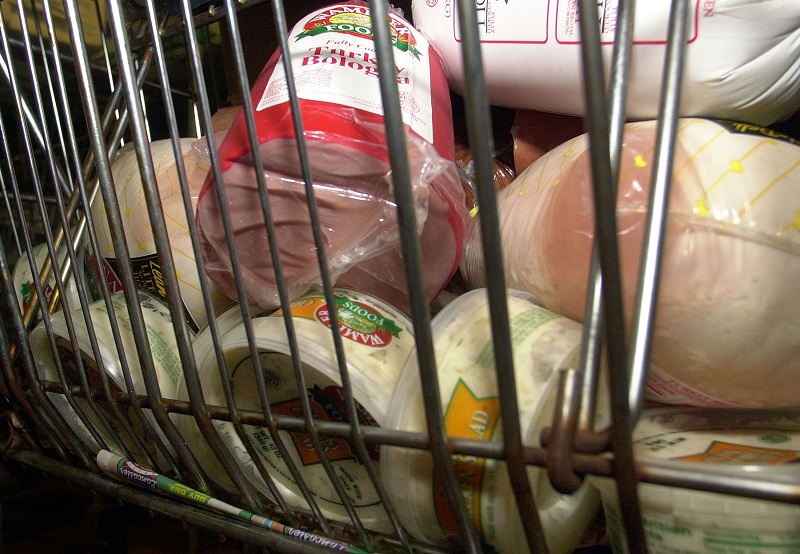 Wamplers Foods meat products wait to be returned to the company, after being pulled from a supermarket shelf | William Thomas Cain/Getty Images

Roughly 27.4 million pounds of chicken and turkey were recalled by Pilgrim’s Pride in 2002 after listeria was detected at a Pennsylvania processing plant. 46 people became sick, and seven people died as a result. There were even miscarriages tied to the meats after pregnant women consumed them.

And we’re evidently not out of the woods yet, because just this year, another recall forced consumers to discard 4.5 million pounds of chicken due to contamination from wood, plastic, metal, and rubber. 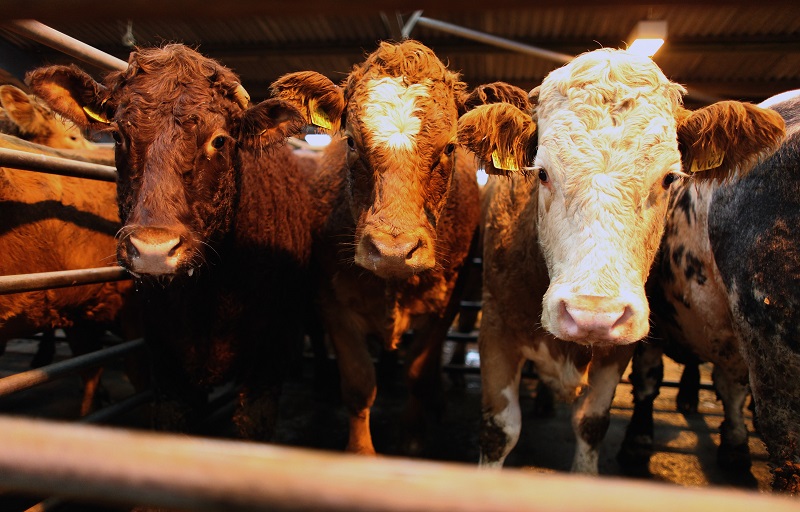 In 1997, the biggest food recall in history (at the time) was issued by Hudson Beef, when 16 people became sick due to E. coli poisoning. In all, 25 million pounds of beef was recalled. Hudson Beef had been a supplier for Burger King — a contract which it lost following the recall. 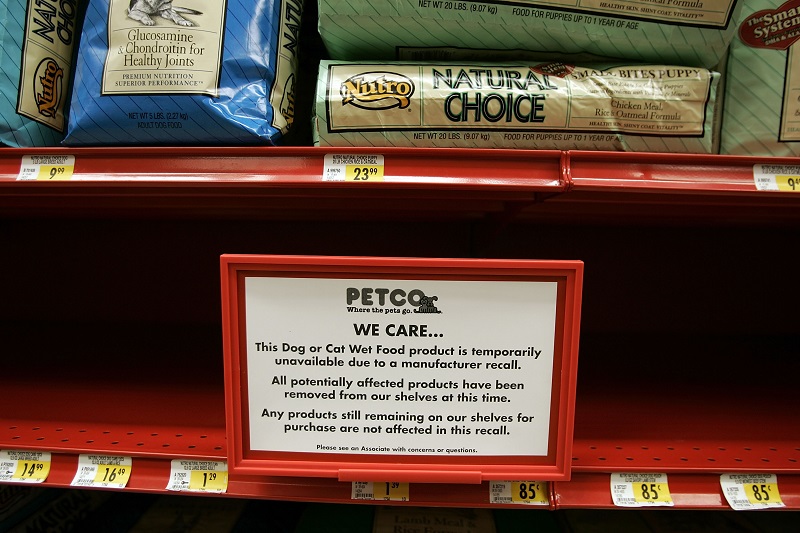 People aren’t the only ones at risk from tainted food, as pet owners found out in 2007 when more than a dozen pets were killed by bad wheat gluten from China contained in some pet foods. Menu Foods — the company which sold the bad pet food — recalled 60 million units of pet food. Melamine was found in the food, which caused dogs and cats to have kidney failure and die.