10 Ford Vehicles That Will Be Classics in 20 Years

It can be tough to pick out a future classic car on any kind of budget. When money is no object, taking Hagerty’s advice and snatching up a mid-1990s Porsche will work just fine. However, most enthusiasts would be better off tackling the domestic market of recent years. With a narrower focus, you might find some deals on the table.

Take the departed Chevy SS as an example. A few decades from now, folks would likely get amped up about a 415-horsepower sedan — especially one that didn’t sell well in America. Yet a late-model, low-mileage SS can be found for under $35,000. If you’re a collector, it could be a safe bet.

Detroit’s other big player has some potential classics of its own cruising around. Looking at the Ford lineup from the past 15 years, you’ll find limited-edition Mustangs, departed nameplates, and even some opportunities for a Mercury rebirth. Here are 10 modern Ford vehicles that should be classics in 20 years. 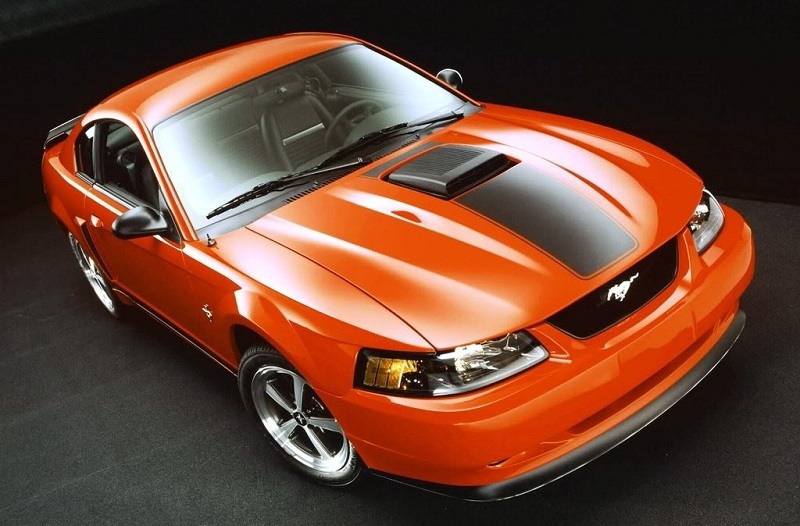 By 2004, Ford had seen success with its Mustang Bullitt tribute (’01) and Mach 1 (’03). The “Living Legend” series continued with the second and final model year (’04) of the Mach 1. This time around, Competition Orange was a color option, and Ford only made 1,039 models in that glorious shade. Obviously, any one you can find will be a collector’s item (it already is), but so are the 6,000 made in other colors. The ’04 model was the last of the Fox Mustangs.

Next: This performance pickup should be in hot demand by the 2030s.

While there could be millions of F-150s in circulation in coming decades (even after 2035), there will be few Ford Raptors. If you are talking about the Special Vehicle Team (SVT) Raptor that appeared for four model years (2010-13), there will be fewer still. For the best shot at a collector’s item, look for a 5.4-liter model from the first year of SVT Raptor production. Only 4,635 made it to market, so a model in good condition will be rare.

Next: This supercar is a safe bet to be among future Ford classics. 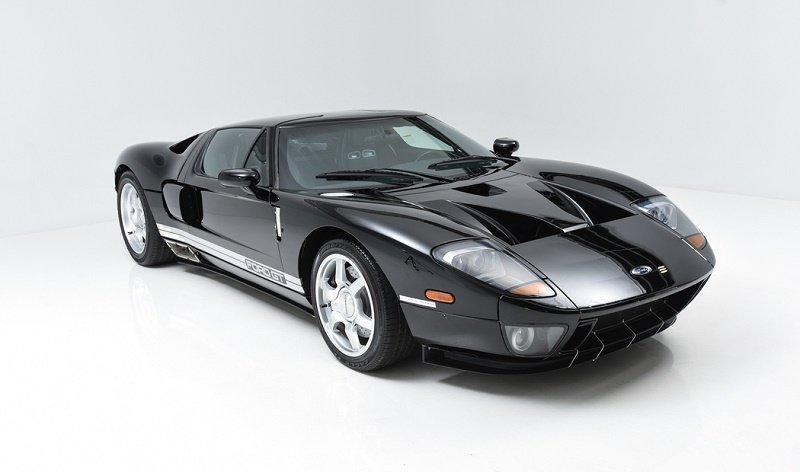 Next: Both the make and model of this car disappeared by 2010. 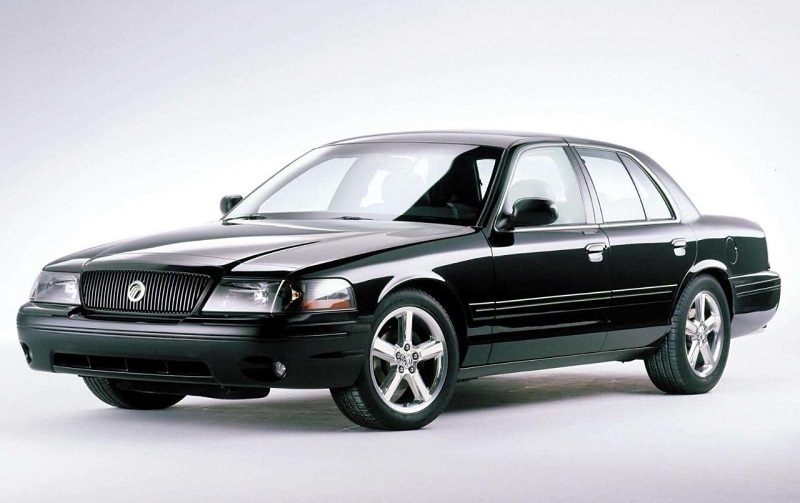 Mercury didn’t last beyond 2010. The Marauder sedan, which was a high-performance revival of an old Merc, only lasted two years (2003-04). However, in that short time, Ford produced 11,000 models, most of which came with a chrome-tipped dual exhaust and other vintage gangster flourishes. Find one from either model year and you’ll have a 302-horsepower surprise for future collectors.

Next: A 2011 redesign changed the entire complexion of this classic SUV. 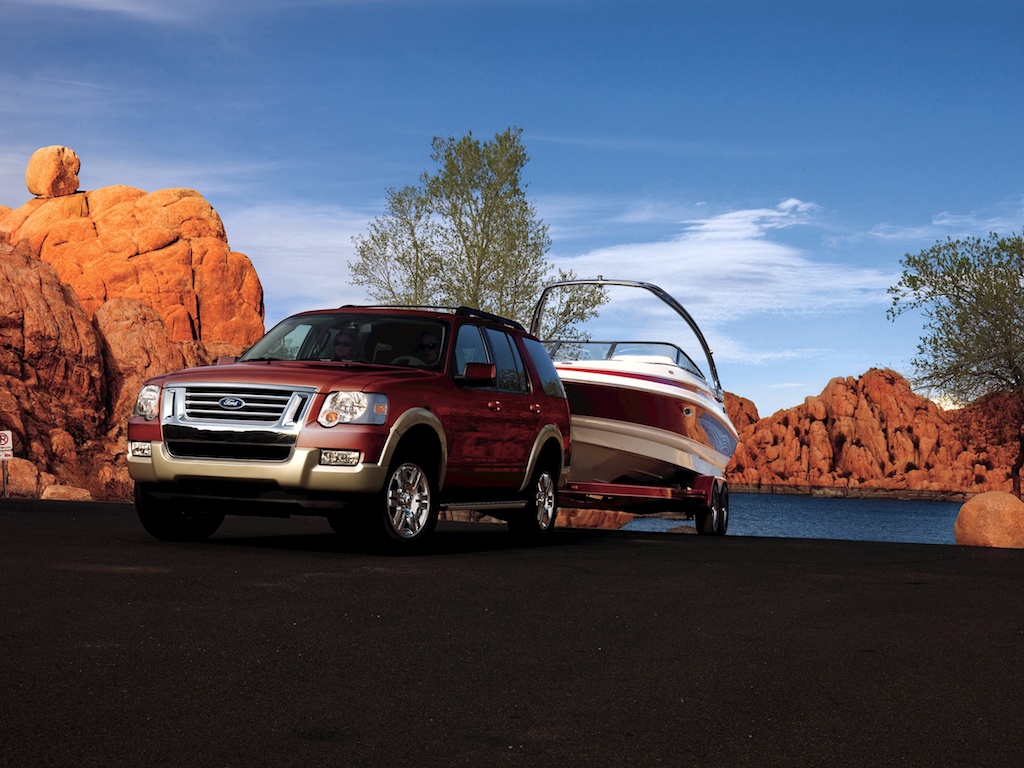 Vintage SUVs have been all the rage in recent years, with the Ford Bronco market hitting sky-high valuations in 2017. Collectors looking for a more affordable angle might turn to a Ford Explorer from the pre-crossover phase. Before 2011, this rugged model featured body-on-frame construction and a classic look. Find one in great condition from the last generation (especially 2009-10) and you’ll have something collectors should crave.

Next: One of the best muscle cars ever made is available new in 2018. 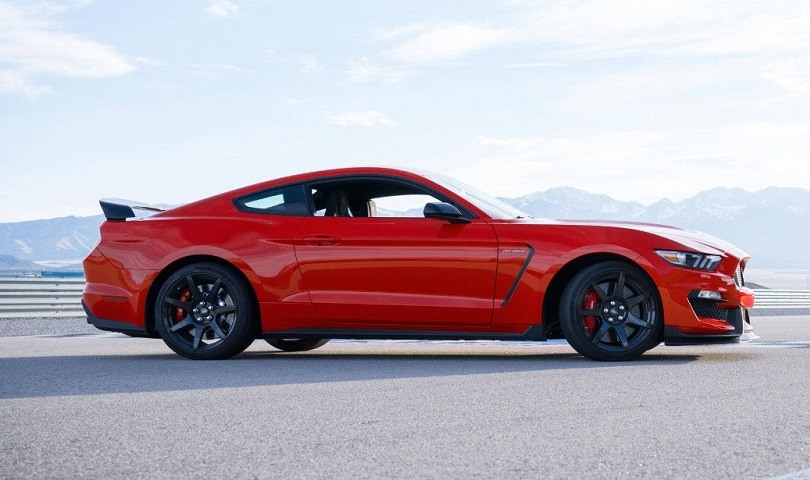 What’s 526 horsepower between friends? People are dying to get a chance to drive this car in 2018, and we don’t see that changing any time within the next 20 years. Ford has an obligation to deliver a legend every time it creates a Shelby, and the 350 (and 350R) clearly live up to the billing. All things considered, it’s a steal at $57,145, as it’ll probably be worth a lot more decades from now.

Next: Ford’s original performance pickup had a knack for sprinting. 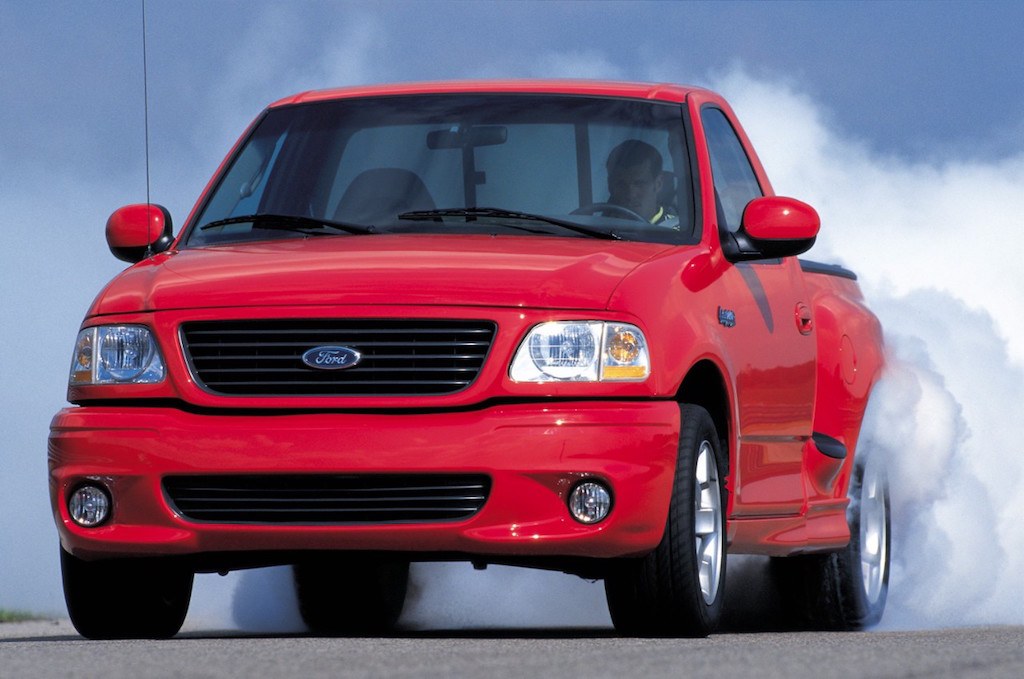 Lightning struck for nine model years between 1993 and 2004, after which the SVT F-150 finally sped off into the sunset. Capable of hitting 60 miles per hour in 5.6 seconds, this truck could sprint. However, the 2003 edition’s top speed of 147 miles per hour really made Lightning a legend. Twenty years from now, its place in history should be even more secure, and it will be valued accordingly.

Next: The Ford Mondeo platform yielded one of the oddest SVT projects to date. 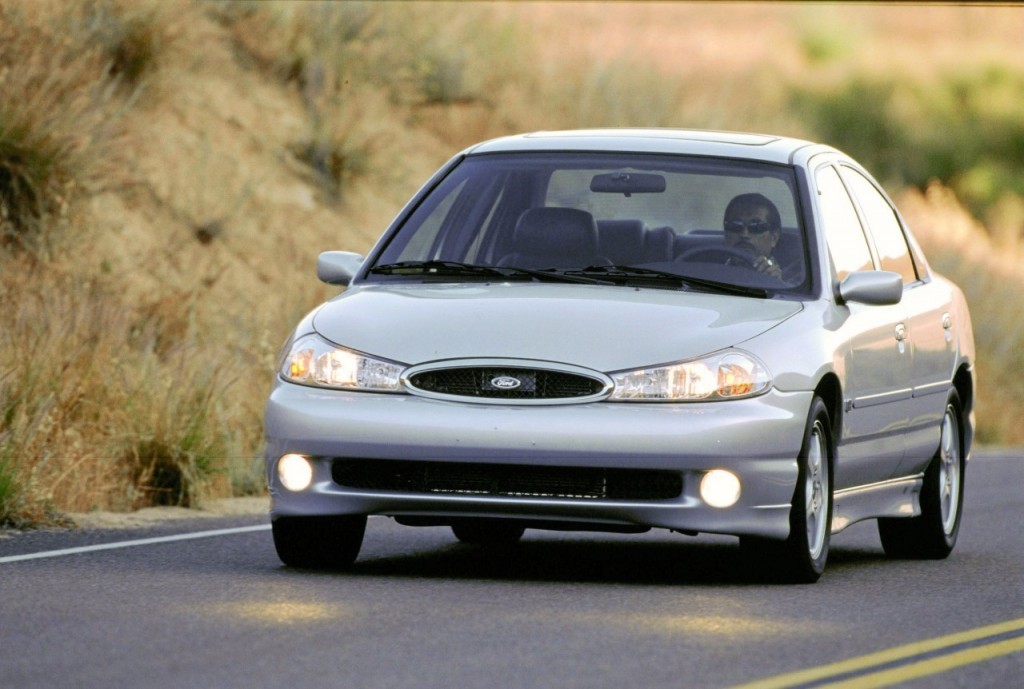 Ford took its Mondeo platform from Europe to produce the Contour and Mercury Mystique from 1995-2000. Before that run ended, the SVT folks had a go at the Contour for three model years (’98-’00). Collectors might hone in on the ’99 model, which delivered the most power (200 horses) and sold in low volume (2,760 units). Its leather interior should add to its collectability.

Next: Ford’s latest supercar has all the makings of a future classic. 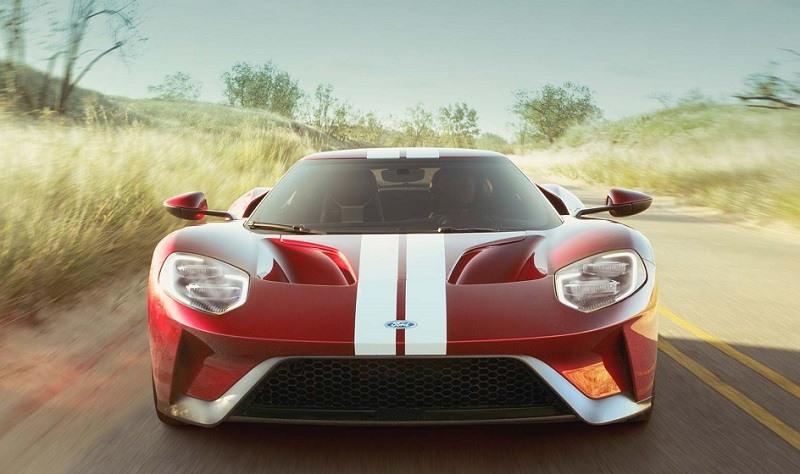 This one costs a fortune ($450,000) and enters the market with a limited run (1,000 units). Clearly, the 647-horsepower, mid-engine GT will be among the most desired future Ford classics — if you manage to get your hand on one. (Ford managed to pack in all that power via a 3.5-liter EcoBoost V6.) While we’re dreaming, we may as well recommend the GT in Le Mans Red with white racing stripes, though a few other color combos work, too.

Next: There was only one ‘Terminator’ in the last decade. 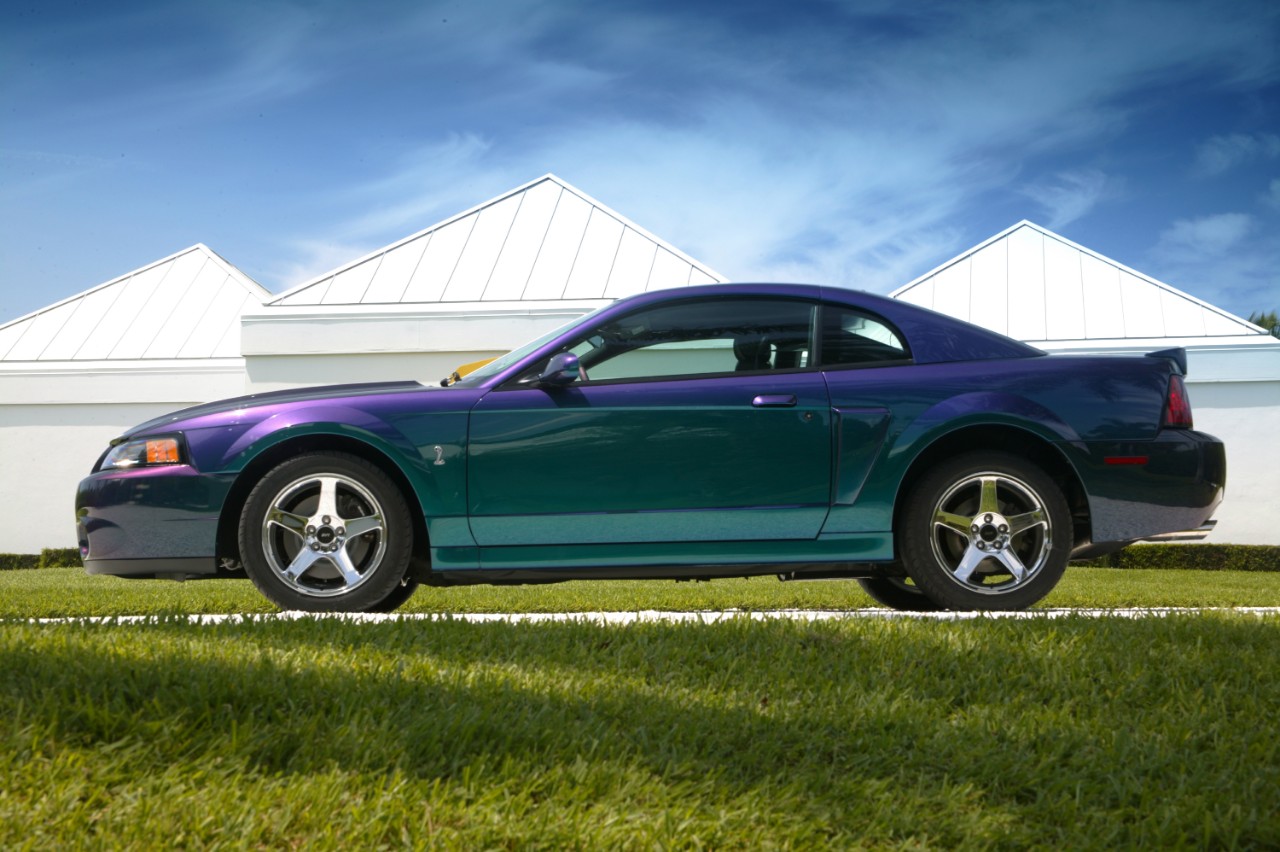 Vintage Mustang enthusiasts celebrated when Ford delivered the SVT Mustang Cobra in 2002. Working with a supercharged V8 capable of 390 horsepower, the ’03 model dubbed “Terminator” remains one of the fastest Ford ever made. It flashed from zero to 60 in 4.8 seconds and ran the quarter mile in 13.1 seconds. Most appealingly, it sold in low volumes as both coupe (8,394 units) and convertible (5,082 units).