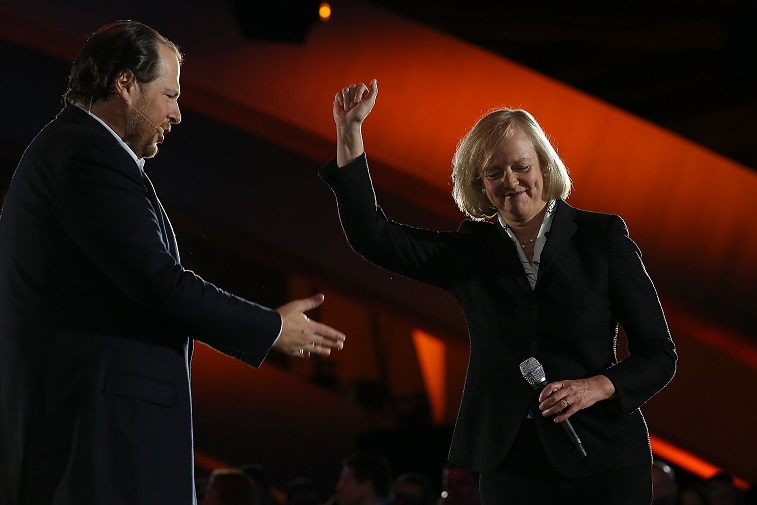 Women are making some serious headway in the office — and that includes the boardroom. Not only are there studies showing that female CEOs are out-earning their male counterparts among the S&P 500, but women are climbing the ranks of the world’s largest corporations like never before. In fact, women are now some of the most powerful business moguls in America.

With all of the attention that the gender earnings gap has been given over the past several years, seeing more and more women take high-earning leadership positions in large organizations is most definitely a sign of progress. Not only are these women acting as trailblazers, but they’re proving wrong some of the outdated, yet still pervasive stereotypes that females are not equipped for leadership roles. In fact, studies are showing now that women may actually be better equipped to lead than men, though female leadership is still lacking among the world’s top companies.

According to a Pew Research Center study, women face significantly different barriers to the top than men. Among them are the fact that women are held to a higher standard in everyday tasks, they lack access to strategic interpersonal connections, and that family duties still demand a good portion of time and attention. But the times are changing, and we’re seeing that change manifest in the number of women who are successfully breaking through the glass ceiling, and in the number of dollars female CEOs are pulling in annually.

Though there has been significant headway for women, only Yahoo’s Marissa Mayer ranks among the top ten highest-paid CEOs this year — although that could change soon.

The top ten highest-earning female CEOs list comes to us via a joint study between the Associated Press and Equilar, a company that specializes in providing compensation data. This year’s Pay Study, which is released annually, analyzed the compensation packages of 340 CEOs from S&P 500 companies, that have served at least two years in their current role. After releasing the initial Pay Study in 2011, there have been four names that have yet to fall out of the top ten — all of them men.

The one woman who has been able to crack the top ten is, again, Marissa Mayer, who earns far and away the most out of the female CEOs that the Pay Study took into account. Mayer’s pay is nearly double that of Meg Whitman, for example, who is the CEO of Hewlett-Packard and makes just south of $20 million per year.

There are other women in the CEO role, most notably Oracle’s Safra Ada Catz, who were not included in the Pay Study by the AP and Equilar. Catz earns $37.7 million per year, earning her the second spot on the list, but wasn’t included in the AP/Equilar study because she has only been in her role since late 2014 — under the two-year mark necessary to qualify. She is, however, included on our list.

The entire top ten is listed below, with each executive, their company, and their annual compensation ranked in descending order. Without a doubt, these women represent only the beginning stages of a new push for power by female business leaders.