Over the past few years, we’ve heard a lot about the 1 percent and the 99 percent. But who are the 1 percent? Are they the CEOs, Wall Street millionaires, and executives we’ve come to know and love/hate?

While some of those top execs may very well be part of the 1 percent, you may be surprised to find out that people from all walks of life are part of this group, too.

Business Insider recently published data that indicated the annual salary you’d need in each state to be considered a part of this high-earning group. Here’s a state-by-state breakdown of the minimum yearly income you would need to be in the top 1 percent of earners in your state. 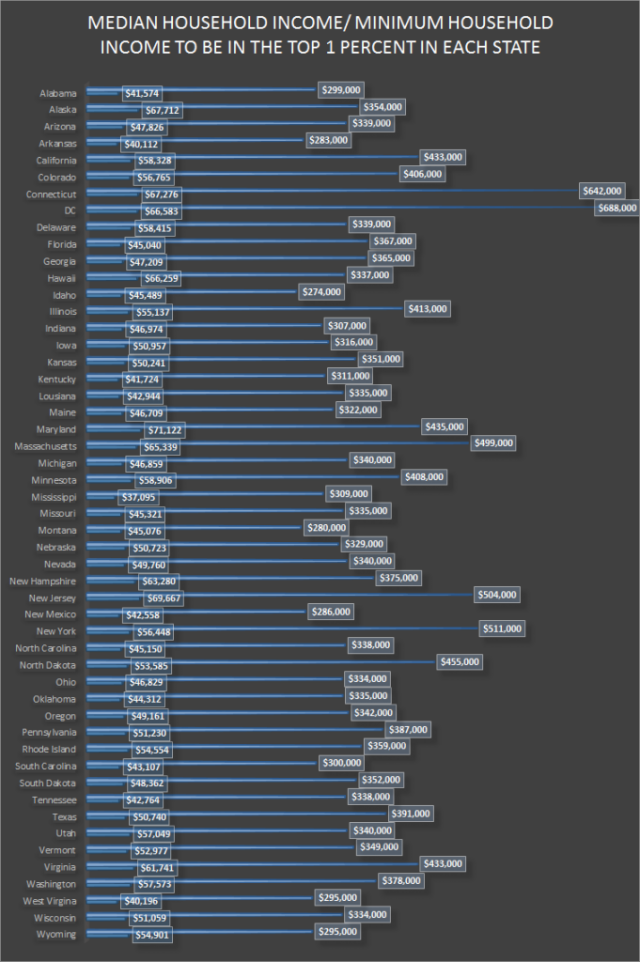 States where you have to earn the most to be in the 1 percent:

States where you can earn the least and still be in the 1 percent: 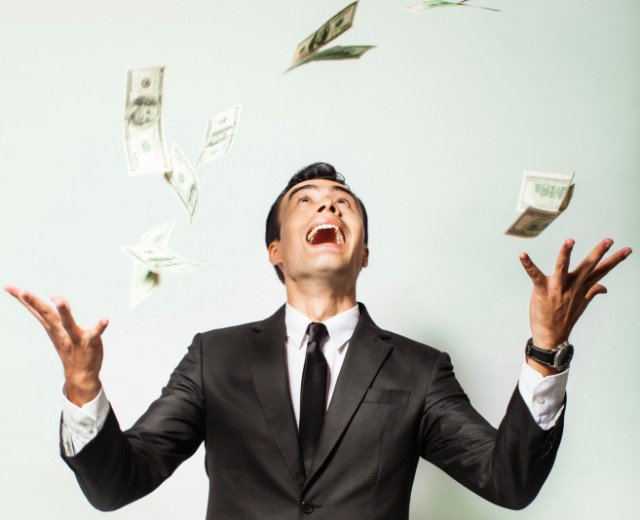 There were some other interesting findings within the data, as well. Look at Alaska and Hawaii: In both of these states, the median household income is much higher than the U.S. median. Alaska and Hawaii rank in the top 10 for median income, with median annual incomes of $67,712 and $66,259, respectively. However, in spite of greater median incomes, neither of these states requires an extremely high income to make it into their state’s top 1 percent, based on this data.

North Dakota is another unique state. Although the top 1 percent earns much more than it does in other states, the median earners are bringing in about the average.

Making it into the 1 percent

These numbers may serve as a guide, but they probably should not be the center of a goal. That is, you can use these numbers to see what the top earners are bringing in each year — you can even compare your income to the figures — but keep in mind the limitations of the data.

These numbers may not accurately account for a successful business owner whose company is profitable and who may not take a high salary so that she can pay her employees better compensation, or a parent who has devoted his entire life to raising his kids. They cannot measure success, as that is much more personal and unique to each individual.

If you are intent on making it into the 1 percent, there is no specific job or path that will quickly get you there. A New York Times article from a while back showed that members of the 1 percent come from a wide variety of jobs, ranging from managers to teachers to nursing aides. Even cashiers were included on the list of people in the 1 percent.