10 States With the Lowest Energy Prices 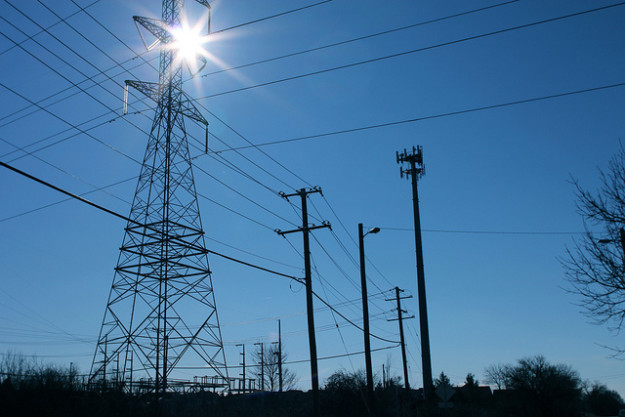 One of the more complicated measurements in the entire economic structure is the price of energy. Energy itself is a nebulous commodity, and can come in a variety of shapes and forms. It’s produced through many different methods, some controversial, others requiring little to no effort at all. There are fortunes made and lost by speculating on the future of energy production, and billions upon billions of dollars spent to build up infrastructure with which to transport it from areas of high concentration to those with very little.

You could say that energy is probably the most important commodity in the world today. Wars are fought over it, as seen in the Middle East over the past several decades. There are also hot-button domestic issues with the advent of hydraulic fracturing, deep-sea drilling, and other risky extraction methods becoming mainstream methods for energy production. One example of a current issue facing government regulators is the proposed Keystone XL pipeline, which would funnel large amounts of valuable oil from Canada to the Gulf of Mexico, creating an economic boom in terms of employment and profit, but also come with significant risk to the environment. With all of the inherent risk that energy production poses to the environment and to citizens’ health, there are also rewards in the form of lower prices and large profits.

Energy is required to accomplish almost everything, from commercial activity for small and large businesses, to leisure and recreational activities for everyone around the world. America is an extraordinarily wealthy country, with a lot of purchasing power that helps bring in energy from foreign producers to help sustain everyday life for domestic activity. Throughout the years, the U.S. has relied heavily on oil imports from places like Saudi Arabia and Kuwait, creating all kinds of political strife and instability. Increased production domestically is looking to change that, as Americans are putting an emphasis on self-reliance like never before.

States across the nation are experimenting with different methods of energy production, and using a variety of regulatory and tax incentives to launch new ventures. Solar energy is starting to pick up serious traction, and wind and tidal turbines are popping up all over the place. Natural gas and domestic oil production are also gaining a lot of headway, and fracking — albeit incredibly controversial — has lead to a new age of cheap and widespread extraction.

The U.S. Energy Information Administration has taken many variables into account, and tracked the prices of energy in all states for a long time running. They’ve put together a list of  the ten states where energy prices are the lowest, ranked in dollars per million BTUs, which stands for the British Thermal Unit. A BTU is a calculation of the amount of heat energy required to raise the temperature of one pound of water by one degree Fahrenheit. The BTU measurement allows for an easy energy equivalent for comparison across the many different energy forms.

Here are the ten states where energy prices are the lowest, according to the U.S. Energy Information Administration.

The folks in Idaho are fortunate to live next to a prime resource for energy: the Snake River and its tributaries. There are 17 hydroelectric power plants that use the river to generate electricity, providing over 1.7 million kilowatts of energy to Idaho residents. With the help of all of that hydroelectric infrastructure, the EIA’s numbers indicate Idaho spends $19.87 for every one million BTU. 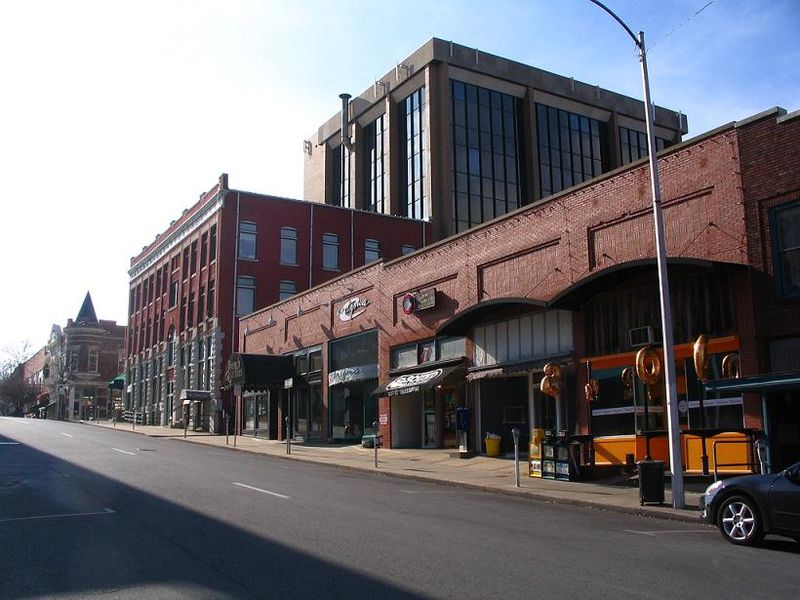 Arkansas doesn’t usually come to mind when you think of cheap energy, but by spending $19.87 on every one million BTUs, the same as Idaho, Arkansas finds itself in the upper echelon. The production of natural gas has been a boon for Arkansas, as the state ranks high in the amount of proved reserves it possesses, and also fairly high in the marketed production of said gas. The state ranks 15th in the country for overall energy production, and 8th for natural gas production alone.

The state still relies rather heavily on coal, as coal-fired power plants were the supplier of 53 percent of the state’s electricity in 2013. As far non-hydroelectric renewable energy, biomass supplied all of the state’s electricity production last year. Notably, the production of marketed natural gas has exploded over the past six years, doubling from 2008 to 2012, and accounting for 4.5 percent of the U.S. total.

Another state seeing major growth in natural gas production is Alabama, which has seen the amount of wells rise over the past few years to rank 14th in the country today. Alabama is home to valuable ports such as Mobile, allowing for importing and exporting of coal and oil. In 2012, Mobile was the fourth largest seaport for exporting coal. The total expenditure for one million BTUs by Alabama came in at $19.74.

With wide open prairies and a sparse population, the citizens of Nebraska have been able to take advantage of spacious farmlands to become a major producer of ethanol and oil. In fact, the state ranks second in the country in corn-based ethanol production, and oil production is set to accelerate with the emergence of the Niobrara shale formation as a major source of potential profit for energy companies.

Nebraskans can look forward to decreasing costs over coming years, as renewables become more widespread across the state in addition to boosts in oil and gas production. The National Renewable Energy Laboratory has estimated that 92 percent of the state is suitable for wind-powered electricity generation, and there looks to be plenty of room for solar panels as well. Right now, one million BTUs costs a mere $19.63 for Nebraskans.

The citizens of Illinois are one of the country’s top producers of both coal and electricity, as well as a hub for moving valuable resources throughout the country due to its centralized location. Chicago’s proximity to Lake Michigan make it easy to transport large quantities of resources all the way to the Atlantic, or bring resources into the heart of the nation where they can easily be moved on. An abundance of coal mines and ethanol production also help keep energy costs low, to the key of $19.10 per one million BTUs.

One area where Illinois excels is energy production from nuclear power, as it makes 12 percent of the country’s entire supply all on its own. A surprising resource available to energy companies is coal, which seems somewhat out of place away from the mountains of Appalachia. Illinois ranks second in the country in the amount of recoverable coal reserves at producing mines, making for an easier time pricing energy futures, along with increasing production in oil and natural gas. 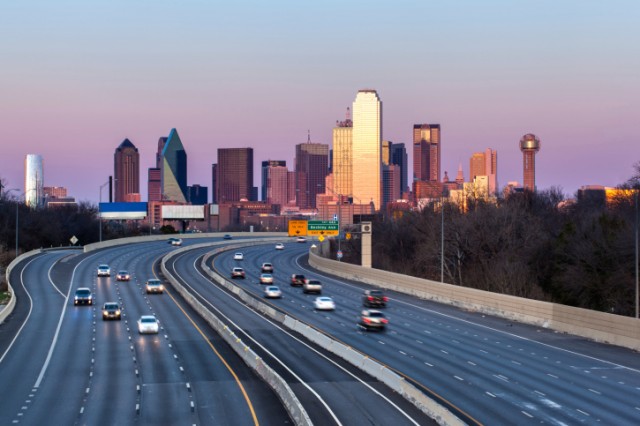 The Lone Star state comes as no surprise to anyone that has been watching the world of energy prices and production over the past decade or so. Texas, with its huge land mass, proximity to the Gulf of Mexico, and several major cities has many resources available to it, and by using a signature blend of those resources, the state is able to keep energy costs low for its citizens. Texas spends only $18.82 per one million BTUs, and can proudly call itself the nation’s top producer of crude oil, and producer of more than 25 percent of all U.S. natural gas production.

But it doesn’t stop there: Texas is also the top producer of total energy in the United States, as well as subcategories of electricity and natural gas. It also ranks sixth in the amount of coal produced. The state is home to 27 petroleum refineries, producing more than 5 million barrels of oil per day. Texas is an energy behemoth, and with all of its infrastructure and resources, is able to keep energy costs very low for residents. 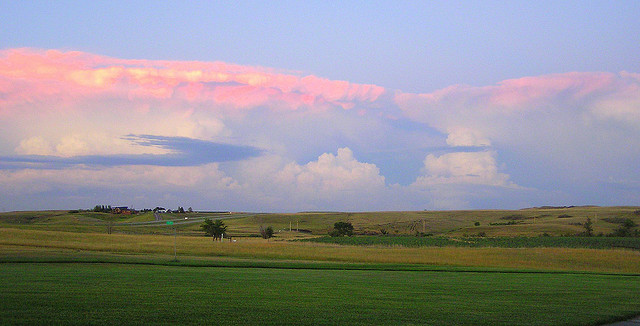 The miraculous emergence of North Dakota as a hub for energy production has not gone unnoticed. Thanks to unprecedented natural gas and oil production on the Bakken shale formation, North Dakota has attracted many energy companies, and thousands of workers, all making healthy profits. North Dakota has become one of the nation’s leading producers of crude oil in the country, and it doesn’t appear things will slow down anytime soon.

An overabundance of resources and a very small statewide population has led to energy prices shooting downward, landing at $18.14 per one million BTU. Other areas of strength for North Dakota are in coal reserves, of which it has 6 percent of the nation’s total. There is a high demand for energy during the winter months, however, when extremely low temperatures force many to crank the thermostat. This has led to the state’s per capita energy consumption to rank rather high, despite its high ranking in production as well.

Staying in America’s heartland, Indiana ranks a state with one of the lowest energy costs in the country — just $17.86 per one million BTUs. Indiana doesn’t have one particular area of strength, rather it relies on a blend of different resources to keep energy costs down. Perhaps the state’s biggest area of production is in coal, of which it ranks seventh in the nation. Electricity production is another strength, where it ranks tenth. Coal-fired power plants supplied 84 percent of the state’s net electricity generation during 2013.

The Whiting oil refinery has the country’s largest processing capacity outside of the Gulf Coast states, and the biggest geothermal heating and cooling system in the country is currently being built in the city of Muncie. Another area that helps keep costs low and production high is in ethanol, of which the state can produce more than 1.1 billion gallons annually.

Proving that the Midwest is a production stronghold for the nation overall, Iowa ranks second in the lowest energy costs in the U.S. Citizens of Iowa pay only $17.82 per one million BTUs, placing behind only one other state in the country. Iowa doesn’t rank highly among any of the top production categories at all, only 26th in electricity production, and 24 in total energy. It is, however, the nation’s leader in ethanol creation, making up 26 percent of the nation’s total in 2011.

Much like Nebraska, Iowa is in a prime position to take advantage of wind-powered electricity production. In fact, 27 percent of the state’s total power production came from the wind, helping drive energy prices way down. That number has also helped Iowa rank third in the country in power generation from non-hydroelectric renewable sources. As solar energy expands, it could also end up being an area of strength for the state, which has plenty of wide open space for panels and additional turbines.

Home of the Yellow King and the nation’s least expensive energy, Louisiana residents pay only $15.54 per one million BTUs, far better than any other state in the country by more than two dollars. A number of variables play in Louisiana’s favor: it’s located on the Gulf of Mexico, is a hub for imports and exports, and access to all kinds of pipelines and deep-sea drilling. The state ranks third in the country in overall energy production, and places especially high in natural gas and crude oil creation.

The state is home to 19 operating refineries, and the Louisiana Offshore Oil Port is the only one in the U.S. with the capability to offload deep draft tankers. The Henry Hub in Erath is the meeting point for more than a dozen pipelines from across the state and country, and also is used as the pricing point for natural gas futures trading. In all, Louisiana is an energy nerve center for the country as a whole, and the citizens of the state get to reap the benefits in the form of less costly prices.